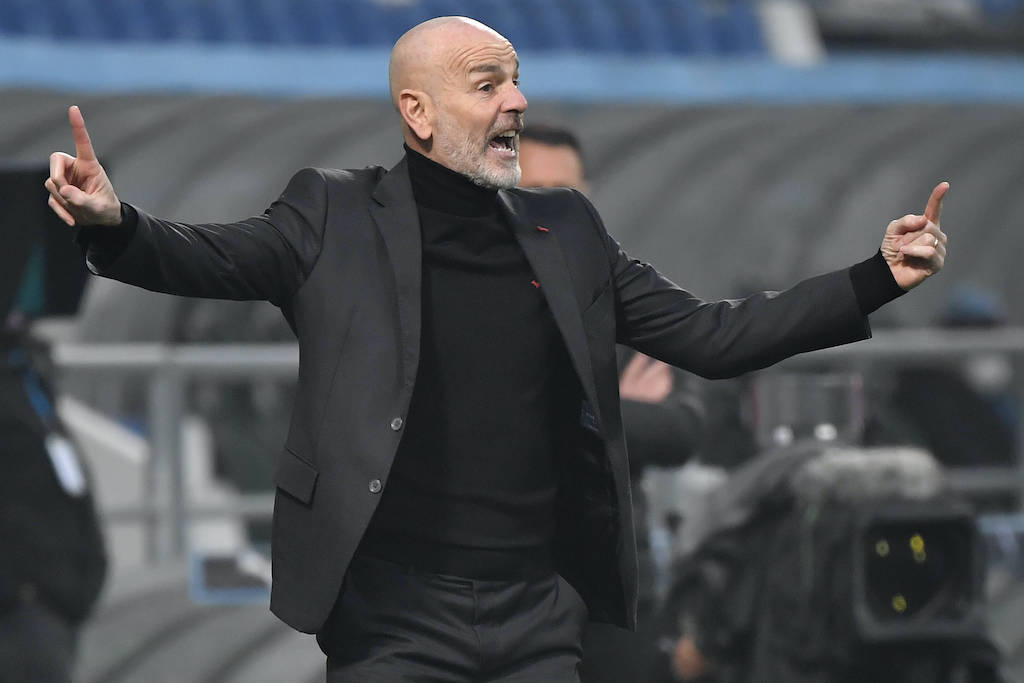 Pioli praises ‘compact and united’ squad and reveals: “We almost wanted to play without a striker”

AC Milan boss Stefano Pioli has revealed that he almost lined up without a centre-forward for the 2-1 win over Sassuolo, and praised his side for bouncing back from two draws.

It took the Rossoneri just over six seconds to get going as a remarkable run from kick-off allowed Rafael Leao to slot home and score a goal that broke several records.

Milan did have a goal disallowed after Hakan Calhanoglu fired home, but there was no chalking off Alexis Saelemaekers’ strike from close range that made it 2-0 before the break thanks to a wonderful run from Theo Hernandez.

Domenico Berardi did score a free-kick in the dying minutes to halve the deficit but Milan hung on to stay top, with Inter beating Spezia to keep the gap at one point.

After the victory, Pioli spoke to the Sky Italia cameras to reflect on the game, with his comments transcribed by MilanNews.

On Leao’s record for the fastest goal: “Let’s say we have 4-5 kick-off situations. We wanted to approach the game well, in the last few matches we were lacking a little bit. Good from Calhanoglu and Leao.”

On the victory: “I often repeat to the team that there are times when matches are worth a little more. We were not happy with the draws, today weighed a lot from a mental point of view. Being able to win gives us great satisfaction.”

The Rossoneri were without Ibrahimovic, Kjaer, Gabbia, Rebic and Bennacer for the trip to the Mapei Stadium, but yet they still found a way to win.

“Maldini and Gazidis are listening (laughs). The technical area knows that if there are opportunities to improve the squad we will do it,” Pioli continued.

“The group is compact and united, it is difficult to manage so many absences. Whoever is called into question answered very well.

“We give the signal to ourselves, to the club that put us in the best conditions to work, to the technical area that has bought young players with personality and to a fan base that is always there.

“Those who say that the lack of fans has helped us to grow and maybe they are also right, but now they would make us fly like Zlatan said. We want to give them some satisfaction.”

“He must be very happy with what he is doing, he has the means to be a top player and he already is. We have top level players who could play in top teams in Europe. One more match, then we will be able to enjoy a year that has given us great satisfaction from a sporting point of view.

“Today we almost wanted to play without a striker, with Diaz and Calha between the lines without having a reference point. The strong teams know how to adapt to the characteristics of those who take the field without losing identity and characteristics.

“Who will be, if it will come, it will have to have the same desire as what we are doing now. It will be difficult to find players in January ready from this point of view.”