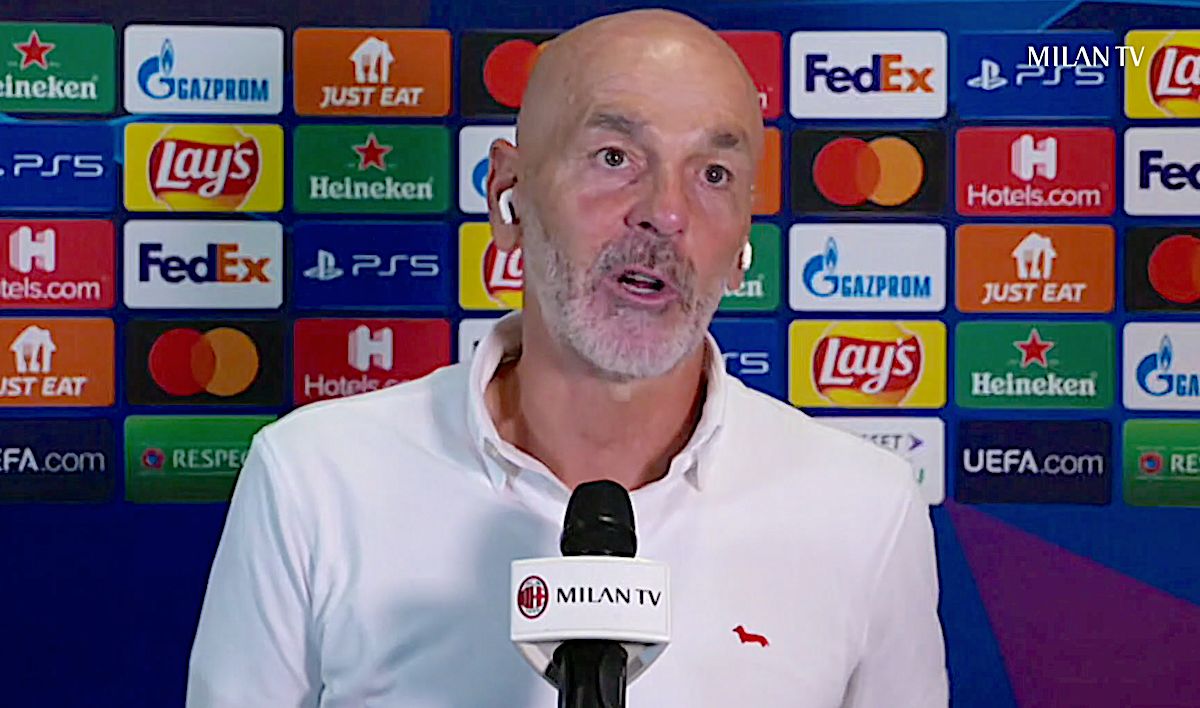 Pioli praises players for ‘incredible effort’ vs. Atletico but highlights where they must improve – video

Stefano Pioli praised his AC Milan side for the ‘incredible effort’ that they put in to try and get a result out of the Atletico Madrid game.

In the end the referee Cakir was the man who ruined the spectacle, first giving a second yellow card to Franck Kessie which seemed harsh when the Rossoneri were 1-0 up, and then awarding a 93rd-minute penalty to the away side to hand them the three points when replays showed it should have been overturned by VAR.

Pioli spoke to Milan TV after Milan-Atletico Madrid to give his thoughts on the game, with MilanNews relaying his comments.

On the game: “It’s very easy to comment on the match: in 11 vs 11 we played much better than our opponents, creating a lot and suffering nothing; we played as a team with quality, intensity and clear ideas,” he said.

“We made an incredible effort; we could have done better on the first goal: we had the right positions and we weren’t so attentive. The stadium supported us, the effort of the players was important: it was a pity that we went out again once without points. Milan played like a great team and this must give us confidence; there is regret: with more attention we could have managed to bring home the result.”

On Brahim Diaz: “He is sore in his knee: every now and then he has a hamstring that gets inflamed, but we have to grit our teeth and hold on because we have to do well on Sunday.”

On things to improve: “We struggled to manage the ball, playing against a team that we made become, in the first half hour, a normal squad. When I see the goal again, the players will be the first to regret.”