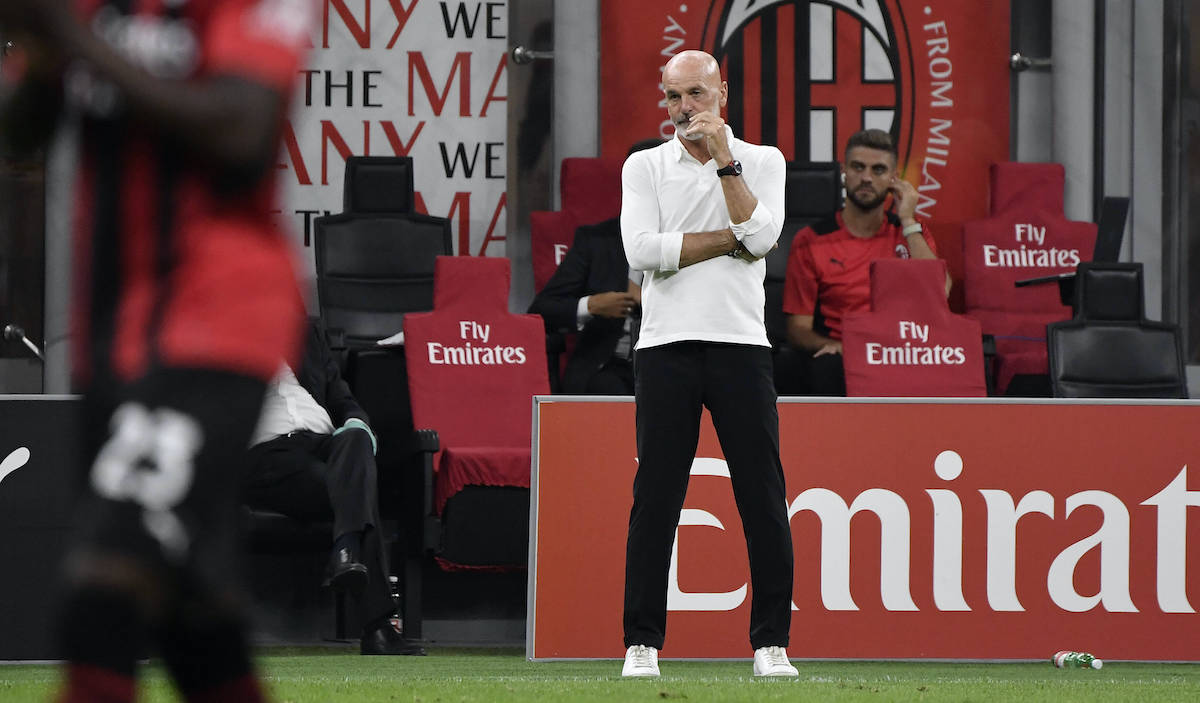 AC Milan head coach Stefano Pioli praised the growth of Sandro Tonali and Rade Krunic as he reflected on a thumping 4-1 win over Cagliari.

A ruthless first half performance from the Rossoneri saw them run out comfortable winners tonight at San Siro, with an Olivier Giroud brace capturing the headlines but a free-kick from Sandro Tonali and a Rafael Leao goal setting the tone.

Pioli spoke to the microphones of DAZN after the game and reflected on the performance, starting with having fans back inside San Siro, with his comments transcribed by MilanNews and translated below.

“It’s great to have our fans. Having them back in Genoa was great but having them here was even better. The team played with rhythm and quality, the team had clear ideas on the field but I think they are happier like this,” he said.

Pioli was asked about the growth of Sandro Tonali, who put in another assured performance alongside Rade Krunic in the double pivot, showing growth and maturity after an inconsistent first season, even netting his first goal for the club with a sumptuous free-kick.

“Sandro worked a lot. Strange things happen in football because on the first day of the meeting I found Tonali, Leao and Krunic matured and grown a lot. They needed some past lessons to learn in the future. Tonali has everything: he has leg, positioning and quality. Now we have to continue like this.”

The Milan boss was questioned on the possibility of playing with two strikers when Zlatan Ibrahimovic returns to full fitness, something which has been talked about in the media as a potential solution.

“Two strikers? I am open to all solutions, I will try to field the best team. Bakayoko has not signed yet but he will be one of us. I hope to recover all the important players because we will have many important commitments with 7 games in 20 days. We will have to be well and work with this will.

On managing such a young group, he added: “I believe that if we want to have a positive future, all players must feel like starters. I’m struggling to make choices also because important players will return, maybe two other players will arrive. The Champions League round will be difficult but stimulating with complicated opponents and it will be important to grow without being afraid of making mistakes and learning from our mistakes.”

Pioli also referenced the fact that the team created a lot in their preseason friendlies without scoring the goals they deserved, something that put itself right tonight in a ruthless attacking display.

“In all the friendlies there was a situation that repeated itself. We made great performances but we scored few goals. Today scoring a lot means that we moved with quality, clarity and we were more concrete. There will be difficult matches but the strong teams must win even if they play poorly.”

On what he told Leao: “Leao wanted to play the whole game and I told him to keep working like this. I’m sure he will have a great season.”

READ MORE: Giroud dismisses notion of No.9 curse and reflects on brace – “I am very proud to play for Milan”