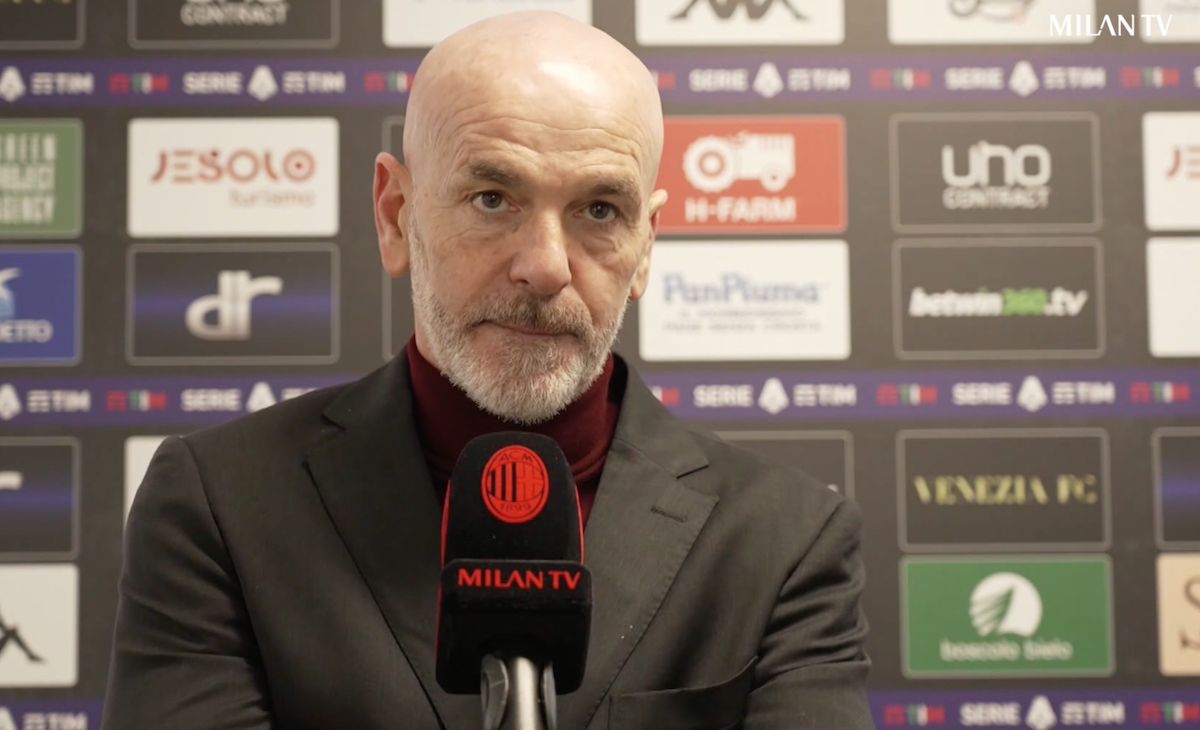 Pioli reacts to win against Venezia and praises duo: “We made it easy by playing as a team” – video

AC Milan head coach Stefano Pioli believes that the victory against Venezia yesterday afternoon was made more straightforward because of the way his side played as a team.

Zlatan Ibrahimovic got the scoring underway after two minutes with a tap-in, and Theo Hernandez scored twice in the second half including an emphatic penalty to ensure the Rossoneri ran out comfortable 3-0 winners in their trip to Venice.

Pioli spoke to Milan TV after the game to reflect on the performance and on the three points, with his comments transcribed by MilanNews.

“Today, great merit goes to the team who approached the match well. We know how important it is to take the lead, rather than go behind. We made it easy by playing as a team,” he said.

“We played with great continuity, overcoming difficult moments in the last two games. We worked hard and all together, which is the most important thing. Kalulu and Gabbia? If you don’t concede a goal, it’s because the team played carefully. Of course the defenders worked well, but we have to continue like this because dangers are always around the corner.”