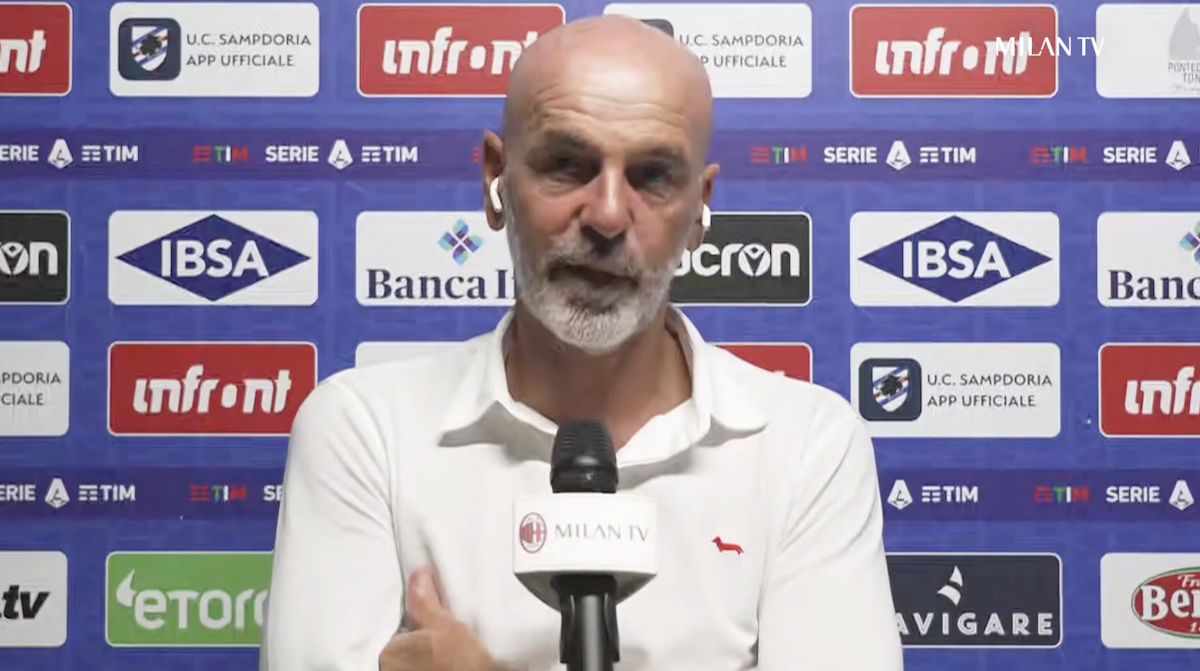 It was hardly a classic at the Marassi in truth, but Milan made sure they started their Serie A season on the right foot as Brahim Diaz’s goal inside the opening 10 minutes ensured that the three points would be heading back to Lombardy.

Pioli was interviewed by Milan TV at the end of the game and acknowledged that his side were in a battle for 94 minutes, with his comments transcribed by MilanNews.

“We knew of the difficulties we would encounter, we knew that they were physically fine. Tactically they already have their own identity. We played a good game, with the right spirit and pace. We deservedly won,” he said.

Two players who have been singled out for praise have been Rade Krunic and Sandro Tonali, who are currently functioning as the back-ups for the double pivot but performed impressively.

“I always prefer to talk about the team but the two midfielders worked well, they gave substance and quality. Leao also hinted at beautiful things. I expect this kind of performance, we will have to grow fast and level up. Today’s match is the demonstration that we worked well, the performance was there.”

On the fans: “Just entering the pitch and warming up was great for me and for the players. We dedicate the victory to them and to Ivan Gazidis, who, even if far away, makes us feel his presence. We are very close to each other and this bond helps us to overcome difficult moments like this situation.”

Another player who had a positive performance was Mike Maignan, as the Frenchman showed impressive distribution and could have had an assist as he found his compatriot Giroud with a ball that went the full length of the pitch.

“A lot of opponents come to the man, we have to read the necessary spaces to hurt him. Now we have this chance, Mike has a very strong and precise long kick. If the opponents want to come to our half then we can use this solution, we have strong attackers and we can hurt them,” Pioli added.

“He must be good at reading situations. We have to be good at varying, that’s how football is now. Today he made some wonderful choices, he is a very helpful, curious, willing boy, I am happy with his way of working and his ability to choose.”

He was asked if his team are considered a ‘chameleon’, i.e. that they can change their form depending on the situation.

“Honestly, I must say that Kjaer had arrived a little earlier, I would have tried the three-man defense a little earlier. But the important thing is to be a team, the numbers are not so important but the interpretation.

“Then that we are at 5 [in defence], at 4, when there will be 2 strikers… I try to put a balanced team, then maybe next Sunday’s team will be different because the opponents are different or maybe the level of form of the players changes. The important thing is to have this availability, I told the team. We have to maintain this level of intensity, pace and sacrifice for the team.”