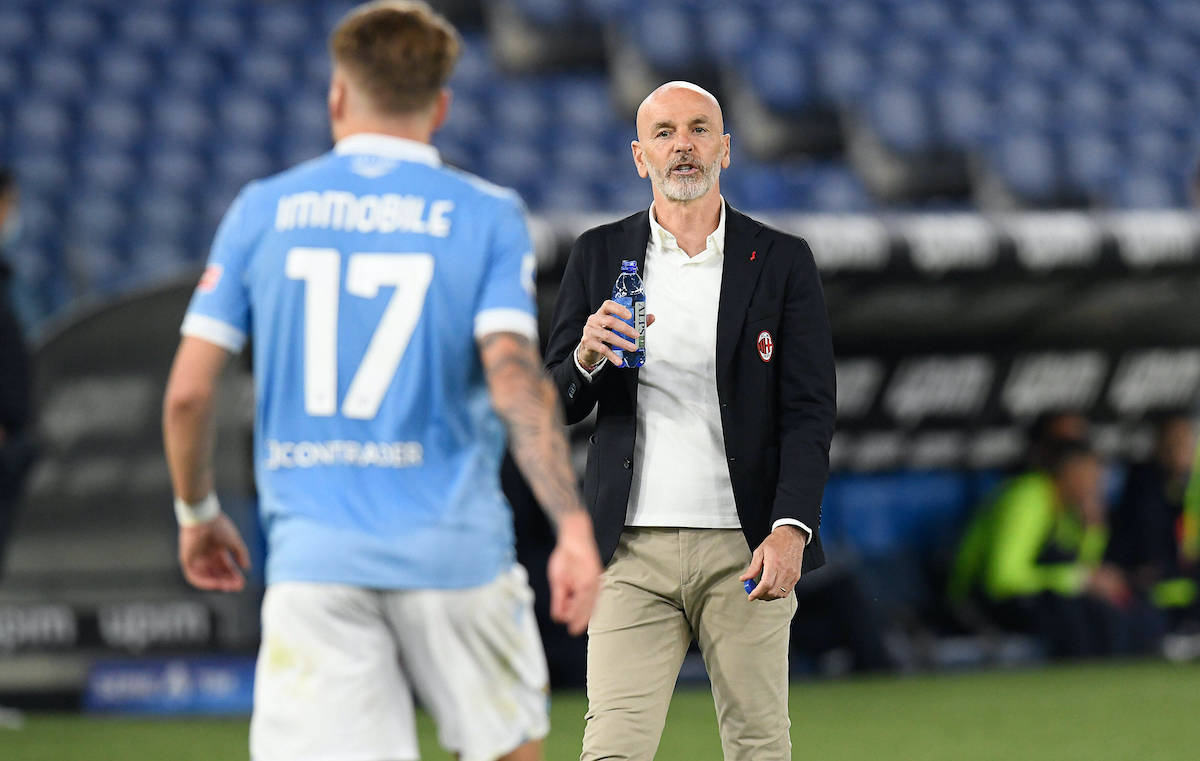 Stefano Pioli has refused to rule out the idea of changing from his established 4-2-3-1 system, and even revealed that he has already done it recently.

La Gazzetta dello Sport (via MilanNews) reported this morning that a change could indeed be on the cards. The paper stated that Pioli will not try and put forward any revolution, but there will be some small tactical changes, such as a change from the tried and tested 4-2-3-1 to the 4-2-2-2.

The aim of this is to ensure that the the returning Zlatan Ibrahimovic is not left alone, so the Milan manager decided to bring Ante Rebic closer to the Swede. Behind them, in addition to the attacking midfielder Calhanoglu, there will also be the other winger – which should once again be Alexis Saelemaekers – who will squeeze towards the center.

Pioli spoke to the media who gathered at Milanello for his pre-match press conference, with his words conveyed by MilanNews, and he discussed the idea that a change of formations could be in order.

“Against Sassuolo we played 4-4-2, but we weren’t very concrete in some situations. We still want to think only of tomorrow’s match, not of the ones after. Tomorrow we need quality and concentration to win,” he said.

Is there a psychological problem in the team?

“It is an important moment in our growth, we must be convinced of what we are doing. We must enter the field with clear ideas and with the right attitude. Tomorrow we must not think about the classification, but only to win against Benevento. We have to enter the field without other thoughts, we just have to think about giving our best and even more. We have to go beyond our limits.”