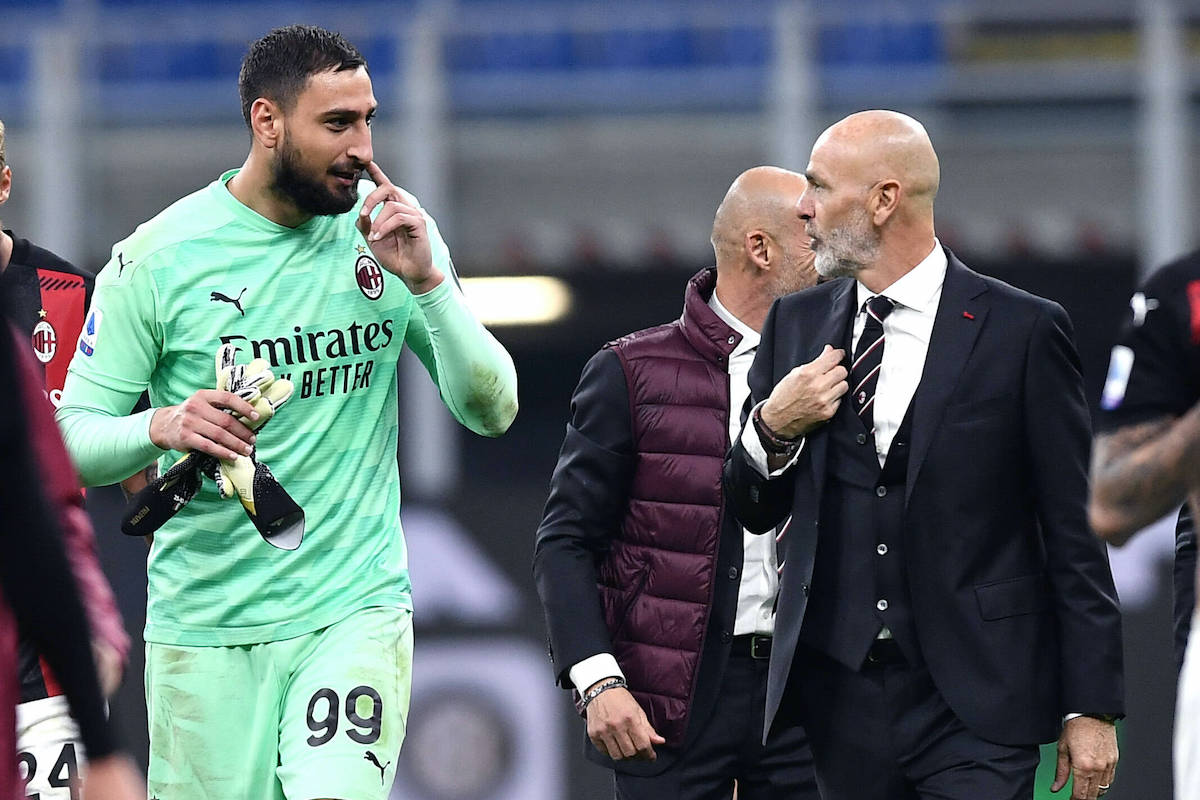 Stefano Pioli has claimed that Gianluigi Donnarumma is feeling calm despite the reports that he was confronted by fans before today’s game.

Sky Italia (via MilanNews) reported that just before lunch a delegation of organised fan groups gathered outside Milanello and asked for a discussion with Donnarumma. He went out and met them, but it was far from an amicable exchange.

Strong words were used, and Donnarumma was even asked not to take the field against Juventus in case of non-renewal by next Saturday. It is a request that could obviously never be accepted either by the player or by Milan, but the climate is increasingly tense.

Pioli spoke to Sky Italia after the game about the performance and the current moment heading into the crucial game against Juventus, with his comments relayed by MilanNews and translated below.

On the match and the standings: “It was very important to win. The team, although strong and carefree, had suffered a lot of the two defeats. We were mentally good at putting this performance on the pitch. Only two goals with 11 chances created are few. win also with a view to the next race.”

On the victory ahead of the Juve clash: “Victory is the only way to get to next week’s game well. This victory must give us the conviction of our qualities. We must be attentive and determined. We will have a week to prepare well for a very stimulating challenge.”

On Donnarumma: “Donnarumma is the goalkeeper of Milan. He has great professionalism and is fully involved in our work. He is calm, serene and focused like everyone else. All these questions outside Milanello’s work lead us to wrong paths.

“We have to think about our present and the next match and I see a group focused on these dynamics, a strong but not infallible group that will try to make the last effort to achieve an important goal for us, for the supporters who support us and the team, we need positivity.”

On what was missing in today’s game: “It doesn’t happen every match to have 11 scoring chances and this means that the manoeuvre was of a high level. To be more clinical will be important but it doesn’t happen every match to have these offensive dynamics. So you need to be cynical and determined. We must be concentrated and not allow situations that can be dangerous.”

On where the answer came after a moment of decline: “It is the team’s performance and the reaction on a mental level that gave the answer. The performances of the individuals were good. The two consecutive defeats are many and heavy but this should not underline that there were no bad performances with Sassuolo and Lazio.

“We were not in a dark period but in a period of decline, where we lost something compared to the first round. We fell but there are many causes in our decline. I have always said that the accounts are made in the end. Now we have to stay concentrate and play these 4 games with confidence and enthusiasm.”

On the first game against Juve this season: “It was a particular match. It wasn’t our best possible line-up. The match was more balanced than what the result said but Juventus has individuality that we weren’t good at stopping. We will have to field a more careful performance.”