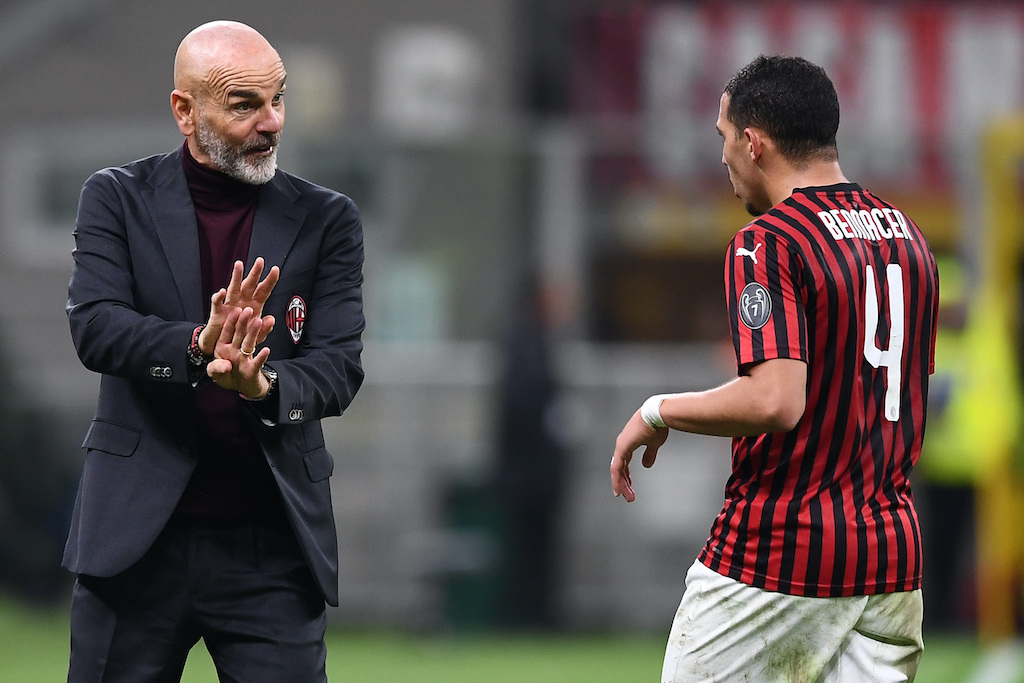 Pioli reveals Paqueta is ‘one of the most in shape’; highlights Bennacer’s ‘room for growth’

Stefano Pioli has highlighted one AC Milan player who came back looking especially fit and commented on Ismael Bennacer’s future as a player.

On Friday evening, Milan will face the trip to Turin to face Juventus in the Coppa Italia semi-final second leg, with kick-off scheduled at 21:00. However, it will be far from easy for the Rossoneri.

The first leg of the semi-final ended 1-1, as Juventus converted a penalty in the final minutes of the game. As if it wasn’t already tough, the Bianconeri’s away goal has made Milan’s road to the final even tougher.

Multiple reports are claiming that midfield Lucas Paqueta has returned from the COVID-19 break with renewed enthusiasm and looking incredibly fit, and last weekend he netted a brace in a friendly match organised by Pioli.

He is in line to start the game at the Allianz Stadium in what could be a turning point in his Milan career, and in his pre-match press conference Pioli heaped praise upon the Brazilian.

“I have to say they returned in good shape. They worked hard at home and are working hard here,” he said (via Milan’s official Twitter account).

“It goes without saying no one will be in perfect condition tomorrow and that goes for our opponents too. Lucas Paqueta is one of the most in shape.”

There continues to be an abundance of speculation regarding the future of Ismael Bennacer, with PSG, Real Madrid and both Manchester clubs strongly linked.

“Given his age and position though, I believe he still has a lot of room for growth. He is very generous and hard-working, and if he keeps that attitude his growth will be constant.”