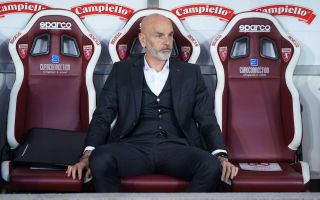 AC Milan boss Stefano Pioli has stressed that the balance that the team have mentally has been the secret to their three recent wins.

In truth, the city of Turin must be considering the idea of banning Milan from visiting again as they followed up Sunday’s huge 3-0 win against Juventus by putting seven goals past Torino in a 7-0 demolition job tonight.

Milan were 2-0 up at the break thanks to Theo Hernandez’s rocket strike and a penalty from Franck Kessie, but that was the calm before the storm in many ways. The Diavolo were 4-0 up just after the hour as Brahim Diaz scored and Theo got his second, before a 12-minute hat-trick from Ante Rebic made it 7-0 and completed an astonishing victory.

Pioli spoke to the media who gathered at his post-match press conference and reflected on another historic night in his tenure, with his comments transcribed by MilanNews and translated below.

After this victory, Milan are three points from the Champions League and have fate in their own hands…

“It’s true. Having this possibility before the two away matches in Turin was very ambitious. Being able to win them was not easy, it was very complicated. Even this evening, despite the result saying something else. We have two games ahead and we must continue to play with this attention, with this spirit, with this quality and this desire to hurt our opponents and think about the next one.”

Are you satisfied with the 10 goals scored and 0 conceded in the last two games?

“The numbers speak for themselves and respect attitude and performance. We have been more compact on a defensive level, we have given a few points of reference to our opponents and we have created a lot.”

What was the secret of this period?

“Our secrets are the balance that comes to us from the club, which has made us work at our best in this very special year and a half. The balance of not being too attracted to the positive and negative results and then the work. We have always tried to improve. We had a lot of ups, a few lows but that’s normal in a season like this, where we started playing very early. Europe took something away from us but, with a little more luck, we could have gone all the way. The balance and protection of the club, which is fantastic, together with the team’s desire to grow and improve.”

What will you have to work on in view of Cagliari?

“Certainly on the psychological aspect, because the pressures are rising but we come from two games where the pressure was very high. It was easy to think that if it went badly with Juventus, our chances of reaching the goal would decrease. That was the key game and between Sunday and today we showed great maturity and it made us understand how to face the next one. We have to prepare it in the best possible way and everyone who goes on the pitch will have to know that each of his teammates will give 110% because we are these.”

The team plays with great quality and fun…

“We like to play football, which has excellent technique and is right to play. It is normal to take risks, even tonight we did it, but we have the pleasure of playing with the ball between our feet, trying to be dangerous and we think it is the correct way to continue in our work and I think it is also the right way to the colours we wear, because Milan have always played good football and must continue to do so.”

Could Ibrahimovic recover in time for Atalanta?

“On Sunday I don’t think there are any possibilities, for the last game we hope.”