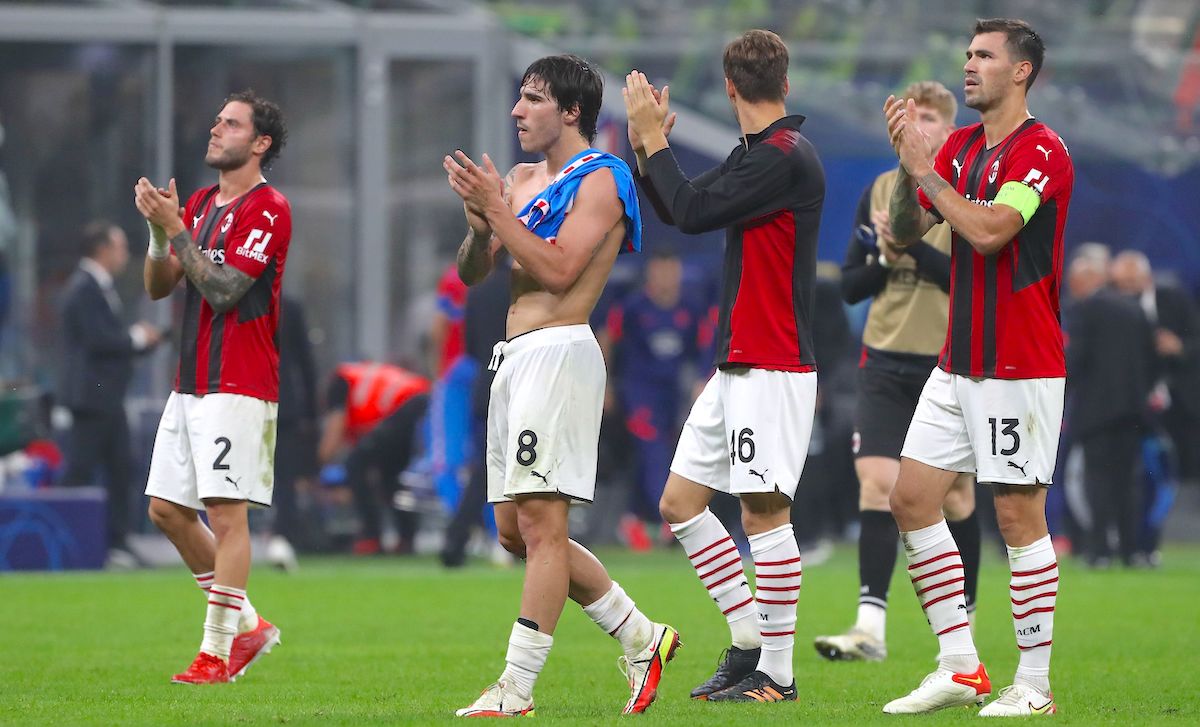 Giornale: Milan searching for victory against Atletico – ‘Pioli must win out of pride and revenge’

AC Milan will be looking to get some kind of revenge tonight when they meet Atletico Madrid again, this time at the Wanda Metropolitano stadium.

This morning’s edition of Il Giornale (via MilanNews) focuses on the Rossoneri’s trip to the Spanish capital, going with the headline: “Milan, last chance: Pioli must win out of pride and revenge.”

Tonight Milan must beat Atletico Madrid if they want to keep alive their very slim hopes of qualifying for the knockout stages of the Champions League, but it is a win that would serve a double purpose.

Not only would it keep the team in the competition provided Liverpool perform a favour against Porto, but it would also help to avenge the defeat in the first meeting at San Siro against the Spaniards, which came after some ‘serious refereeing wrongs’.

As you will recall, Milan were well on top and had a 1-0 lead when Franck Kessie was controversially sent off for a second yellow card, and a late penalty was wrongly given to Atleti which handed them the win.

READ MORE: Brahim Diaz discusses what impact his coaches have had and Real Madrid future – “I’m focused only on Milan”