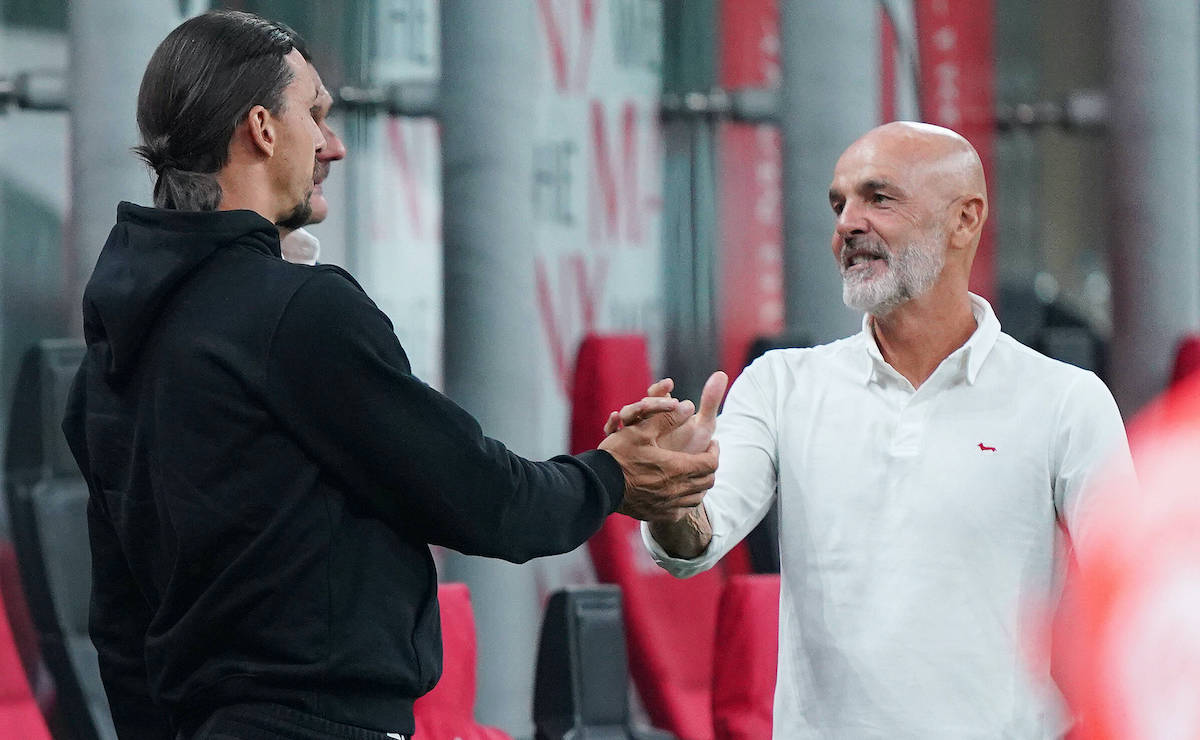 Zlatan Ibrahimovic is expected to be back in action after the international break and until then, AC Milan will have to make do with Ante Rebic and Olivier Giroud. During today’s presser, Stefano Pioli was asked about Ibra.

The striker, who will turn 40 tomorrow, won’t be called up for the game tomorrow but will be hoping that the lads can gift him three points. Milan are currently at 16 points after six games and only Napoli are ahead with an impressive 18 points.

During today’s press conference (via MilanNews), inevitably, Pioli was asked about Ibrahimovic. Not just because the Swede is getting closer to a return recovery-wise, but also because he will turn 40 tomorrow.

“I don’t know how many years Zlatan can still play, for what I see, his enthusiasm and his desire to train, I could also say that he could play forever. With this head, Zlatan gets past any difficulty. He might not be 100% for many games but he has a passion for this sport that is incredible. I would like to give him longevity, Zlatan does what he likes. If I could give him a gift I would extend his career as much as possible.

“If he will be called up tomorrow? Zlatan will not be in the squad but he’s better, he will use the break to get better and I hope it will also apply to his teammates. Let’s focus only on tomorrow, we want to do it by playing a good match,” he concluded.

As said, Rebic is expected to start up front and he will have to channel his big-game energy. He’s not too dissimilar to Ibrahimovic attitude-wide, as we saw against Juventus when he silenced the entire stadium and then equalised.

READ MORE – Pioli on the No.10 role: “Bennacer can play in that position, Kessie too”