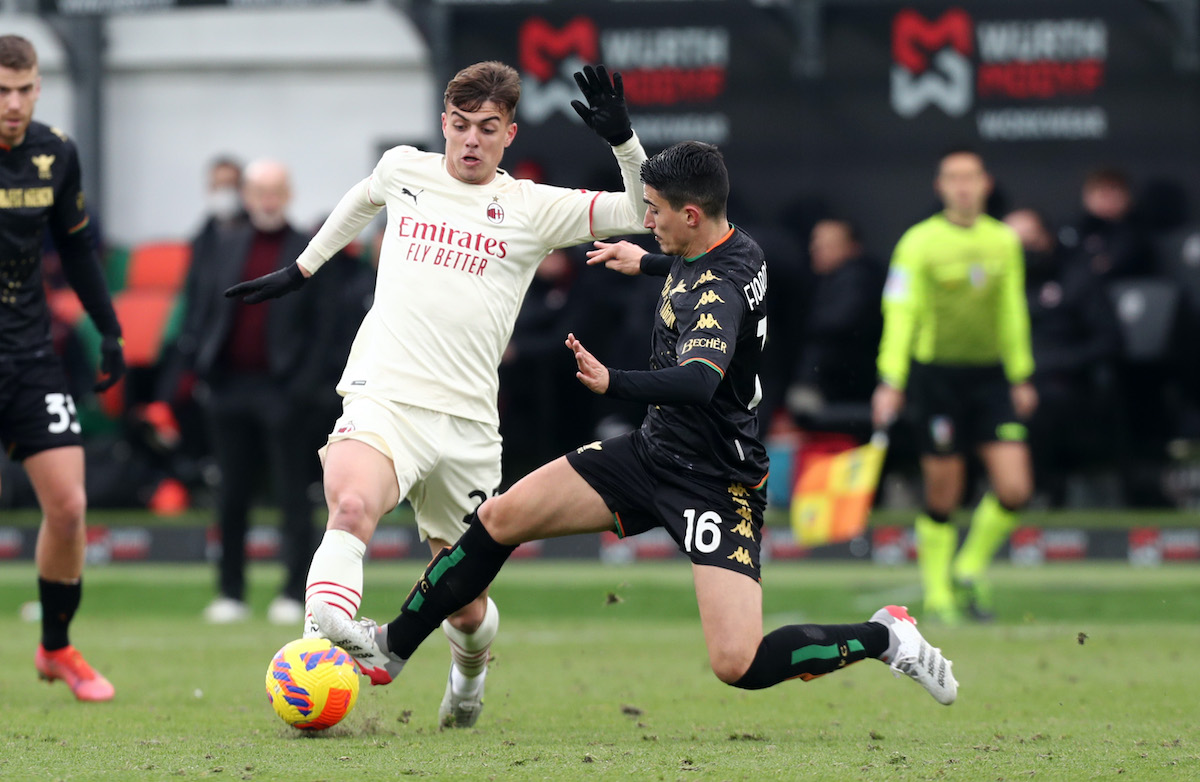 League action will take a momentary back seat for AC Milan as they will host Genoa in the last 16 of the Coppa Italia on Thursday night at San Siro.

As reported by il Corriere dello Sport (via MilanNews), head coach Stefano Pioli will not be able to carry out the amount of rotation that he might have liked, because Alessio Romagnoli, Davide Calabria and Ciprian Tatarusanu are still Covid-positive at the back, as is Samu Castillejo.

Despite the fact that Fikayo Tomori is now negative the paper predicts a back four of Alessandro Florenzi, Pierre Kalulu, Matteo Gabbia and Theo Hernandez, with Fode Ballo-Toure at AFCON. Antonio Mirante could play in goal, while in midfield Sandro Tonali should play given he is banned for the next league game.

In the forward group Daniel Maldini could find a start, while Zlatan Ibrahimovic is suspended for his red card in last season’s Coppa derby against Inter which carries over and will force him to miss the game.