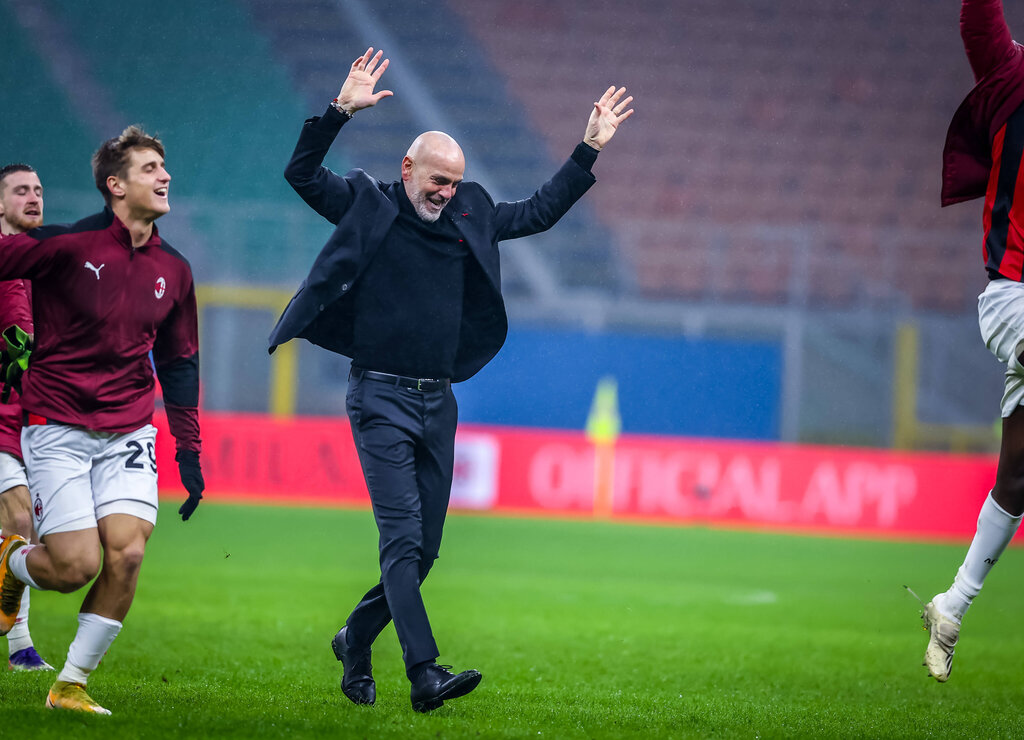 It’s been an incredible year for Milan and it got an incredible ending this evening, as Theo Hernandez scored the winner in injury time after they lost a two-goal lead. Stefano Pioli was very pleased with his player.

It seemed the game could go either way, but then Hernandez stepped up once again, assisted by the MOTM Hakan Calhanoglu. As Inter won earlier today, the Rossoneri needed the three points to preserve their league lead.

In an interview with DAZN after the game, as cited by MilanNews, Pioli spoke about the performance as well as the importance of Calhanoglu and Hernandez, among other things. As mentioned, this year has indeed been incredible for the team.

“I wanted to wish them all a Merry Christmas. When you win such a complicated and important match, it’s right that we are together. It was the last game, we had to make a big effort and we succeeded. I’m proud of my team, they are doing something important.”

Did you physically miss Ibrahimovic tonight?

“We are aware that a champion like Zlatan may be missing and that we are stronger with him, but we are exploiting the characteristics of the whole team. I made Alexis go too low, we had to be more aggressive. Despite the difficulties we have had many opportunities to close it, then this desire we have not to give up until the end is giving results.”

“First of all, the greatest credit for the results this year should be given to the club. They enable us to work in the best possible way. The club make us feel safe, the technical area has made strong and young players available to me who grow game after game.

“We are obviously not perfect yet, today we have lost a bit of clarity. I hope that the whole squad will be available soon, with the injuries there were no rotations. The guys give their soul, we also feel the relationship with the fans who are giving us so much.”

“There is a technical area which is very competent. If there are opportunities, the team will improve. But I’m happy because I know we will keep this passion, then with such young guys you can definitely improve. It’s the passion that is making the difference, we put everything into it.

“When these good results arrived, we hadn’t won anything yet, but we wanted to finish well and we have achieved all the goals we have set so far and we are even first in the standings. The fire we have inside is making a difference and we have to keep it burning.”

“Krunic had a very good game, he had to face a strong player like Savic. Their mid-wings were aggressive, then we could play a little more. We played a game of great attention.”

“Calha is fantastic, he is intelligent, he knows how to move well, he knows how to attack and she knows how to connect the game, he sacrifices himself. I want him at this level, at the top. We have many roles in which we are at a very high level, we must continue.”

What does Theo eat?

“I’m not even so convinced that he eats as well as we would like (laughs).”

On coffee before the game…

“It’s a habit I have, I like to leave the locker room so I’m not on the players too much. I try to be calm and make them calm.”

The Rossoneri will now have Christmas break before the game against Benevento, which will take place on January 3rd. Theo Hernandez will miss the game due to suspension, but he will be back for the Juventus clash.