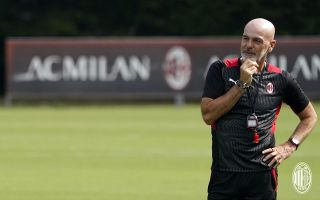 Some interesting news has emerged from Milanello as attention turns to the game against Napoli at San Siro one week today.

MilanNews report that the Rossoneri squad today underwent the usual post-match anti-fatigue training session at Milanello. However, Stefano Pioli has granted the team Monday and Tuesday off as scheduled days of rest to recover physical and mental energy.

The resumption of training is scheduled for Wednesday morning, when preparations for the match against Napoli will begin at the club’s training facilities with the hope that some fresher legs and minds are seen.

It comes amid what has been a very difficult stretch of games after the most recent international break and on the field it seems as though Milan have suffered for it given their usual intensity has been dialled down and the number of errors has increased quite a bit. They have lost three of their last five in all competitions, showing they need to get back into gear.