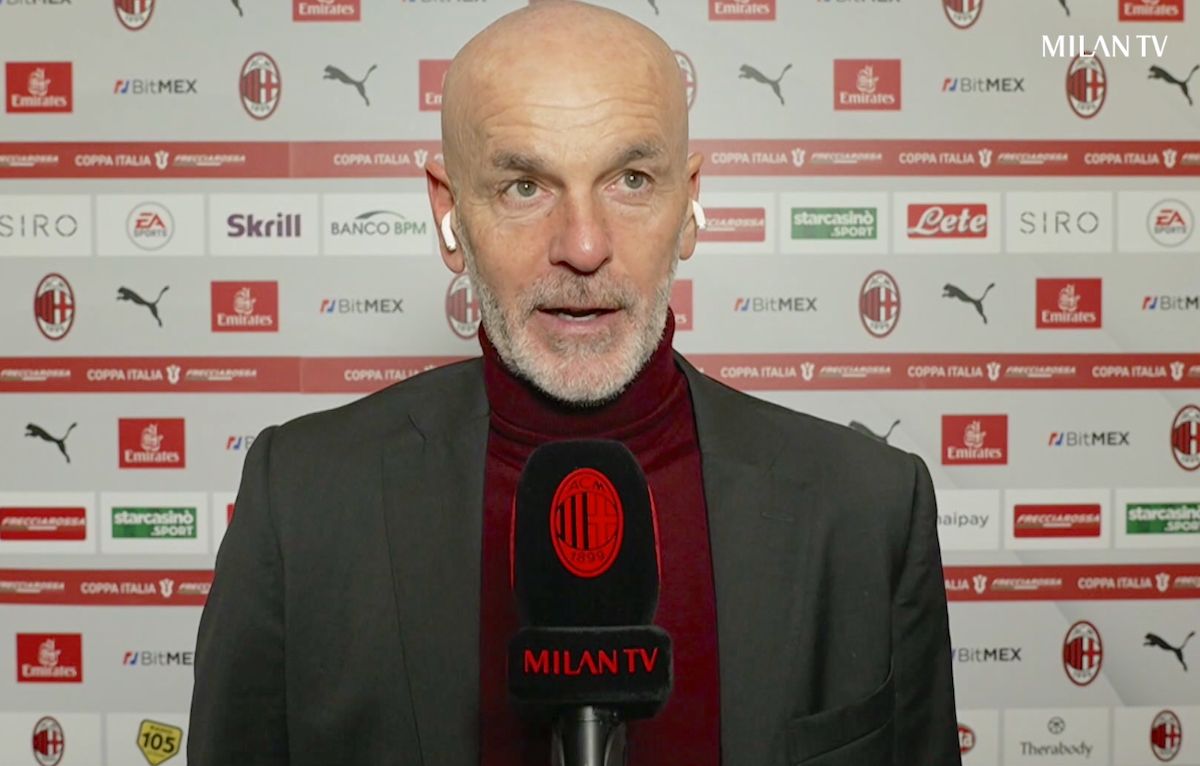 AC Milan head coach Stefano Pioli has admitted that he was disappointed with his side’s approach during their cup win against Genoa last night.

Milan found things very tough against Andriy Shevchenko’s side at San Siro as they fell behind to an early goal from Ostigard as their woes defending set pieces continued, but Olivier Giroud’s header forced a period of extra-time and in the end two substitutes in Rafael Leao and Alexis Saelemaekers made the difference, each netting to record a 3-1 win.

Pioli commented on the victory against Genoa during an interview with Milan TV, during which he spoke about how the players did not take to the field with the right mentality, and his comments were relayed by MilanNews.

“I thought I did a good job in the pre-match but it wasn’t like that. Mentally we didn’t get on the pitch well, then luckily we got it back. There were positive things, but we have to work on others and have a better approach,” he said.

On Kalulu and Florenzi: “They are providing very positive performances. They are giving everything on the pitch. Kalulu is proving to be reliable, he must continue like this.”

Pioli also spoke to reporters who gathered for his post-match press conference and was again critical of the way his side began the game, and he also touched upon the injury sustained by Fikayo Tomori who went off in the first half with knee discomfort.

“It is evident that I did not like how the team played in the first half; I was not able to stimulate and motivate the team as I thought I had. The approach was strangely not the right one and so things get complicated. We remained lucid, we changed pace, pace and quality of play and we won a match that had become difficult,” he said.

“Tomori didn’t have any twists, sprains. Or direct trauma. While running he felt something strange in his knee and he didn’t feel like continuing. Tests will be done in the next few days.”

Will the performances of Gabbia and Kalulu change anything from a market point of view as well?

“They are convincing us that they are very reliable players, to be considered starters at AC Milan.”

The pitch at San Siro is suffering…

“It was very important to pass the ball, winning while suffering will help us to grow in a positive way. The ground? The technical and more attentive teams know how to manage situations well even on less than ideal ground; we must also be prepared from this point of view.”