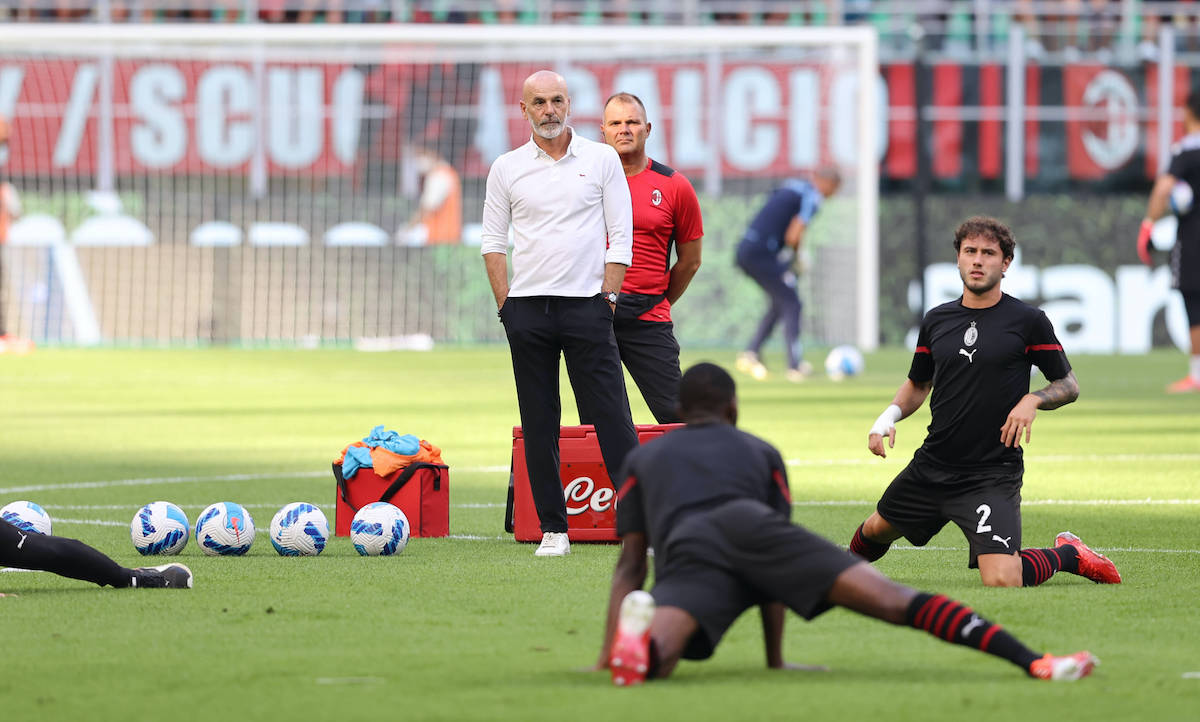 AC Milan boss Stefano Pioli has insisted that his side should not set themselves any limits, such is the size and history of the club.

It has not been an easy ride for Milan in the last decade comparatively speaking, as the team last won the Scudetto back in 2010-11 and last played in the Champions League back in 2013-14, before the current campaign at least.

A series of ownership changes and bad investments on players has held the Rossoneri back and they have struggled to match the lofty heights that supporters have been used to. Under Pioli however there has been an upturn.

A second-placed finish arrived last season thanks to a 2-0 win at Atalanta in the final game of the season and that felt like a step in the right direction, and Milan have won four of their first five in the league this season with many naming them as a Scudetto candidate.

Pioli granted an interview to the football magazine FourFourTwo who dedicated a section of their latest issue to the ‘rebirth’ of the club from the doldrums they were in a few years ago.

Despite coming second in Serie A, last season was far from easy because you caught COVID – how did it affect you?

“My assistants really helped me out a lot actually, so I have to say a special thanks to Daniele Bonera. Technology was a big support as well – we were connected the whole time and I ended up not missing a single training session.”

You re-signed Zlatan Ibrahimovic for Milan. How important has he been for you since his return, and what kind of relationship do you have with him?

“He’s an example for everyone in anything he does. He gets upset even if he makes one wrong pass during a training drill. He always expects the maximum, from himself as well as his team-mates. I’ve got a very sincere relationship with him – we respect each other’s role and that has remained a constant so far. He’s an extremely professional guy.”

What are you hoping for from your side this season? Is this the closest Serie A has been for some time, with multiple teams fighting at the top?

“We are Milan and can’t set ourselves any limits. It’ll be hard – I’m expecting seven teams to fight for the top four spots, and they’ll all be highly motivated to achieve that goal. But hurdles are only too high for those who don’t have ambitions. We’ll work hard, give everything and in the end we’ll see how far we’ve gone.”

Milan are in the Champions League for the time since 2014. How important is it for the club?

“Oh, it’s essential: for our history, for the economical aspect and for the quality of the teams who participate in it. We’ll try to surprise a few this season.”

When you think of the Rossoneri, what memories from the past come to mind? What does Milan signify to you?

“I played against Milan so many times as a player, with Arrigo Sacchi in the dugout and the three Dutch guys, Paolo Maldini, Franco Baresi, Alessandro Costacurta… all of those superb players on the pitch. They were such a fantastic team who played innovative football.”