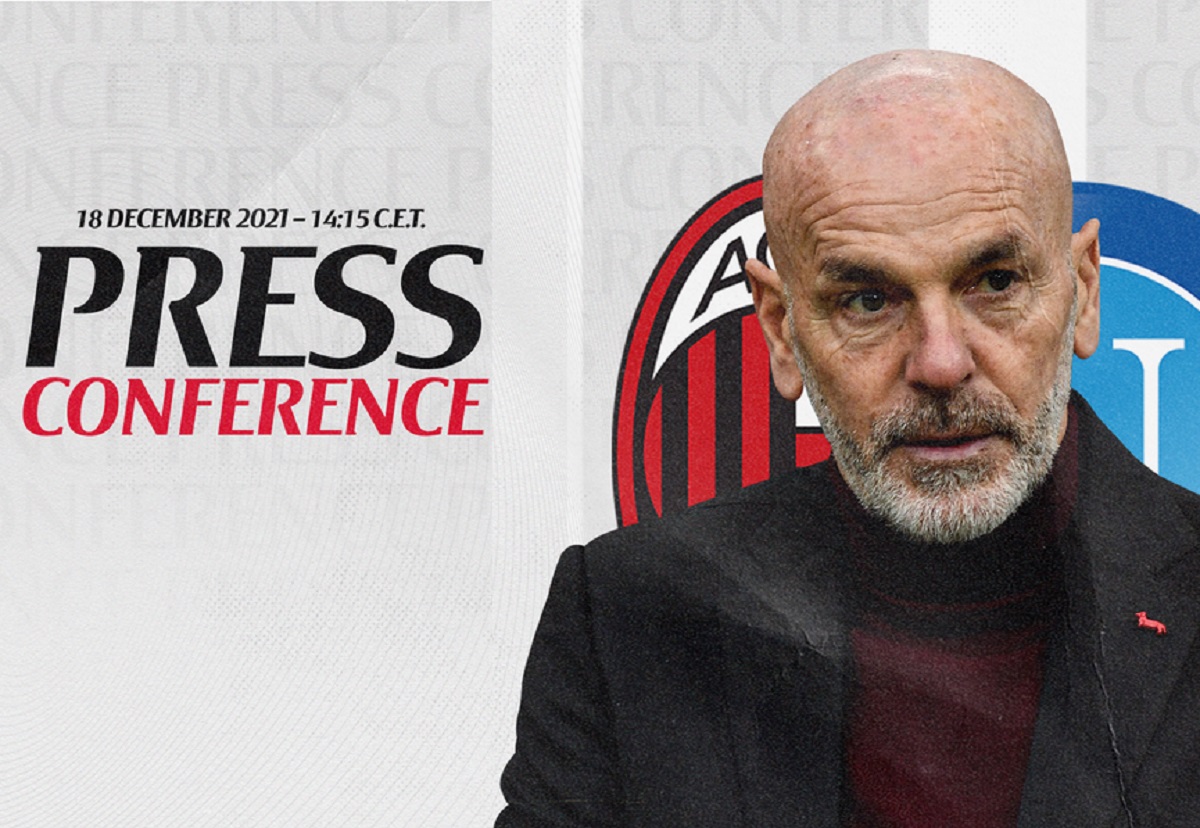 On the eve of the clash between AC Milan and Napoli, Stefano Pioli spoke to the media at the usual press conference this afternoon. After two negative results, the manager wants his side to change the trend.

It’s exhausting to keep mentioning it, but Milan are still struggling with a lot of injuries and this has affected the team’s performances. The same can be said for Napoli, though, which makes this game extra interesting.

Pioli didn’t have a press conference ahead of the Udinese clash due to a slight fever, but this afternoon the presser made its return. As transcribed by MilanNews, the manager was asked about many things by the media.

Opponents have been playing against you lately with very high defence, have you noticed?

“We face capable opponents who prepare the matches in a careful way, we will have to be lucid to make the right choices at the right time.”

The Napoli taboo at San Siro and Spalletti taboo for Pioli…

“Honestly, I didn’t know these figures. Milan helped me to overcome many steps, maybe they’ll help me tomorrow too.”

On the current form…

“We are having a very good first round, there are still two games left. I would like to overcome last year’s 43 points. Tomorrow’s opponent has great qualities and has an excellent coach, we certainly need to raise the level of the performance.”

On Inter running away…

“I don’t think we can talk about that yet. I don’t think league titles are won in December. Last year we were in the lead for a long time, then we know how it ended. We have to aim to do better than last year. The first year we scored 66 points, the second year 79 points and the goal is to do better, especially in the second half.”

“I am absolutely convinced that he can still grow a lot in terms of the game, both offensively and defensively. We don’t have a player who can determine everything, our core is the team.”

Are you worried about the drop?

“We are not racing against anyone, but only with ourselves. The last two performances were not optimal, we must try again to put our qualities on the field with strength and conviction.”

“I am optimistic, we are working to find solutions. It has been a difficult month for us, we have tried to increase the work of recovery and prevention, stimulating the players to be more careful and precise about their daily jobs.”

How did the team react after Udine?

“The reaction of the team is what we have always had, throwing ourselves into our work with even more enthusiasm. In these days I have seen things done well. If you talk to me about individuals, except Theo who had some problems, everyone has trained with the right intensity and quality.”

Will the winter break be used to make another type of preparation?

“If we hadn’t had all the injuries last year, I think we would have won the Scudetto. In our growth path, it is normal to have ups and downs. The break doesn’t allow you to do anything other than recovering and preparing for the match against Roma. They will have a few days off after Empoli, then we will prepare the match against Roma and the other commitments in January.”

On Theo Hernandez and Diaz…

“Theo had problems, flu symptoms, he never went out on the field. To date, he’s more a no than a yes, tomorrow we will talk to him and decide. For Brahim, it is possible that Covid has taken something away from him, in this moment it is not a physical problem. He has to find the technical plays he has. It may be that he feels a bit of pressure, this year he is more responsible. They are young guys, they are likely to have difficulties.”

On the African Cup…

“I am always in favour of the health of my players. The club will make the best choice based on the situation that will arise.”

“I don’t understand why we keep talking about another team. We have our players and I’m happy with mine. In the last two in terms of quality we have done something less, if you go down in quality then it is more difficult to win games.”

On Napoli’s misstep with Empoli…

“Napoli’s misstep against Empoli is only for the result, Napoli put in a good performance. We both know how important this challenge is, it’s a direct match.”

“We are among the first teams in Italy for high recoveries and consequent shooting on goal, we know that we take risks but as long as the advantages are higher than the risks we must continue like this.”

On Traore and the Primavera…

“I know the boys well, they train with us. We use them as a sparring partner. We follow them with the hope that they can reach the first team.”

Tomorrow’s clash is scheduled for 20:45 CET and it’s the penultimate game ahead of the Christmas break. Finishing on a good note is crucial, therefore, because the Scudetto race is really heating up with many candidates.