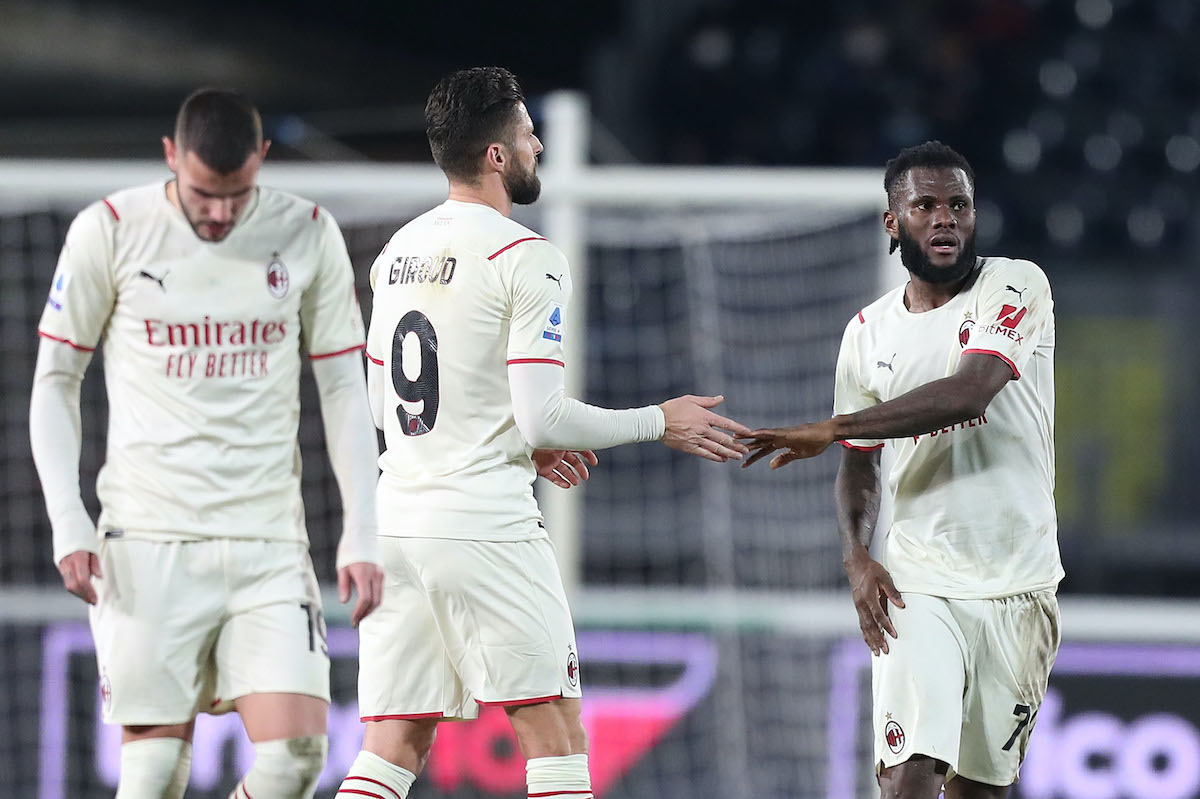 AC Milan head coach Stefano Pioli made a bold call last night by fielding Franck Kessie as an attacking midfielder, but it proved to be a masterstroke.

This morning’s edition of La Gazzetta dello Sport (via MilanNews) writes that Pioli’s decision was a “small masterpiece of tactical engineering” as the decision to put Kessie further up the pitch was a winning intuition that allowed Milan to break through Empoli.

The Ivorian not only managed to score twice by taking advantage of his composed presence inside the box, but by playing more advanced he was also able to neutralise Empoli’s regista Ricci, who is key for how Andreazzoli wants to play.

This was the first time Kessie has actually lined up as an attacking midfielder with Milan even though he has often been seen further up during games, and given the results he might want to try the idea again.

Kessie is now on 35 goals for Milan from 205 overall appearances which is not bad for a midfielder. Pioli wants to keep him beyond the expiry of his contract but at the moment he seems to want to try a new experience.

READ MORE: Pioli talks AFCON absences and response to struggles: “When you take a few slaps you learn more”