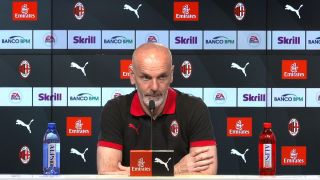 MN: Pioli’s press conference ahead of Milan’s trip to Udinese cancelled – the reason

AC Milan head coach Stefano Pioli has cancelled his press conference for this afternoon on the eve of the game against Udinese, it is claimed.

According to what is being reported by MilanNews among other sources, Pioli will not hold his usual press conference this afternoon following the training session at Milanello. It was originally meant to be held in the media room there at 14:00 CET but has been cancelled due to mild flu symptoms for Pioli.

Pioli also did not speak to the media before the game against Genoa at the Marassi earlier in the month but in that instance it had already been established given the hectic schedule of the team.

There seems to be no risk of him missing the game with his illness and is rather a precautionary move to make sure he is well rested ahead of the visit to Udine, which is another crucial game in the Rossoneri’s title push.