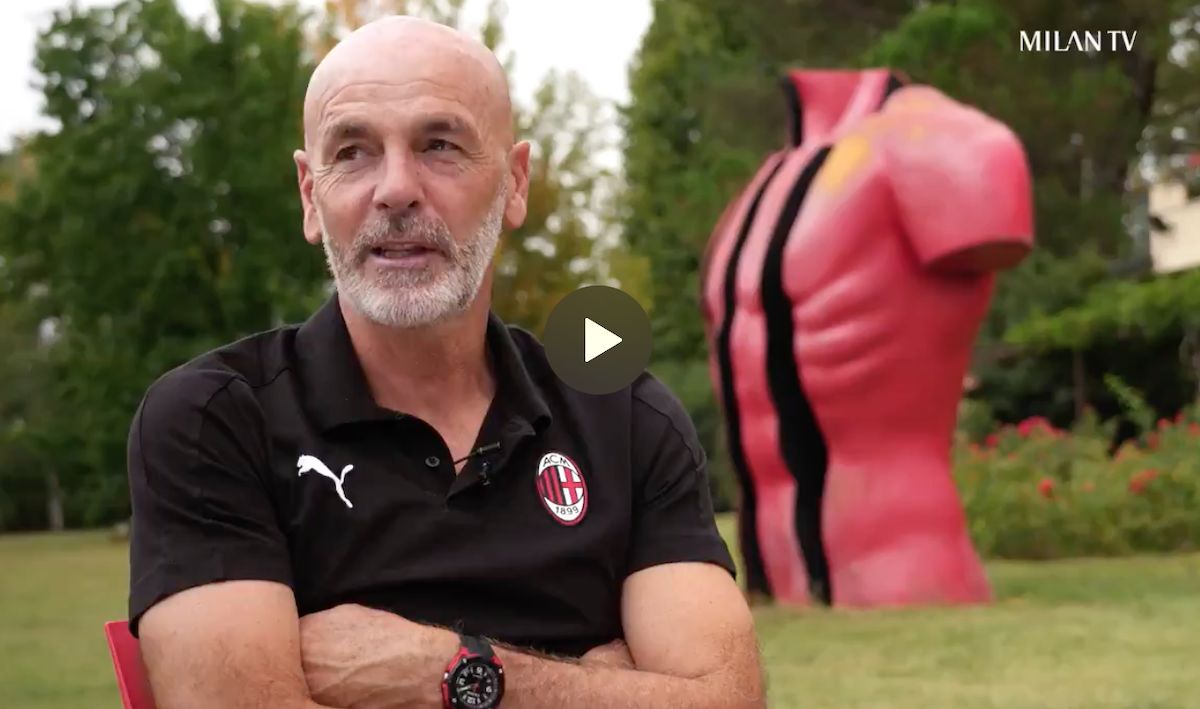 AC Milan head coach Stefano Pioli believes that his side are well prepared for what will be an emotional game against Liverpool tomorrow.

Pioli spoke to Milan TV on the eve of the game at Anfield and gave his considerations on what will be an intriguing encounter between two teams with top European pedigree.

“Up to now it has been only concentration, as normal to prepare for such an important match, mine and the players. Then tomorrow surely there will be a bit of emotion because we are going to play a competition that we strongly wanted, in which Milan made history,” he said (via MilanNews).

“Now we must try to make our history, starting tomorrow also in Europe. We are very excited, we are aware of the difficulties because we meet a great team, but we are fine, beyond some defections even at the last moment, but we must have the personality and the will to play our game.

“On paper, two teams face each other who prefer to attack rather than defend. I think there could be spaces for the game to become spectacular, but then the games are one thing to prepare them on the blackboard or on paper, and there we are all the best in the world, then it is one thing to read the situations and interpret them.

“Of course we have to play with great personality, giving good passing solutions and playing a game from a very precise technical point of view. If we can do this, I think that we could also have some interesting spaces to be able to hit.”

Milan made it to the knockout stages of the Europa League last season and found a difficult opponent in Manchester United, but Pioli believes that it is an experience that will serve the team well.

“Also the path made last year, clearly in a competition not as high level as the Champions League, but also in the Europa League we have shown that we have certain characteristics, especially against an opponent who is stronger and that he can win the Champions League and the Premier League this year, like Manchester United.

“We have shown that we can keep up with certain rhythms and be able to play at certain intensities. I believe that if we want to compete at high levels both in Italy and in Europe, we absolutely must continue on this path and it will be a great challenge. We meet one of the strongest teams in Europe so, to understand what level we have reached, it will be a good test and will tell us many things.

“Milan must be happy if they pass the group. I don’t like to say: ‘ok, the opponents are very strong and how are you going, go.’ No, we are Milan and tomorrow we will play to win and we may not even succeed, but our game will not be one of waiting or waiting for something to rain from the sky.

“We must try to play as Milan; we arrived in Europe through our way of playing, of interpreting games through our ideas and through the qualities of the players. So it is good that we look for the match from start to finish, then we will be happy if, at the end of the Champions League, we would have given our best and if we have continuously raised our level of performance.”