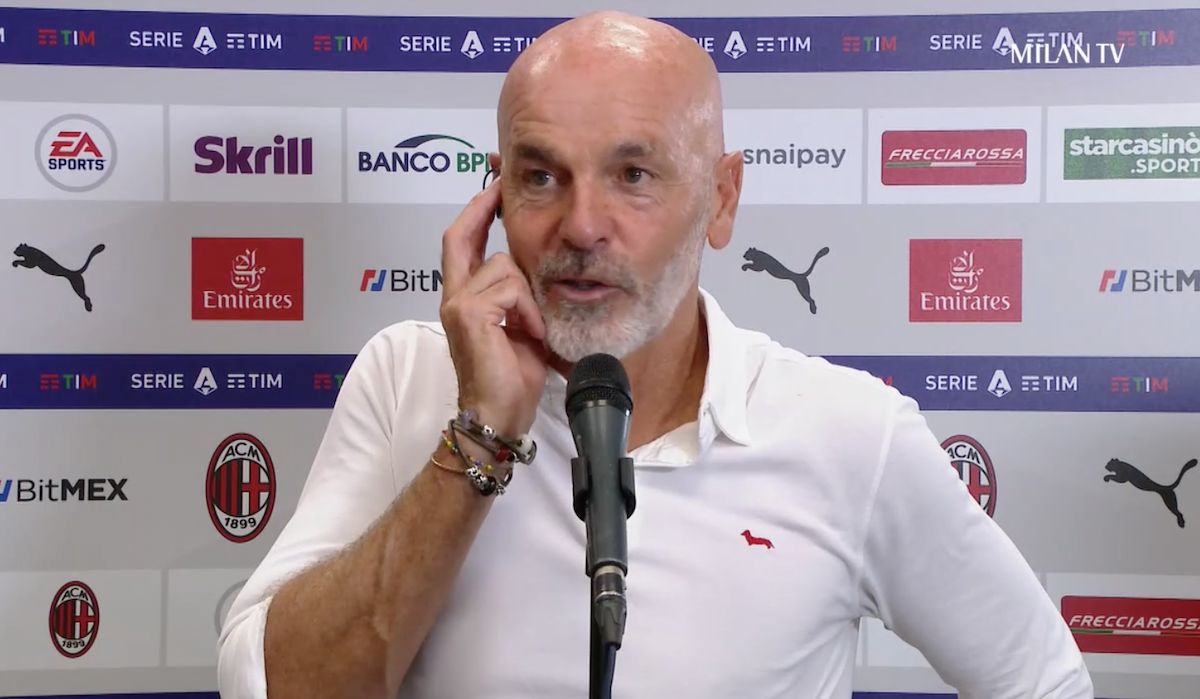 Pioli: “We are finally playing with 12 men this year, you can see and hear it” – video

AC Milan head coach Stefano Pioli congratulated his side for their excellent performance after the 2-0 win over Lazio at San Siro last night.

The Rossoneri ran out convincing winners in the end with a first half goal from Rafael Leao setting the tone and a second half tap-in from Zlatan Ibrahimovic completing the scoring after his four-month absence.

Pioli was interviewed by Milan TV at the end of the game and spoke about the impact of having fans back at the stadium, with his comments relayed by MilanNews.

“Congratulations must be given to the players, they interpreted the match very well with intensity and quality,” he said.

How satisfied are you? “Certainly very satisfied, we are finally playing with 12 men this year, you can see and hear it. Our audience is fantastic. The way we play is also beautiful to see, it’s easy for them to give us enthusiasm. We are only at the beginning, but none of the three games were easy. We still have to work hard to get to an even higher level in order to be competitive against anyone.”

On the fans: “You have no idea how much difference there is with a full San Siro, with the fans who stimulate and encourage us. It gives us an extra boost. We like the pressure because we are Milan, but we have to take our responsibilities, prepare ourselves well and show the qualities we have on the pitch.”

On the match: “We have to prepare for matches well, have an idea and then carry it out for 95 minutes. When you realise that what you have prepared is giving you advantages, you absolutely must not give up. We must always maintain this concentration, the opponents we will meet are tough. Today is another lesson that we will carry inside.”

What has Milan improved on and what can be improved on? “In Parma they say ‘fly low and dodge the stone’. We are only at the beginning. I feel that I have players who are more aware of their qualities and the way they are on the pitch. More awareness of what we are and what we have to give.

“Today maybe we should have scored more, but it is important to continue to be dangerous. We gave very little to an attack that had scored 9 goals so far, we were balanced in both phases.”