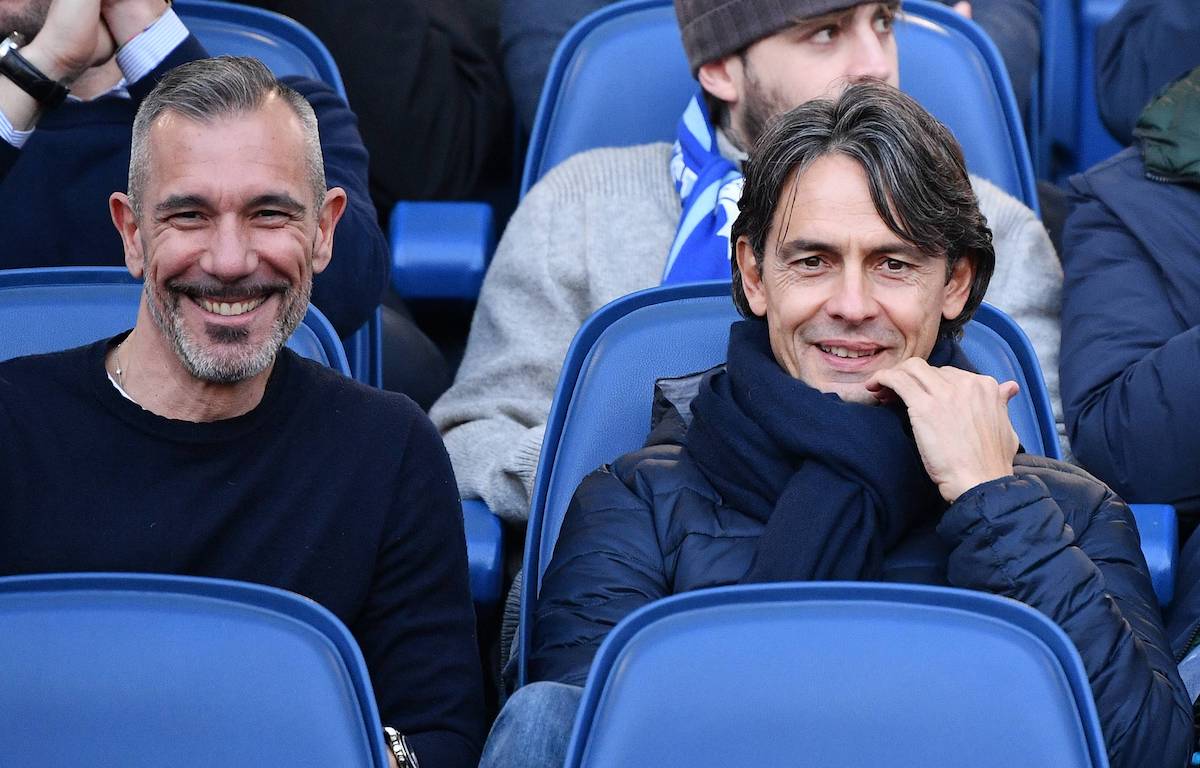 Pippo Inzaghi has praised Milan for their transfer activity and wished his brother success at Inter, while recalling some of his Champions League memories.

Inzaghi’s name will forever remain synonymous with opportunistic goalscoring and positional instinct. La Gazzetta dello Sport were graced with the presence of the legendary Rossoneri poacher as they interviewed him about a number of topics.

Super Pippo reminisced his playing days in the red and black jersey and got nostalgic remembering his two glorious Champions League titles in the 2000s.

Speaking of his most special continental wins to La Gazzetta dello Sport (via PianetaMilan), he said: “The one in 2003 remains truly special having beaten Inter in the semifinals and Juventus in the final.

“The 2006-07 Champions League was a surprise. I was on vacation after winning the World Cup and I had to run to Milanello for the preliminaries. The adventure began with a goal at San Siro against the Red Star and ended with a brace against Liverpool in the final, what a thrill.”

When asked who he sees winning the prestigious trophy in 2021-22, he didn’t shy away from making his thoughts known.

“I hope that this year the Champions League can be won by an Italian as both Milan and my brother are there. My heart is involved thanks to Simone and the team that I will be a fan of forever.”

Speaking of both Milan and Inter’s chances of winning trophies, Pippo said: “After the end of the transfer market we will have a more precise idea. Milan are making an intelligent transfer market and bought Giroud, who knows Europe. Inter with Simone can do well: last year my brother passed the groups [in the UCL] with Lazio. With the Nerazzurri, he can do better.”

He also gave his verdict on top European clubs, citing what he expects them to achieve this season.

“PSG is buying everyone and taking Donnarumma, they have the best goalkeeper in the world. Bayern will also come back to high levels with Nagelsmann, but watch out for Real Madrid because Ancelotti knows how to manage the champions well and knows the Champions League,” he said.

“Barcelona are more and more Messi-addicted. Manchester City will be among the favorites as always as long as Guardiola is there, Chelsea and United will be loose mines.”

Milan will resume their season against Sampdoria in Serie A next month.

READ MORE: Ibrahimovic to take big step forward in his recovery – he could still return for first game