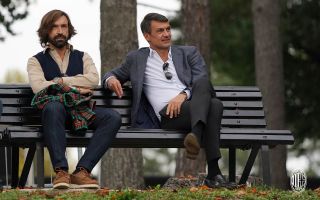 Pirlo heaps praise on AC Milan midfielder ahead of the derby: “One of the best”

On Sunday evening, AC Milan will take on Inter in the prestigious derby, looking to bounce back from the draw against Hellas Verona last time out. However, it won’t be an easy game for Stefano Pioli’s men.

Returning from suspension, Ismael Bennacer will once again play an important role in the midfield tandem. His absence was certainly felt against Verona, as Pioli was forced to play Hakan Calhanoglu out of position instead.

In an interview with today’s edition of Gazzetta Dello Sport (via MilanNews.it), the former Milan midfielder Andrea Pirlo spoke about the Algerian, who joined from Empoli in the summer. He didn’t hold back the praise for the 22-year-old.

“Bennacer is a good player. In the Italian landscape, he’s one of the best,” the former No.21 stated.

The derby will kick off at 20:45 on Sunday evening and Inter are the designated home side. For both teams, it will be a very important game indeed, as they look to improve their respective position in the standings.

READ MORE: Inzaghi urges Ibrahimovic to stay at AC Milan and take the No.9 shirt