Despite a good performance overall, AC Milan lost their second game in the International Champions Cup, as Benfica scored a deflected winner in the second half.

Donnarumma (7): Made a few really good saves to deny Benfica, one of which was in a one-on-one situation with Rafa, who was shocked by the goalkeeper’s stop. Was replaced after the first 45 minutes.

Calabria (6): Decent performance from the Italian, making a few runs on the right flank. However, he also misplaced some passes and you could tell that he isn’t really at his peak yet.

Musacchio (6): Nothing wrong with his performance, but he also didn’t stand out from the rest, hence the rather mediocre grade.

Romagnoli (6): Same goes for the skipper, who really didn’t put a foot wrong, but still didn’t make anything special when on the ball in the build-up phase. 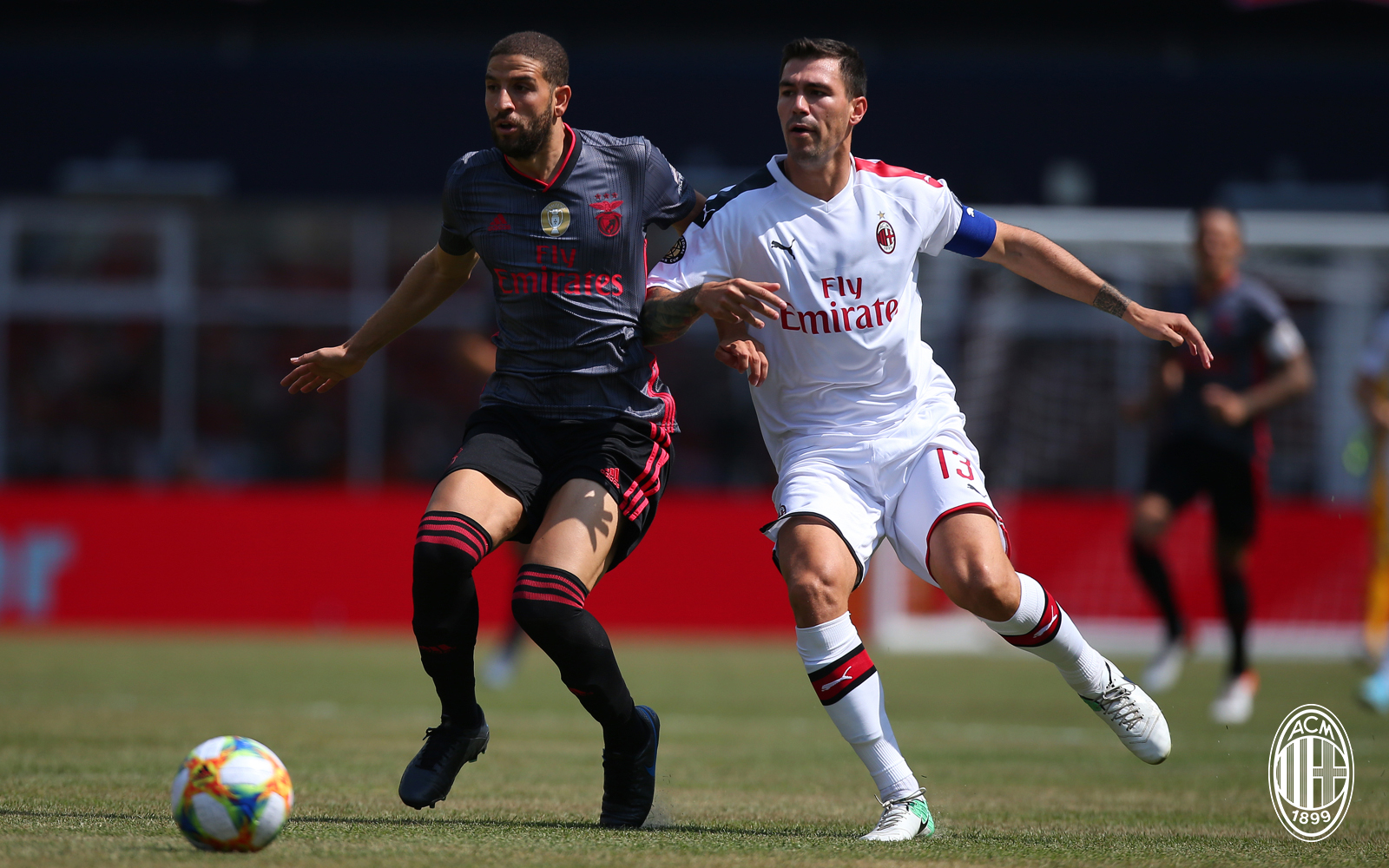 Rodriguez (5.5): To tell the truth, he looked very lazy on the pitch. At times, his positioning was awful in defence, and he really didn’t provide anything in attack.

Calhanoglu (6.5): Played very well, especially in the first half. Managed to link up well with Suso and also hit the post with a stunning effort from distance. He left the pitch in the 64th minute.

Biglia (6.5): As always with the Argentinian, a very organized performance. Dictated the players in the build-up phase and really helped smoothen the transition from defence to attack. Nearly scored with a great free-kick, which hit the bar.

Borini (5.5): Wasn’t as bad as the performance against Bayern Munich, but certainly nothing special either. Did do well in the build-up, showing himself on many occasions to help out.

Suso (7 – MOTM): Was arguably the most creative attacker out there today. Playing behind the strikers, he showed off some lovely through balls, being a constant threat to the opponents. Promising from the Spaniard, let’s see if he stays at the club.

Castillejo (6): Made a few good runs behind the defence, and nearly scored on one occasion. However, he should’ve been more composed. Bonus points for the hard work. 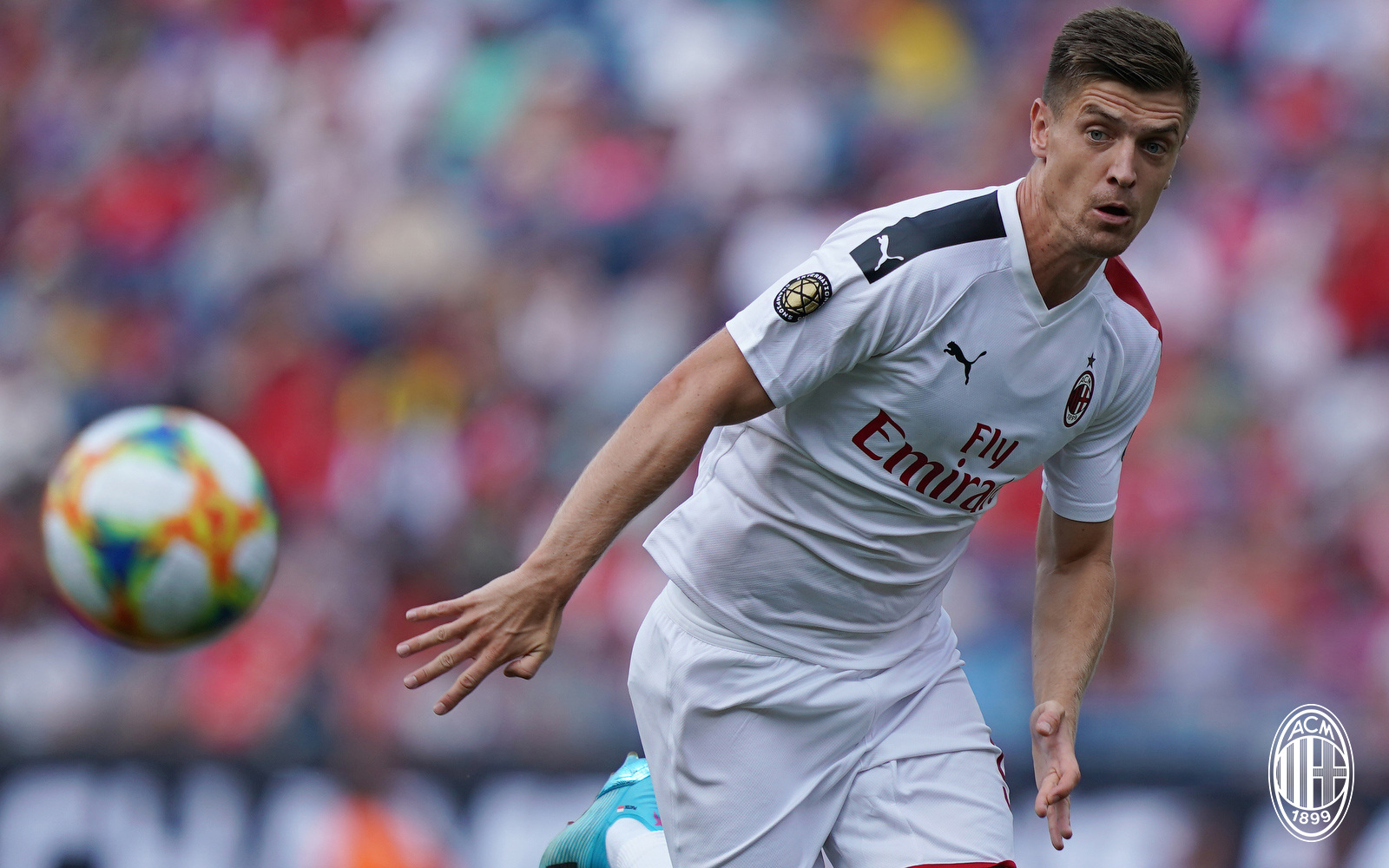 Piatek (5.5): Hasn’t really settled in yet in the new formation, it seems. Sometimes drifts out wide, which isn’t where he should be. However, then again, he lacks the service.

Reina (6): Couldn’t do much about the goal. Did make a few good stops, but he wasn’t put into action as much as Gigio.

Gabbia (5.5): Caused a free-kick in a dangerous position due to clumsy defending, which affects his ratings. Other than that, he played well, getting the job done.

Krunic (5.5): Didn’t really add much to the game, lost the ball a few times as well. The game certainly didn’t fit his style, or at least so it seemed.

Strinic (5): Wasn’t awful by any means, but he really didn’t do himself justice. Never looked promising when on the ball, and he topped it off with a horrible cross in the last seconds of the game.