Antonio Donnarumma (8.5): An absolutely outstanding performance by the much-criticized summer signing coming in for his first official game in a Milan shirt. Coming into the side after a pregame injury to Storari he made a phenomenal point-blank save on Joao Mario to keep the game at 0-0 earlier in the game and was generally calm and collective. Kept the clean sheet as well, what more can you ask from your backup.
Ignazio Abate (5): Only played 53 minutes before having to come off due to injury. Was unsure and unable to stop the onslaught of crosses that came his way in the first half
Leonardo Bonucci (7): Had a relatively shaky first half but came into his own after the break and kept one of the most feared strikers in the league completely quiet for the majority of the game. Confident second half performance by the captain.

Alessio Romagnoli (8.5): A very commanding performance from start to finish. Showed maturity beyond his years and was one of the most influential players on the pitch. Never struggled even against a worthy adversary like Icardi
Ricardo Rodriguez (7): Had a good all-round game and didn’t allow dangerman Candreva to play comfortably as he has in previous derbies. Helped the team well offensively.
Lucas Biglia (7): Controlled the possession and pace of the game well and never looked overwhelmed by the occasion. Won the ball several times as well, best performance this season.
Frank Kessie (8): An absolute menace for every Inter midfielder well into extra time. Never gave up and set up several crucial opportunities to score. Returning to his Atalanta form more and more with every passing game. 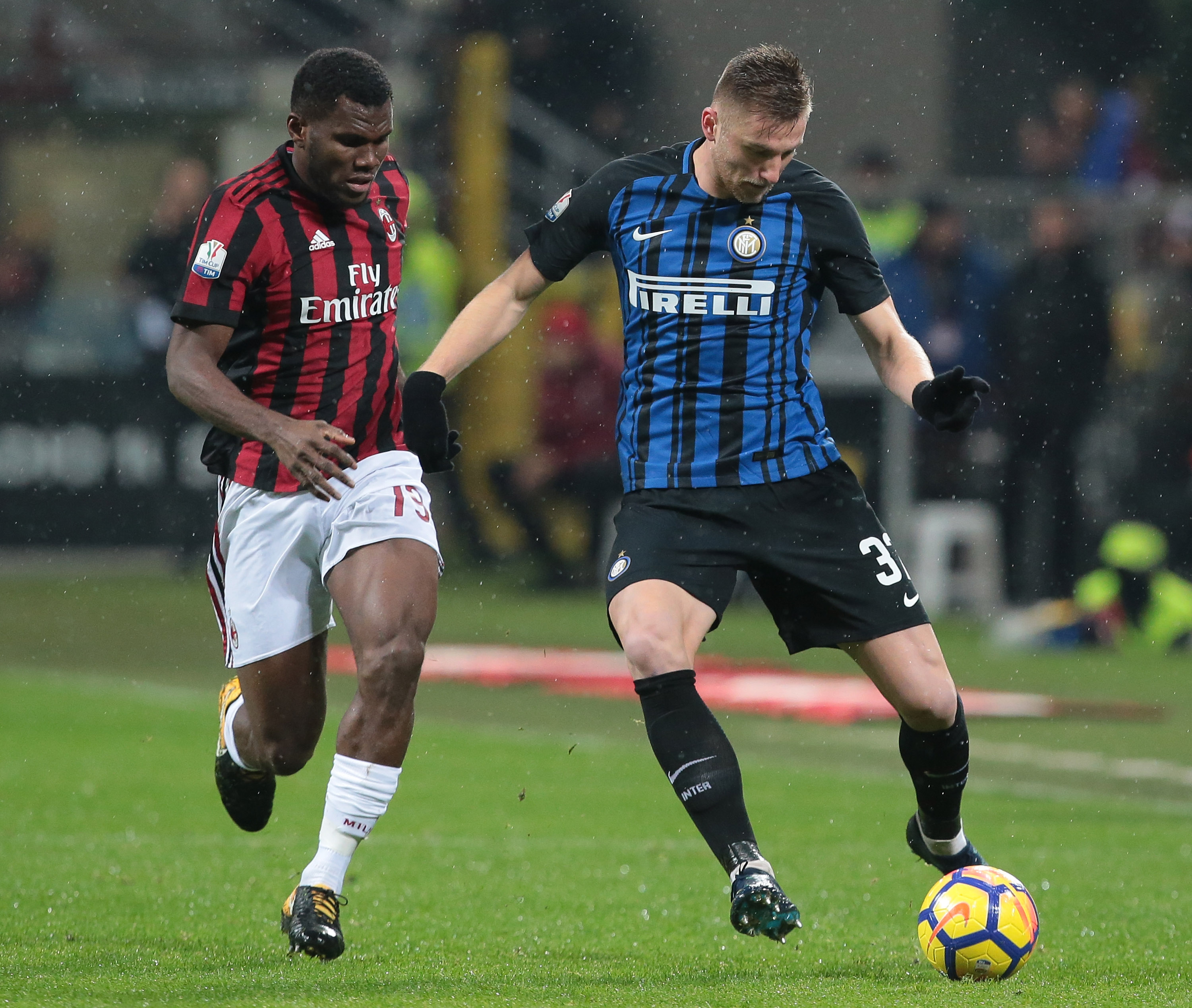 Manuel Locatelli (5): Picked up a needless yellow card early in the game and never quite recovered after that. Was afraid to put in a challenge and was substituted by Gattuso for fear of a sending off.
Suso (8): Yet another beautiful creative performance from the Spanish talisman. Torturing Nagatomo all game and providing cutting passes and crosses including the assist for the deciding winner.
Nikola Kalinic (5): Struggled to get into the rhythm of the game and was being handled very well by Skriniar. He, unfortunately, didn’t get to see out the match after a nasty tackle forced him off.
Giacomo Bonaventura (7): Provided one of his trademark solid performances, rarely put a foot wrong while helping out on both ends of the pitch.
Substitutes
Davide Calabria (6.5): On for the injured Abate, he made one potentially crucial mistake which was thankfully corrected by A. Donnarumma but other than that rarely set a foot wrong.
Hakan Calhanoglu (5.5): Looked slow and lethargic for much of his minutes after being subbed on for Locatelli. Had some nice moments but was average in general.

Patrick Cutrone (9-MOTM): The match winner himself. On for the injured Kalinic, he immediately made an impact with his all-in tempo and was thoroughly rewarded after volleying home from a delightful Suso cross.
Serie A Standings