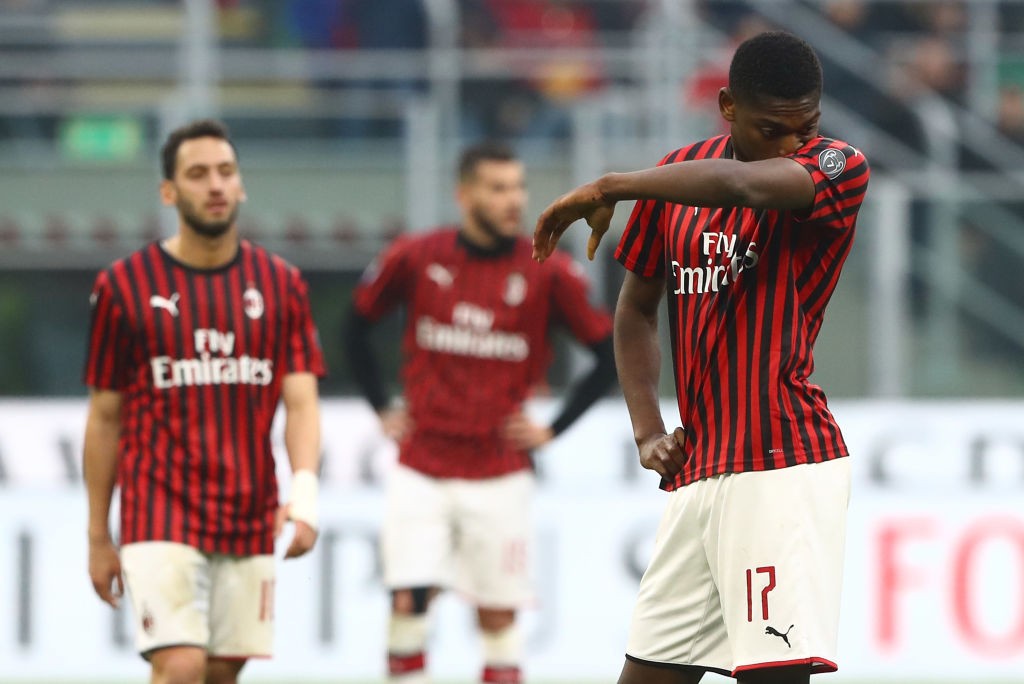 AC Milan’s winning streak came to an end as they failed to beat Hellas Verona at the San Siro, drawing 1-1.

Hakan Calhanoglu scored through a deflected free kick in the first half to cancel out Davide Faraoni’s opener, but the Rossoneri were unable to break down their opponents despite having a man advantage for the last 20 minutes.

You can read our match report here, and below are our player ratings from the game…

Donnarumma (6.5): Once again, Gigio had a near perfect game as he keeps proving how crucial he is to his team, though he wasn’t tested extensively nor could he do much for the goal.

Calabria(5.5): Poor defensively and useless offensively. Calabria was neither an asset nor a burden, he lurked in the background without contributing to anything.

Musacchio(6): Solid game from the Argentine who looked better than usual at covering Romagnoli. Simon Kjaer will have to fight for his place back.

Romagnoli(6.5 – MOTM): The captain was everywhere on the pitch, trying to motivate his team mates while being impeccable in defence, making a number of key interventions.

Hernandez(5.5): Definitely his worst performance this season, The Frenchman was poor defensive as he failed to prevent Hellas Verona’s goal and sloppy at the other end, wasting many chances and failing to get past his marker multiple times. That was not what the fans got used to seeing from him. A performance to forget.

Castillejo (6): Despite his often poor decision making, the Spaniard was mostly solid. His pace and technique caused some trouble on the right for the opponent even though he could have done better with end product on some occasions.

Calhanoglu (6): The Turkish international scored a crucial goal but failed to cover for Ismael Bennacer as the midfield was often outrun by the opponent.

Kessie (6): A typical performance from Kessie, a few bright spots overshadowed by some poor and needless mistakes.

Bonaventura (5.5): A poor display but Jack who seems to only be the shadow of his former self. He does not look like he can naturally occupy the left midfield role, which leaves us questioning where he fits in, if at all.

Leao (6): His pace, intelligence and technique are a great asset but are ultimately outweighed by poor finishing, which is becoming a great liability for the Portuguese.

Rebic (6): The savior of the past few games failed to capitalise on a few good opportunities and could have done better overall. Not a terrible performance but the Croatian is capable of so much more. Needs to be more decisive when in space in the box.

Saelemaekers (6): A promising debut from Alexis as he brought a lot of danger going forward, though did shank a good chance way over.

Paqueta (5.5): Except for a couple of penetrating through balls, the Brazilian did not have the impact on the game both coach Pioli and the fans expected.