AC Milan finished off the season in fashion defeating Cagliari 3-0 at the San Siro. Ragnar Klavan scored an own goal to open the scoring and was followed by Zlatan Ibrahimovic and Samu Castillejo on the scoresheet.

Donnarumma (6.5): Did not have much work to do throughout the match, but at the end of the game he pulled off a fantastic save to keep the clean sheet. Otherwise calm as usual on the ball, without any mistakes.

Calabria (7): Built on his previous positive performances and looked very confident in both phases of the game. His crossing was fine and his defensive contribution was stellar.

Gabbia (6.5): Looked much calmer and more composed than in his previous starts. Calm on the ball, fine tackling and several blocks. Seems to be growing somewhat.

Kjaer (7): He has been one of the best Milan players in the second half of the season and today he proved it once again. Experienced and thorough performance with the cherry on top being his backheel intervention that prevented Cagliari from scoring in the first half.

Hernandez (6.5): Not as active as we are used to in the offensive phase, but still had his positive moments, especially the run leading to Ibrahimovic’s goal. Defensively faultless.

Kessie (6.5): After the forced break he has set a standard performance for himself and today he once again performed up to that standard. Physically dominant, combined well with his teammates. Another complete performance.

Bennacer (6.5): A fine performance from the Algerian, who looks to have really found himself in the creator role in the double pivot along with Kessie. Looked very calm and composed in his role and dictated the tempo of the match with ease.

Castillejo (7): A somewhat anonymous first half from the Spaniard except for his pinpoint cross to Ibrahimovic, but in the second half he assisted Ibrahimovic smartly for the second goal and then scored the third himself.

Calhanoglu (6.5): Another solid performance from the Turk. Combined well with Ibrahimovic and Leao and seemed to be everywhere, acting as the principal orchestrator of the game for the Rossoneri.

Rafael Leao (7): A fantastic performance from the youngster up until his forced substitution due to injury. He was quick, intelligent and caused all sorts of problems for Cagliari’s defence. The first goal was created almost entirely by his great move in the penalty area. 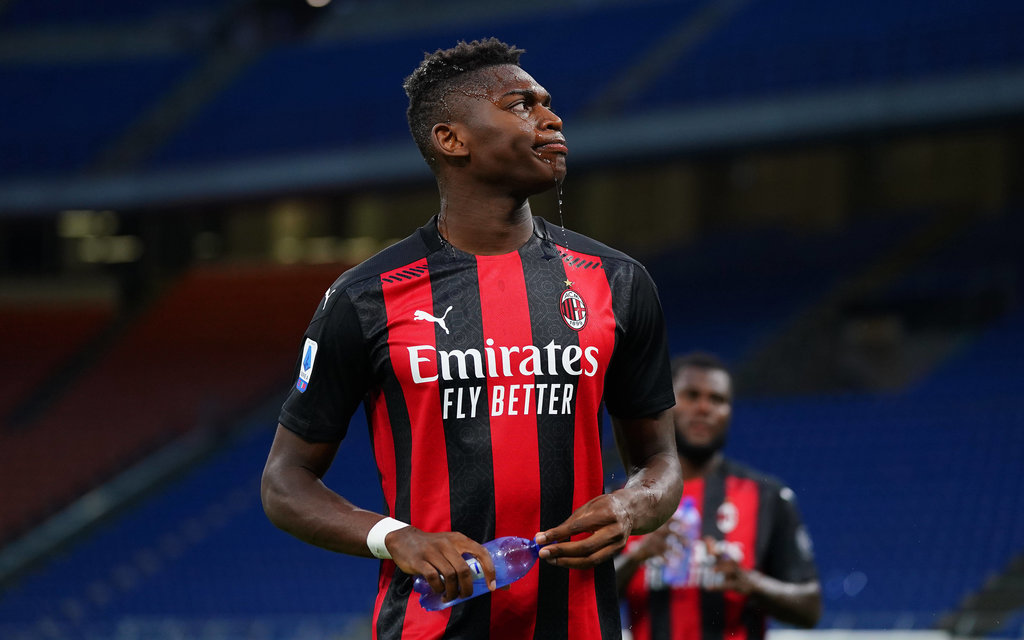 Ibrahimovic (7): Many mistakes in the first half and a missed penalty, but the second half was another story from the Swede. He scored a fantastic goal and was a constant threat for Cagliari’s defence. Could have added an assist but Calhanoglu missed a glorious chance at the beginning of the second half.

Bonaventura (6.5): His last match in the Rossoneri shirt and it was a match to remember from him. He looked very motivated and attacked well, adding his last assist in the Milan shirt for Castillejo to score the third.

Daniel Maldini (5.5): Came in for his second Serie A appearance and played it simple.

Saelemaekers (6): Had several interesting ideas and positive runs, but lacked the precision to conclude them with something concrete.

Brescianini (6): Looked very calm for his age and also considering it was his Serie A debut. Made several fine tackles and passes.