Milan secured their spot in next season’s Champions League with a strong 2-0 win against Atlanta this evening, thanks to a Franck Kessie brace. And thanks to the three points, they also secured second place in the league.

Donnarumma (7): The goalkeeper surprisingly wasn’t really tested by Atalanta this evening but was very important for Milan in the build-up. Comfortable between the sticks as usual and showed his leadership today.

Calabria (7): It was mostly a good match by the right-back as he won many of the duels, although helped a bit by his teammates in the second half. We all know what he can do in attack as well, so it was a shame he didn’t get forward more.

Kjaer (8): Another fantastic performance from the Dane this evening as Milan kept their fifth consecutive clean sheet. It’s hard to describe how much he means sometimes but he kept the dangerous Atalanta attackers at bay tonight.

Tomori (7.5): He was out of position on a few occasions but was very solid throughout the game. Won the ball more than once and with Champions League in the bag, his stay at the club seems to be just a formality at this point.

Hernandez (8): You could argue that he didn’t do that much in the second half, but he was instrumental in getting Milan the important first goal as he won the penalty. His bursting runs continue to be crucial for the Rossoneri.

Bennacer (6.5): Not the Algerian’s best match as he played it dangerous on more than one occasions. A few misplaced passes aside, he did do well when he faced the Atalanta goal, rather than work towards his own. 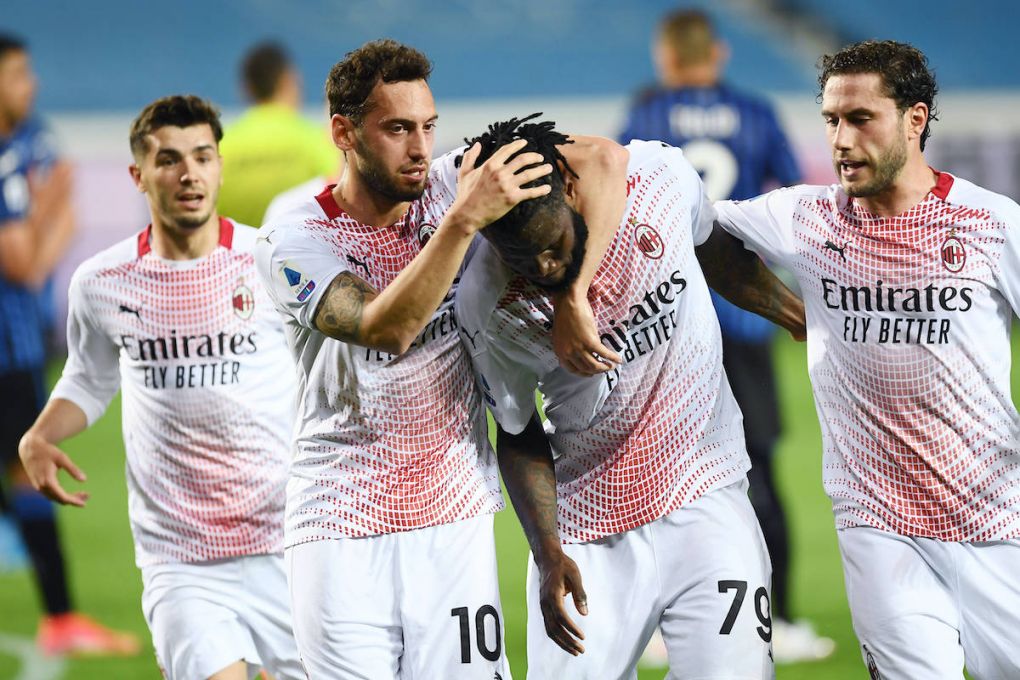 Kessie (9 – MOTM): Il Presidente lived up to his name this evening with two crucial goals, both scored from the spot. He was also crucial in the defensive phase and ran his heart out even in the final minutes, showing just how important he is.

Saelemaekers (7): Had a chance early on to give Milan the lead but failed to hit the target. Focused mostly on defending this evening and did that well, also involved in the penalty that Theo won. Very solid as usual.

Diaz (7): The Spaniard was the only man who managed to keep the ball at his feet in the first half and was a key part of the move that saw Theo win the penalty. It remains to be seen if he will stay, but he has increased his chances.

Calhanoglu (6.5): We expected the Turk to step up and lead the team tonight but we didn’t really see that. He just wasn’t that involved when Milan went forward, although he did win the second penalty. Was also solid defensively.

Leao (7): You could argue that his rating could be lower but at the same time, he got a lot out of the little he had to work with. His finish when he hit the post wasn’t necessarily bad as it was more a question of bad luck. With his runs, the Atalanta defenders were kept busy.

Krunic (7): When he came on, you knew exactly what Pioliw wanted and we got to see that on the pitch. The Bosnian worked extremely hard and was an important resource in midfield in the final minutes.

Meite (7): The Torino loanee might have played his last game for Milan and he almost crowned it with a lovely assist for Leao. He also did well in the defensive phase.