AC Milan defeated Chievo 2-1 at the Stadio Bentegodi in what was a somewhat unconvincing performance from Gennaro Gattuso’s men. However, it’s the three points that matter and thus, the Rossoneri will go into the Derby della Madonnina matchup in third place.

Donnarumma (6): Didn’t have much to do except for one semi-dangerous situation. Not fair to blame him for Chievo’s equalizer.

Conti (5): A very disappointing performance from Conti, who was not capable of getting into the game. Offensively he offered little and in the defensive phase, he was shaky, being at fault during Hetemaj’s goal.

Musacchio (7): An important pillar of the defence. Another solid performance from the Argentinian who, together with Romagnoli, did not let Chievo do anything dangerous in the penalty box.

Romagnoli (7): The casual great performance from Romagnoli. Intelligent, aware, compact. Could have scored one of the goals of the season with a backheel goal but his attempt went just wide at the end of the match.

Laxalt (5.5): Started after a long time with the absence of Ricardo Rodriguez. His biggest strength is his pace but he was unable to use it too much today due to Chievo’s game approach. A very average game overall from the Uruguayan.

Kessie (7): A very nice game from the Ivorian, especially in the first half. Had some misplaced passes but overall was probably the most active midfielder in the offensive phase and worked extremely hard on both halves of the pitch. 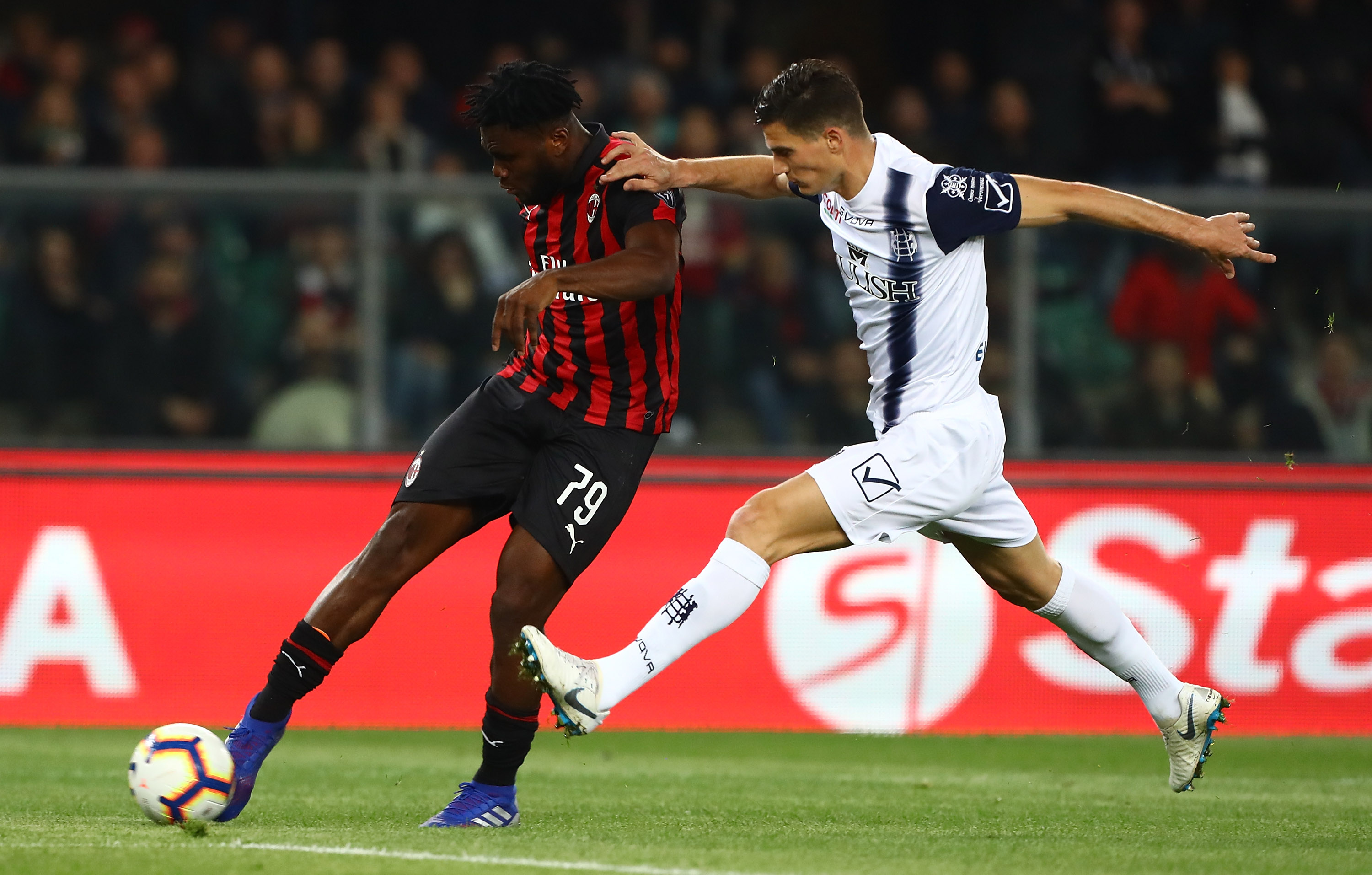 Biglia (7.5): A great return into the starting line-up for the Argentinian. Scored a magnificent free-kick in the first half and made an enormous effort throughout the game, giving the Rossoneri balance and quality in the midfield.

Paqueta (5.5): Seemed somewhat careless today. Did not get into the game. Misplaced many passes and looked naive in many situations, losing many balls in disadvantageous situations for the team. Deservedly substituted at the beginning of the second half. Though, he deserved credit for winning the free-kick that led to the goal.

Suso (6): Better but still not on his top. Something is missing for the Spaniard. He had some flashes of his old self but overall, he is misplacing many passes and is not as effective as we are used to. Perhaps in the derby, in which he enjoys to score, will be his time to shine.

Piatek (7): Another enormous effort from the Polish attacker. Worked like a horse and made himself available in a difficult situation and pitch. Unlocked the match with the only big chance he got and returned back to scoring after his little ‘fast’ against Lazio and Sassuolo. 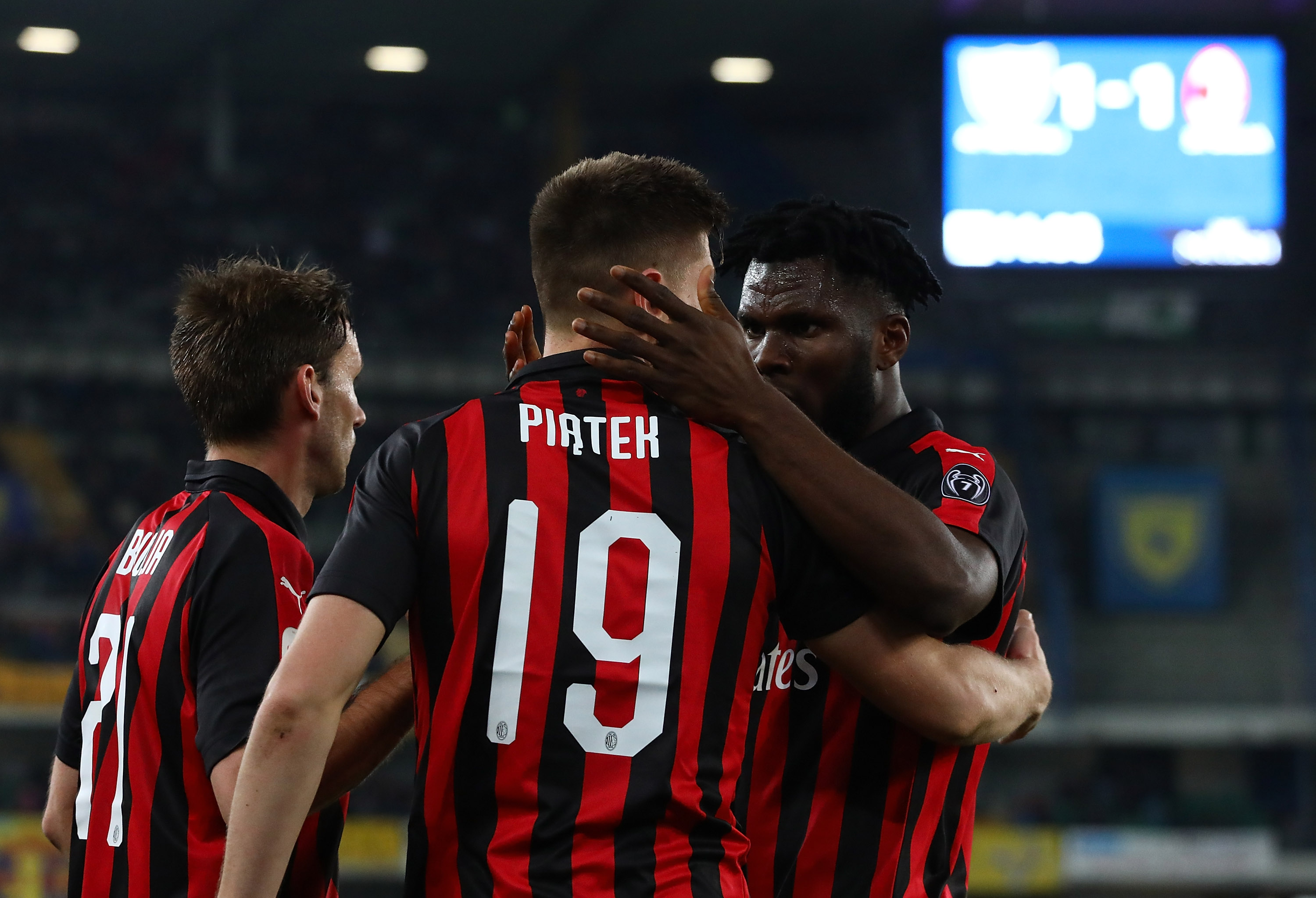 Castillejo (7): Very lively match from the Spaniard. Looked like the more dangerous out of the two wingers today, though at times his decision-making let him down from performing better. Made a nice headed assist to Piatek for the deciding goal.

Calhanoglu (7): The Turkish midfielder changed the game for Milan. After coming on, he became the chief constructor of the team’s attack and the players looked much more lively with him on the pitch. Played an important role in Piatek’s deciding goal.