Milan ended the year with a 1-1 draw at the Stadio Artemio Franchi against Fiorentina and have failed to make a leap in quality compared to previous Serie A matches.

Gianluigi Donnarumma (7.5): Kept the team in the game on numerous occasions with some incredible saves, especially in the first half. Man of the match performance from the young goalkeeper and a fine return back from injury.

Davide Calabria (6): Had a couple of very good defensive moments combined with several errors resulting in a somewhat average performance for the homegrown fullback.

Leonardo Bonucci (5): Bad performance from the captain. Was at fault on Fiorentina’s opening goal and had an overall very rusty match compared to the Inter game a couple of days ago. 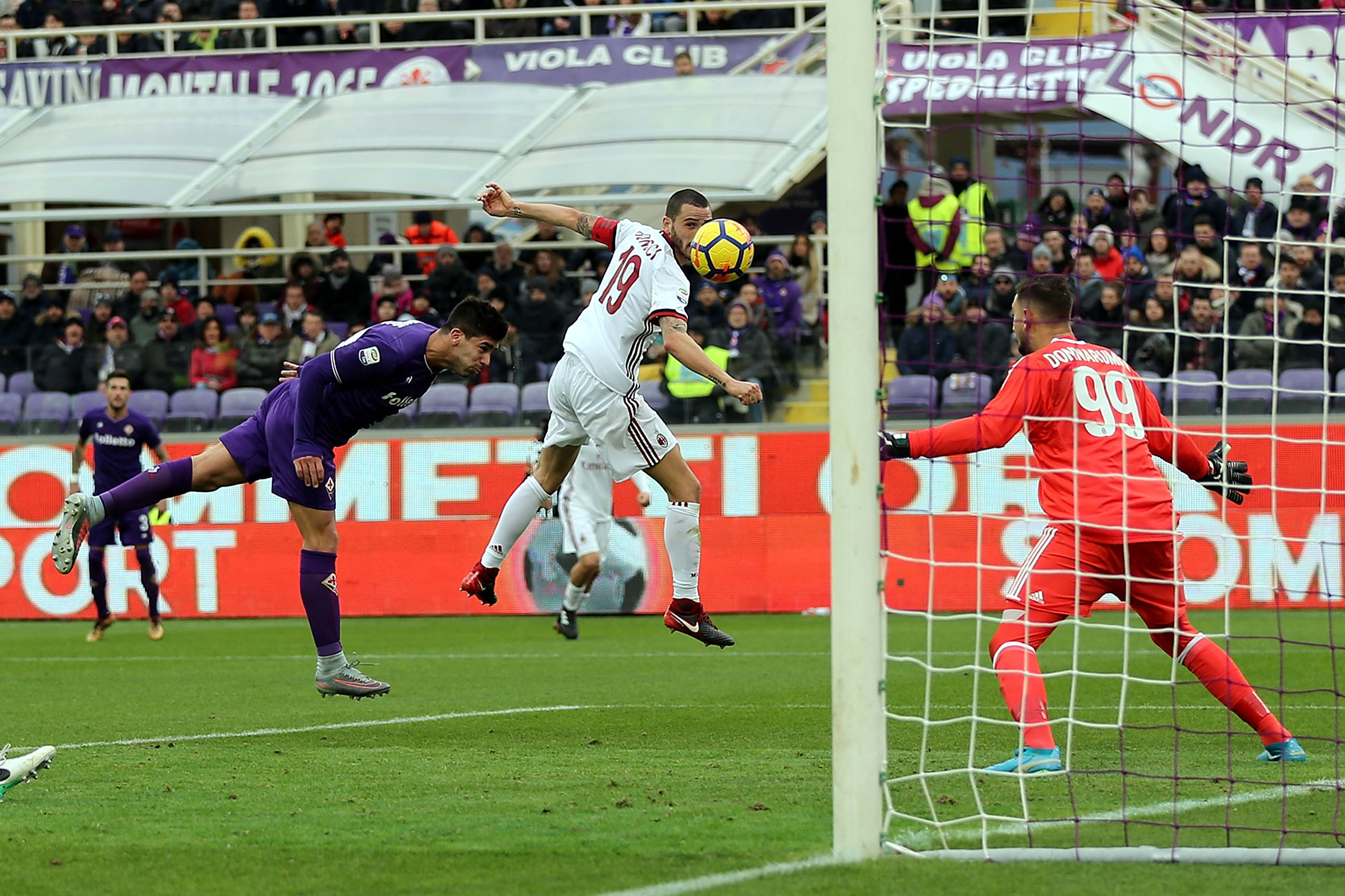 Alessio Romagnoli (6): The better half of the center-back pairing, although even in Alessio’s case it was a downgrade compared to his Derby di Milano performance. Was quite lucky to have escaped a red card after his foul on Simeone in the first half, but in general he looked quite solid at the back.

Ricardo Rodriguez (5): Dull performance from the Swiss international. Lost the ball very easily a couple of times and gave Fiorentina the chance to threaten on the counter. Offensively almost non-existent performance. Disappointing.

Franck Kessie (5.5): Looked very tired after his amazing performance against Inter. Not so involved in the match, but did not make any match-changing mistakes.

Riccardo Montolivo (5.5): Uninspiring performance from the former Milan captain. Made some crucial blocks and tackles, but going forward he was very limited and incapable of creating opportunities for his teammates.

Giacomo Bonaventura (5.5): Similarly to Kessie, the 120 minutes in Jack’s feet against Inter were quite evident today. Did not make his usual dribbles and runs that cause big problems to opposition defenses. 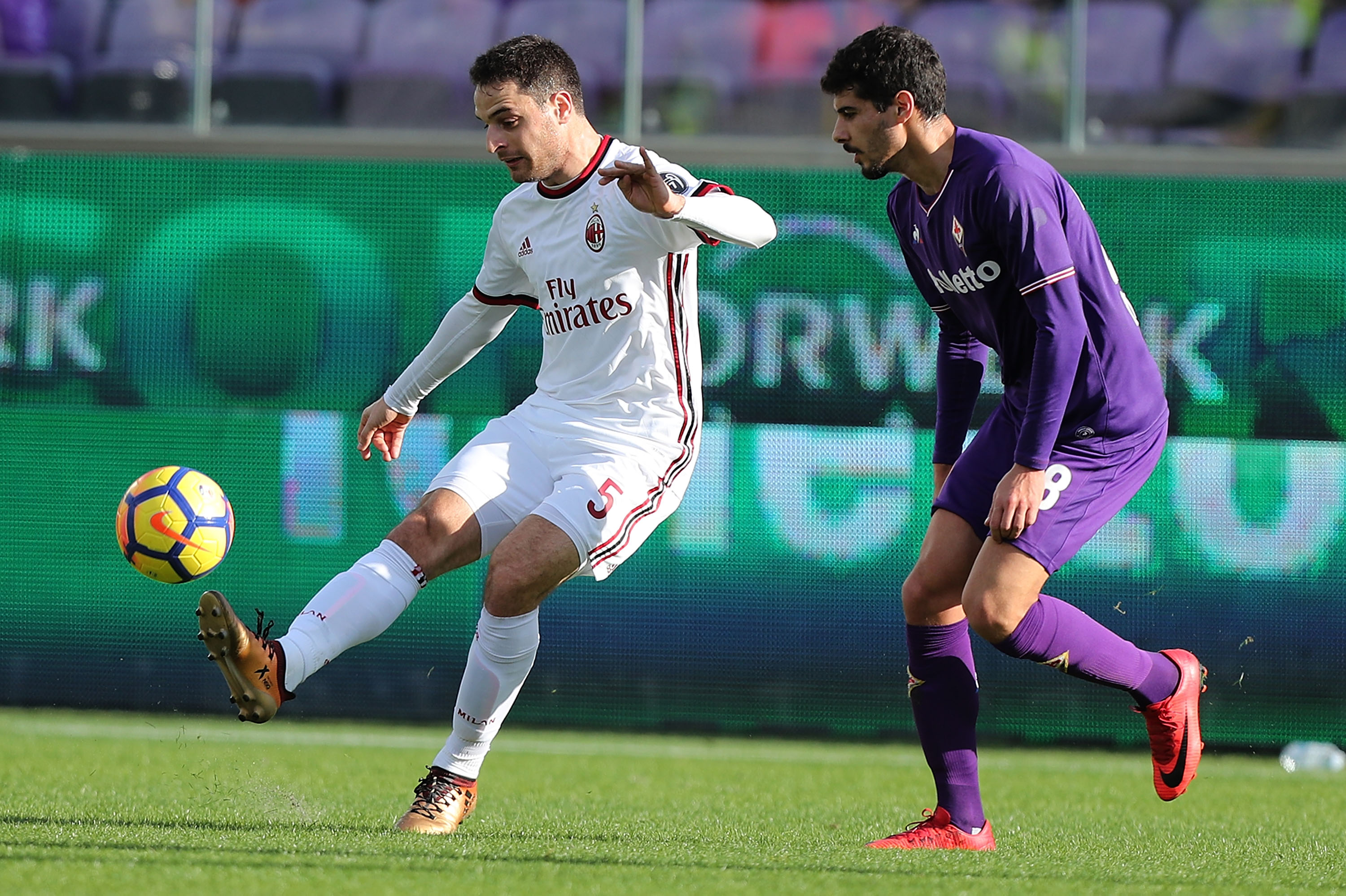 Suso (6.5): Also very evidently tired, but despite that he proved again to be the team’s main danger man. Had Milan’s first real chance of the match and his shot led to Calhanoglu’s equalizer in the second half.

Patrick Cutrone (5): Fought hard, tried to make many runs, but somehow was not capable of getting into the game. Perhaps also a bit jaded after the extra-time thriller against Inter on Wednesday.

Fabio Borini (4.5): Had no significant contribution to the game and was deservedly subbed-off early in the second half.

Hakan Calhanoglu (7): His substitution proved to be a big boost for Milan’s offensive game. His passing was on point and he also managed to equalize shortly after Fiorentina’s goal with his second league goal this season. 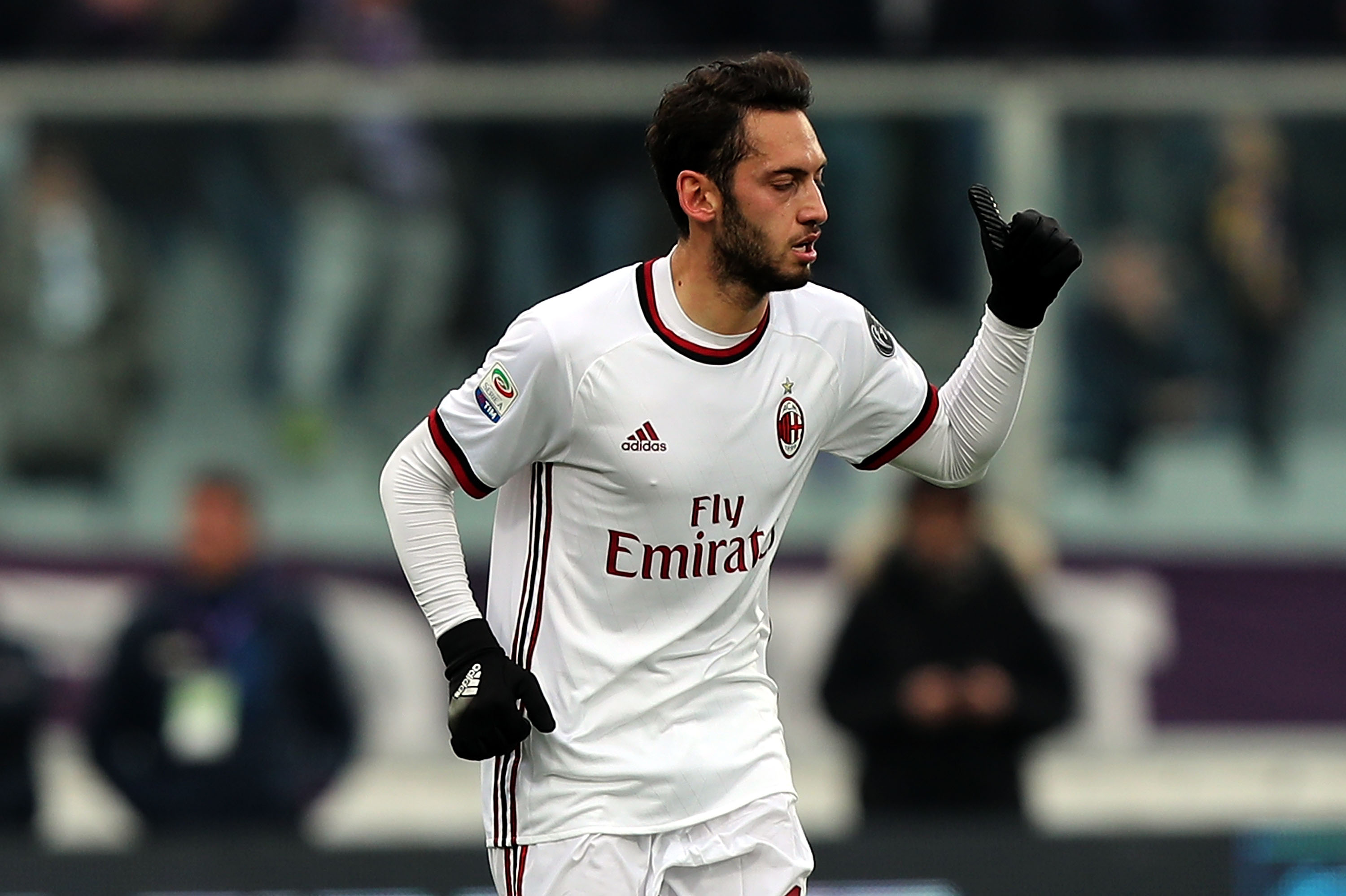 Andre Silva (6): Came on evidently fired up wanting to show his worth. Made a couple of good runs and had one shot on goal, but was still unable to grab his first league goal for the club.

Gennaro Gattuso (5.5): Probably should have rested some players after the Coppa Italia fixture with Inter. The first half was evidently very dull from the Rossoneri even due to this. However, Gattuso responded well in the second half taking off Borini and sending Calhanoglu on the pitch as well as Andre Silva to freshen up the attacking phase.