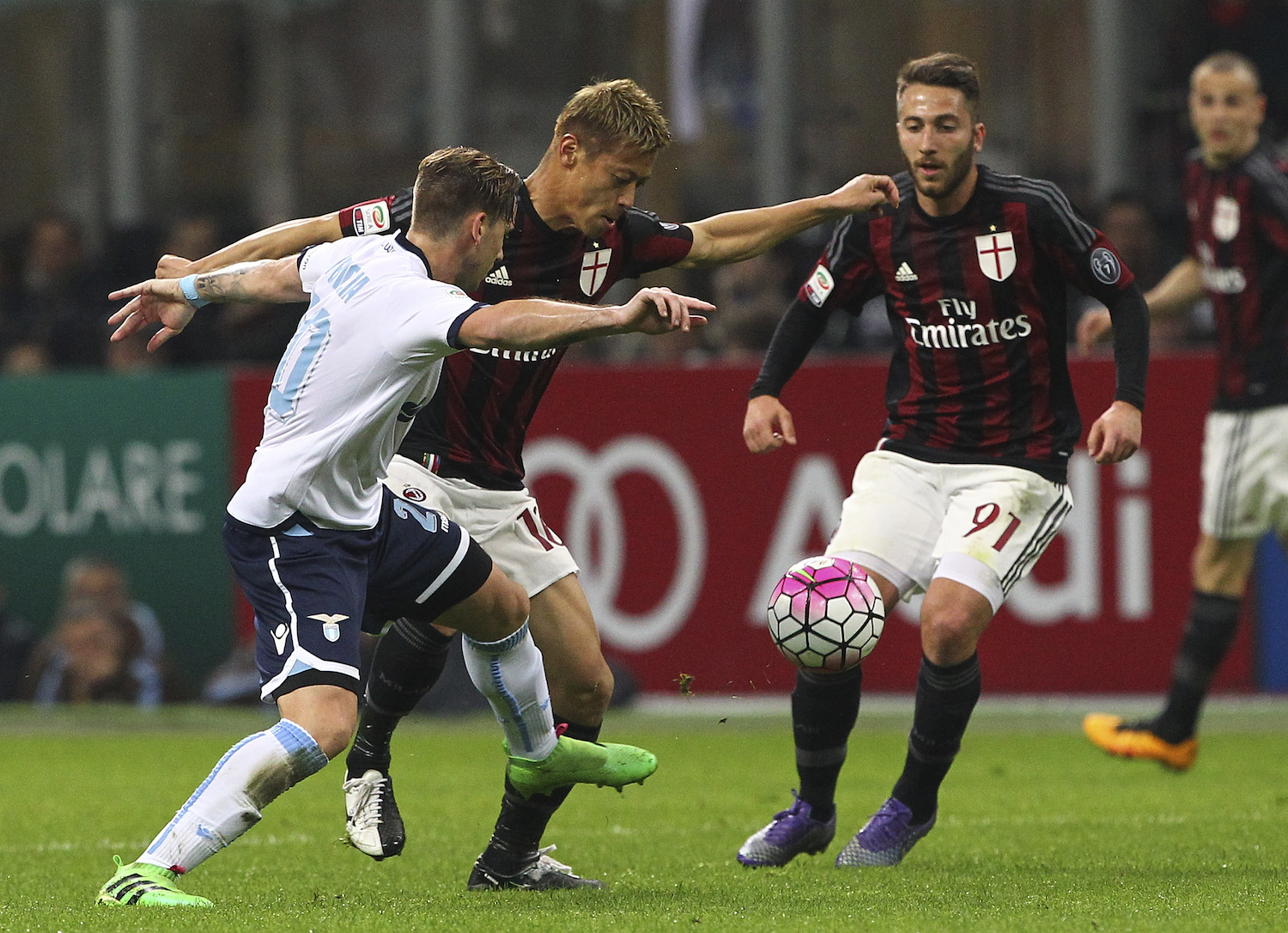 AC Milan were held by 10-man Lazio at San Siro on Sunday night, drawing 1-1 with the Eagles in a frustrating encounter.

Marco Parolo gave the visitors an early lead which Carlos Bacca responded to, ending his four-game goal drought. Here are the ratings:

Donnarumma (7): Young Gigio wasn’t really called upon throughout the match and there wasn’t much he could do about the Lazio goal, but the save he made on Felipe Anderson’s chance was incredible and kept the scores tied.

Abate (6): Ignazio had a good game, both defensively and offensively, putting some good crosses into the Lazio penalty area as well as making those fine sprints we like seeing of him.

Zapata (6): The Colombian center back looked a bit shaky at times. He gave away possession a few times but he did well to keep out the Lazio attack from creating too many opportunities. 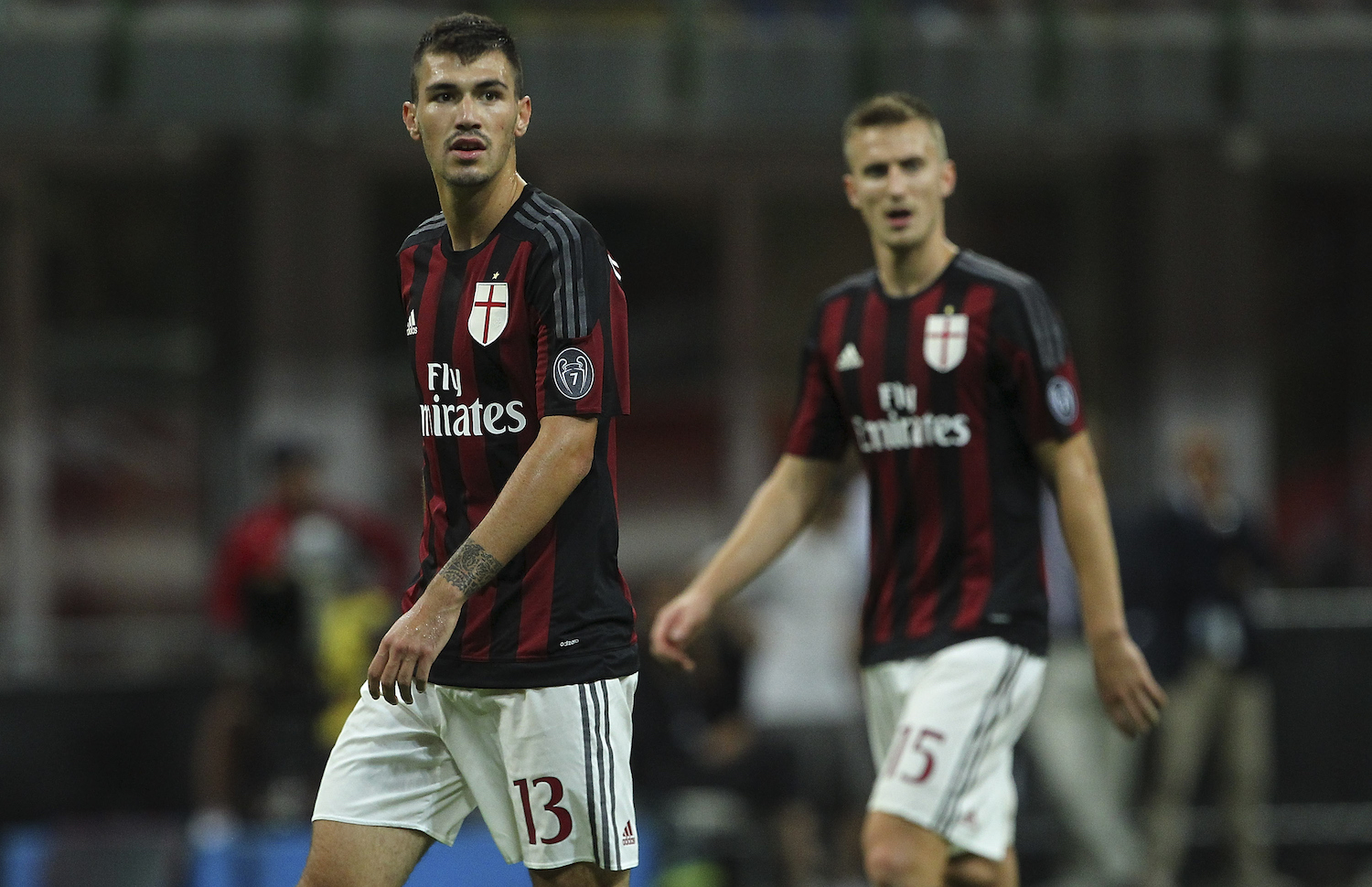 Romagnoli (7 – MOTM): Having barely made any mistake, Alessio was really solid at the back showing once again he can take control of the defense. The young Italian center back is a crucial starter for the team and constently proves his worth and how reliable he is.

Antonelli (6): Luca had a quiet match compared to his usual performances we’re so used to but he did make a big impact offensively and defensively as per usual. Luca proves match after match how crucial he is down the left flank.

Honda (6): It was an up and down performance by the Japanese Samurai who had good and bad moments throughout the match, making some great crosses into the box and creating chances but also missing a number of opportunities as well as giving away possession. 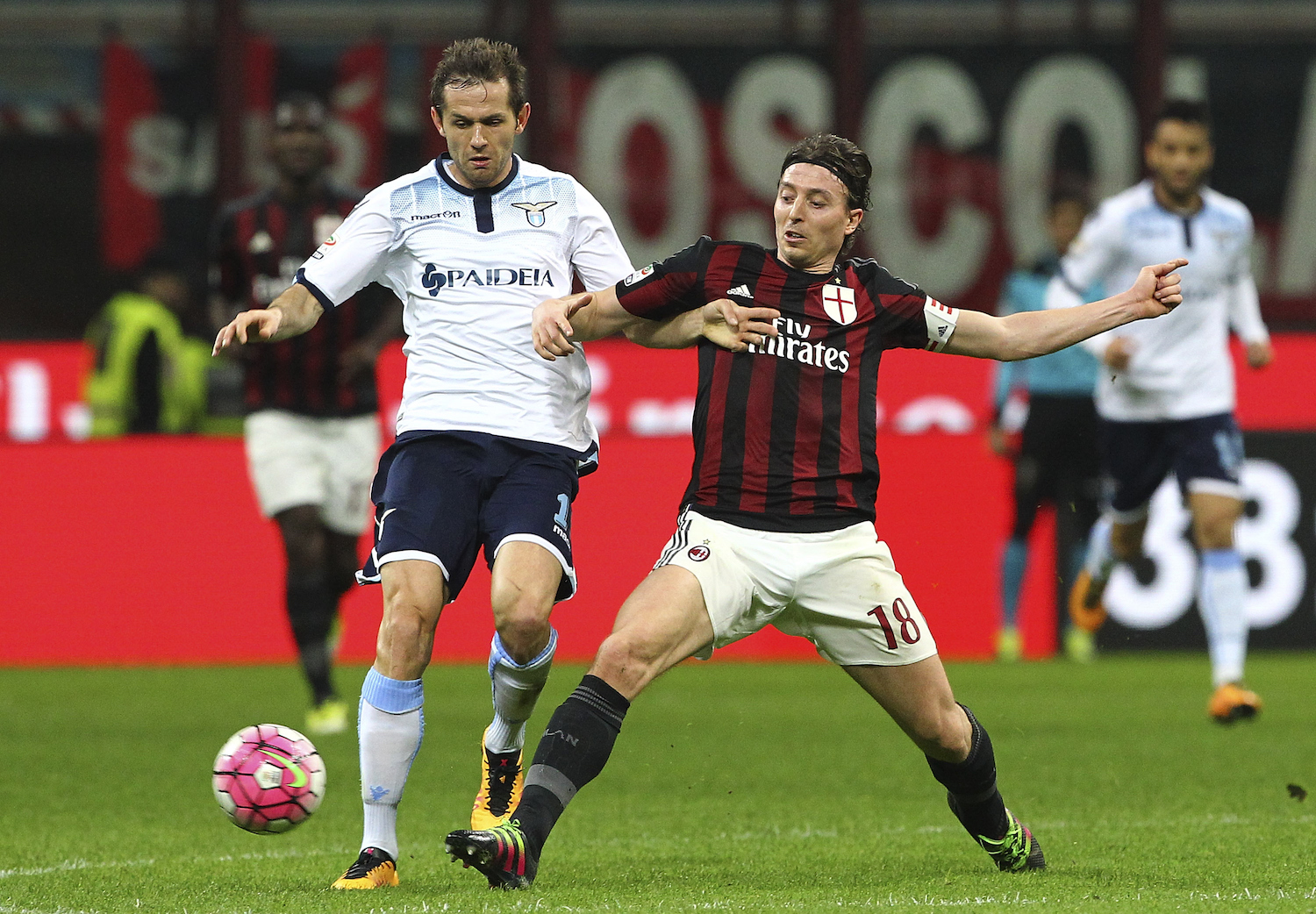 Montolivo (6): Il Capitano showed us he was missed in the Milan midfield coming back from an injury that kept him out for a while. It wasn’t his best match and he wasn’t the best player on the pitch, but he put in a solid performance.

Bertolacci (5): Andrea hasn’t really cemented himself as a starter in this squad, has he? He’s been having a poor run of form and putting in bad performances, including this game. He needs to step up.

Bonaventura (7): Giacomo came so close to scoring 3 times, hitting the crossbar, having the keeper push the ball to the post, and having the defender make a crucial block on what was a sure goal. He put in a great performance, as always, all he was lacking was the goal which could’ve possibly been the winner. 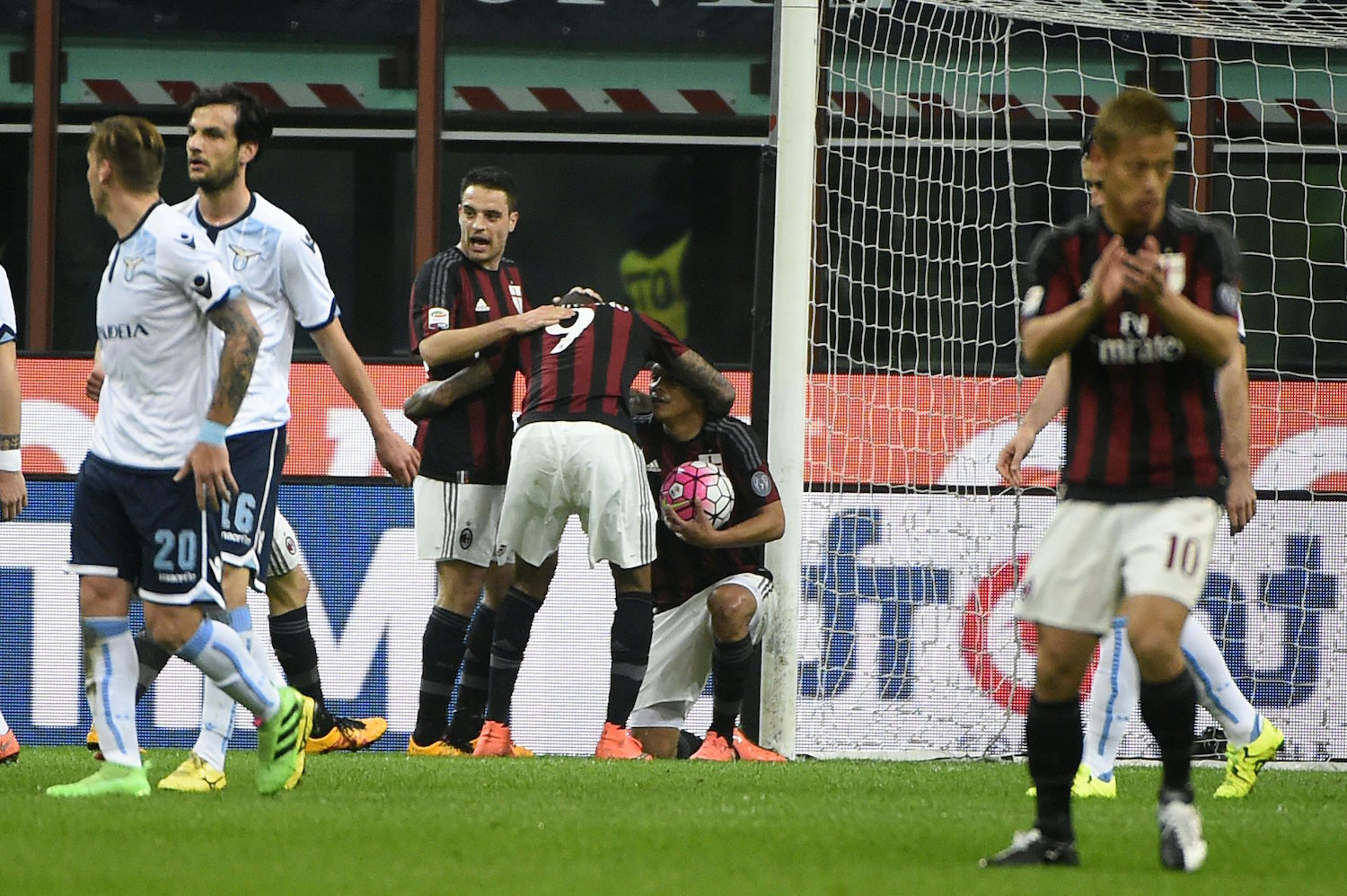 Bacca (6): Milan’s top scorer has finally found the back of the net after having failed to register a shot on goal in the last 3 matches, scoring his 14th Serie A goal of the season. That will surely get some weight off his shoulders.

Luiz Adriano (6): Luiz is back in the squad, making his first Serie A start since January 9 against Roma, showing us all the desire, determination, and energy running all around the attack also providing the assist for Bacca’s equalizer. 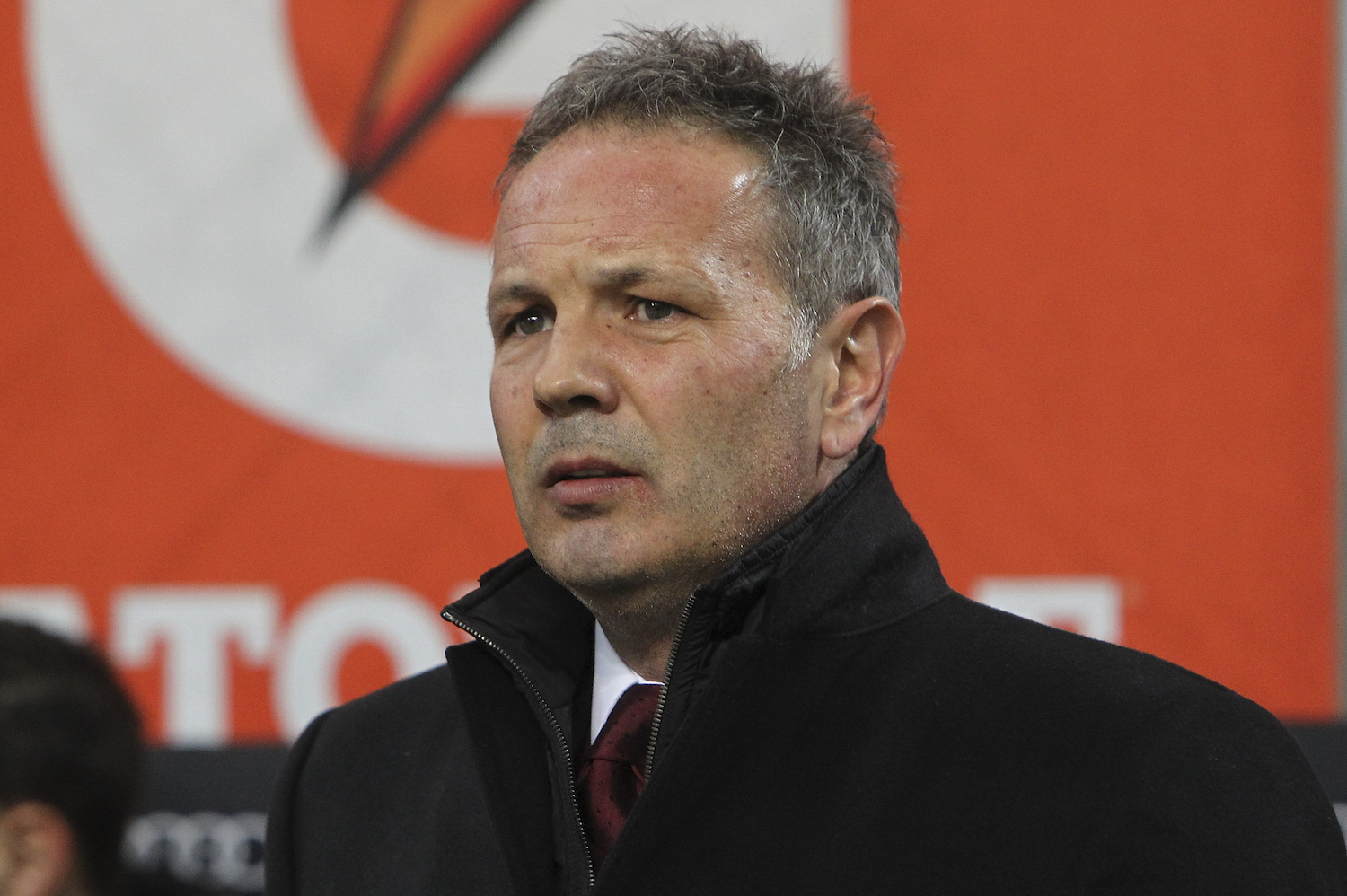 Balotelli (N/A): Super Mario made quite an impact after coming on, though coming on late in the match, creating a number of chances and showing a few good skills.

Menez (N/A): Jeremy came on late in the match and didn’t make much of an impact. You could tell he hasn’t quite gained full fitness yet.

Mihajlovic (6): Coach Sinisa played a good starting XI though could’ve made a few changes and made the substitutions earlier. 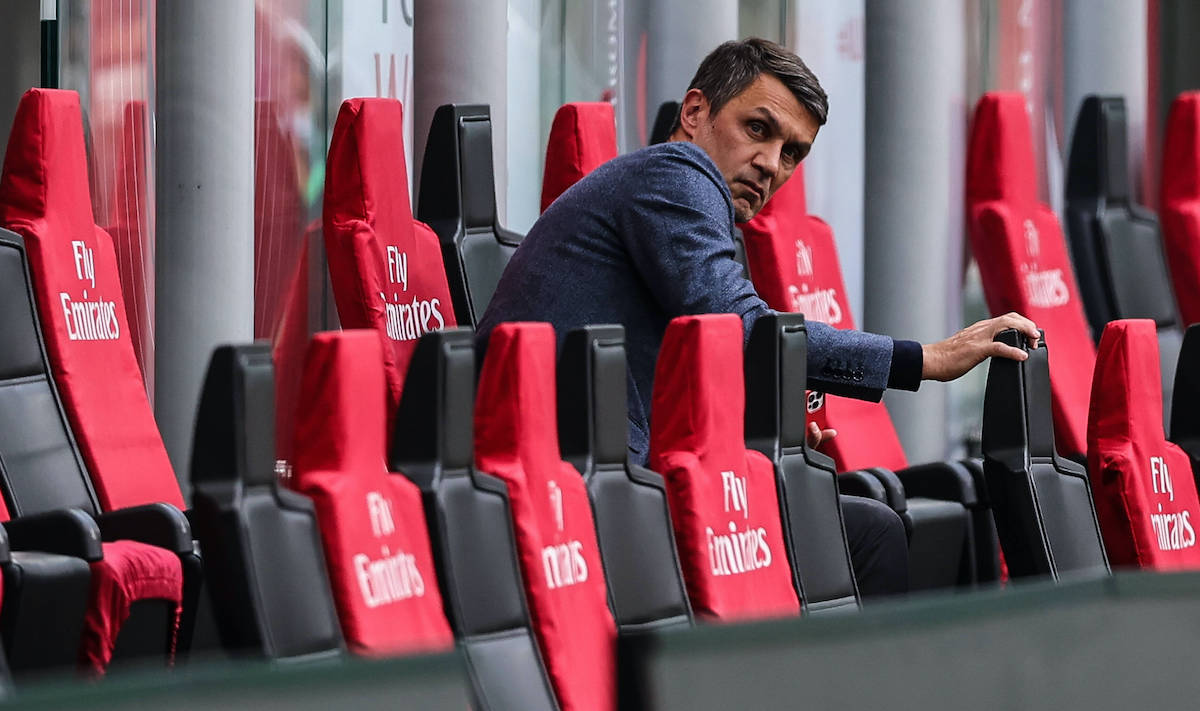 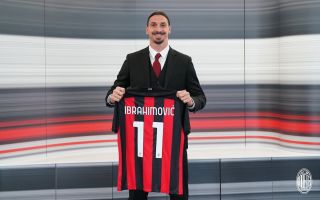