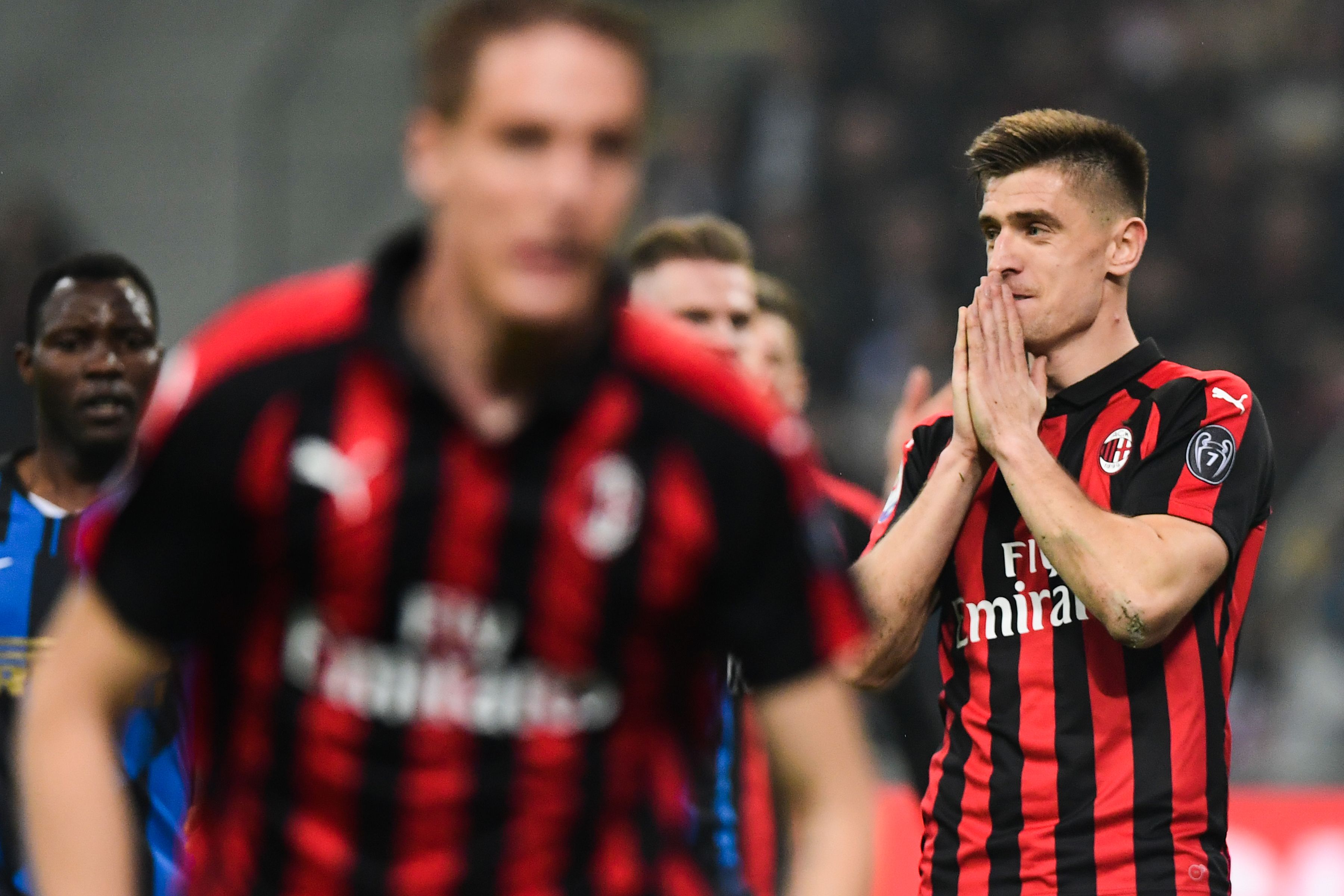 The Rossoneri’s winning run in Serie A was halted as they lost a thrilling Derby della Madonnina 3-2 against Inter.

How did the players fare?

Donnarumma (6): Could have knocked the opening goal out of play but didn’t get a hand on the cross. Could do nothing on the second goal, nor the penalty. Did all that he could, but in the end his defence let him down.

Calabria (5): Doing as much as he can on defence, he needs help from the midfield. Always has a dangerous delivery on him but Inter did well to shut down the right side for the whole game, and Perisic gave him nightmares at the other end.

Romagnoli (5): Looked slow at the start of the game, but as the game went on his game stepped up a bit more. We are used to seeing a strong defender in Romagnoli, and as the game went on that player showed up. Could arguably have done better on the first goal, and let his man get the better of him in the beginning of the second half to score the second goal for Inter.

Musacchio (6): Along with Alessio, he was slow to start the game. He needed to do better to prevent dangerous situations, and help his full-back out a bit more. Made some great tackles throughout the game, and scored the second goal for Milan, but it wasn’t enough to secure a point for Milan.

R. Rodriguez (5): Teaming up will with Calhanoglu and Paqueta on the left side of the field. Suspect positioning at times, but not an awful game before he was hauled off for Cutrone.

Bakayoko (7): Started the game a little shaky, but as the game went on the Bakayoko that Milan fans have grown to know showed up. He has been our strong point in the midfield. He was Milan’s best player on the night, scoring his first goal in the process.

Paqueta (4): Started the game a bit slow, and looked completely lost in a positional sense. The first time the Brazilian has looked truly out of depth, and he was subbed off at half-time.

Kessie (5): Needs to do better in a defensive sense, as too often he was caught up the field in transition. Came off for Conti and his reaction to being subbed was a disgrace.

Suso (5): Started the game poorly, and you could hear the fans jeering him from the start of the game after a run of difficult performances.  Looked like he had more confidence in the second half, and put in a good ball for the second goal, but simply wasn’t effective enough.

Calhanoglu (6): Looked to be full of confidence as the game went on and was Milan’s only real double threat. Assisted Bakayoko’s goal, and seemed to take up Paqueta’s role more after he came off.

Piatek (5): has not had any service into the box, is doing all that he can.  Had a poor game.  was not able to create much on the offensive side of the field.

Castillejo (5): Made an instant impact where Paqueta was failing, looking to get on the ball and create.

Cutrone (5): Came on in the second half and was so close to being the hero but for a late block from D’Ambrosio. 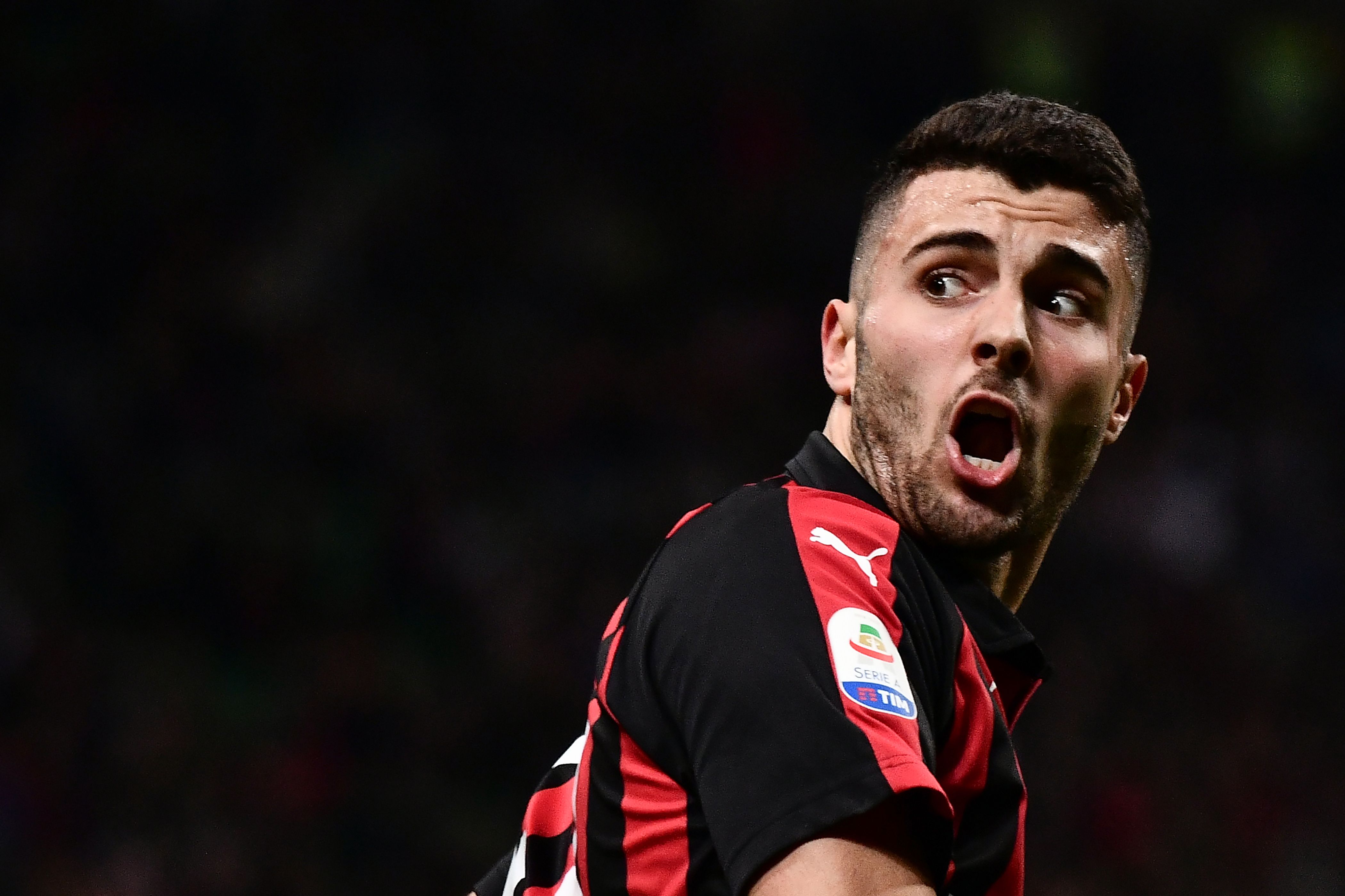 Conti (6): Came in the second half for Franck Kessie and made an immediate impact, providing a different dynamic and some pace. Tackled Martinez in the 88′ and had his red card reversed to a yellow card thanks to VAR.