AC Milan secured another three points this evening as they beat Roma by two goals to one at the Olimpico. It was a dramatic ending to a very entertaining game, with several good performances for the Rossoneri.

Tatarusanu (7): It ended up being a great performance by the Romanian goalkeeper, as the red card resulted in Roma actually creating chances and getting shots on target. He made some very good saves and was always positioned well.

Calabria (6.5): The captain was as solid as you would expect and he has really got the consistency right this season. Above all, he was important in the defensive phase but especially in the first half, he combined very well with Saelemaekers.

Kjaer (8): Incredible performance from the Dane, who stopped everything that came towards the Milan goal in the last 25 minutes. He almost got the MOTM award but nevertheless, one of his best displays with the Milan shirt for sure. 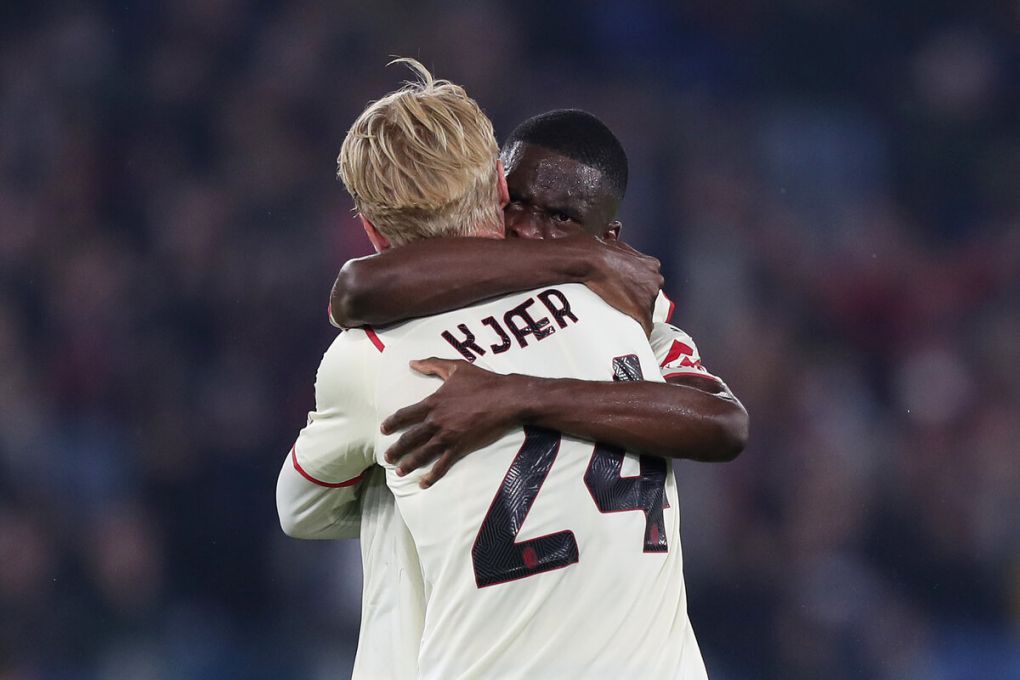 Tomori (7.5): He was very good this evening in the heart of the defence, completely neutralising his friend Tammy Abraham. The latter didn’t get any space to work with and Tomori was also extremely comfortable on the ball.

Hernandez (5.5): He wasn’t as involved in Milan’s attacking play this evening and the red card obviously didn’t make things better. Both of his yellow cards were stonewall and the second one was incredibly poor defending, just throwing himself into the challenge. He will miss the derby as a result.

Bennacer (7): He’s really hit his old form again as he bosses the midfield with ease, along with whoever plays next to him. His passing was mostly spot on and his ability to move seamlessly with the ball is extremely impressive.

Kessie (7): He scored what turned out to be a decisive second goal and he was also very good at the centre of the pitch. Played the entire game and worked 100% until the last whistle. Very good from him.

Saelemaekers (6.5): As mentioned earlier, he linked up well with Calabria and this was one of the keys for Milan in the first half. They were able to hold onto the ball and although Alexis wasn’t spectacular individually, his presence was crucial for the team performance.

Krunic (6.5): He really impressed in the first half with several smart flicks and quick play that opened up space for Milan. That continued in the second half and he should’ve really had a free-kick before Theo’s red card.

Leao (7): It has been said before, but the numbers this man has doesn’t at all reflect just how important he is for the team. He was very good this evening as well and won several free-kicks for the Rossoneri, working overtime due to Rebic’s injury. 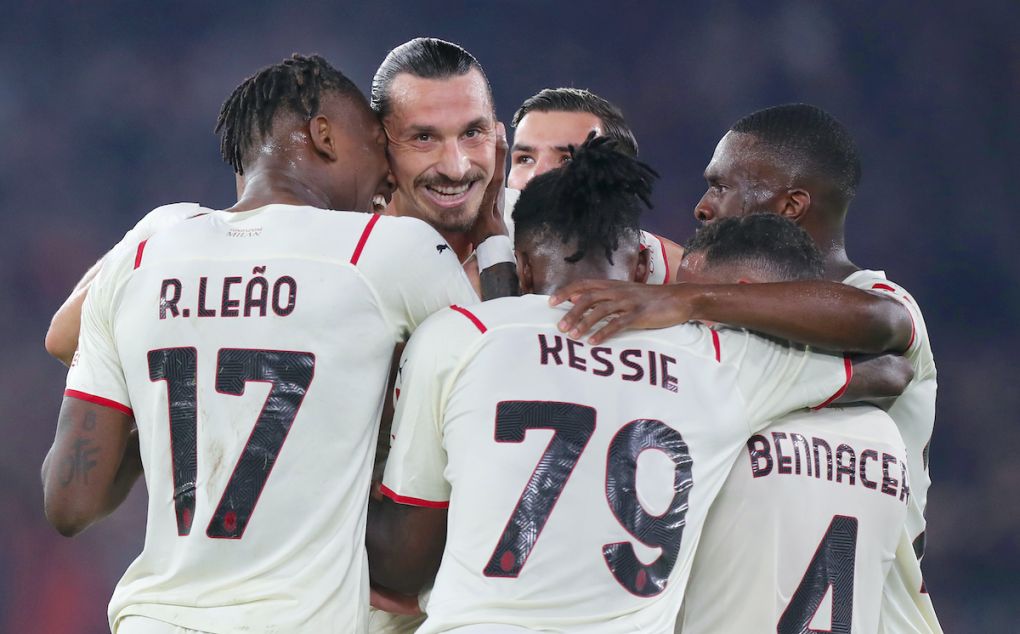 Ibrahimovic (8 – MOTM): Compared to the game against Bologna, he was a different beast this evening. His involvement in open play was crucial for Milan and he very nearly got a brace this evening (two narrow offside calls). He’s simply stunning at his age.

Giroud (6): Granted he didn’t have the best circumstances to work with, he didn’t win many duels at the end of the game and that was a bit disappointing.

Ballo-Toure (6.5): Made several interceptions after he came on and his positioning was also very good. Hopefully, he can perform well in the derby next weekend.

Romagnoli (N/A): He came on after 76 minutes but we didn’t see enough of him to put a rating.

Tonali (N/A): He came on after 76 minutes but we didn’t see enough of him to put a rating.

Bakayoko (N/A): He came on after 76 minutes but we didn’t see enough of him to put a rating.