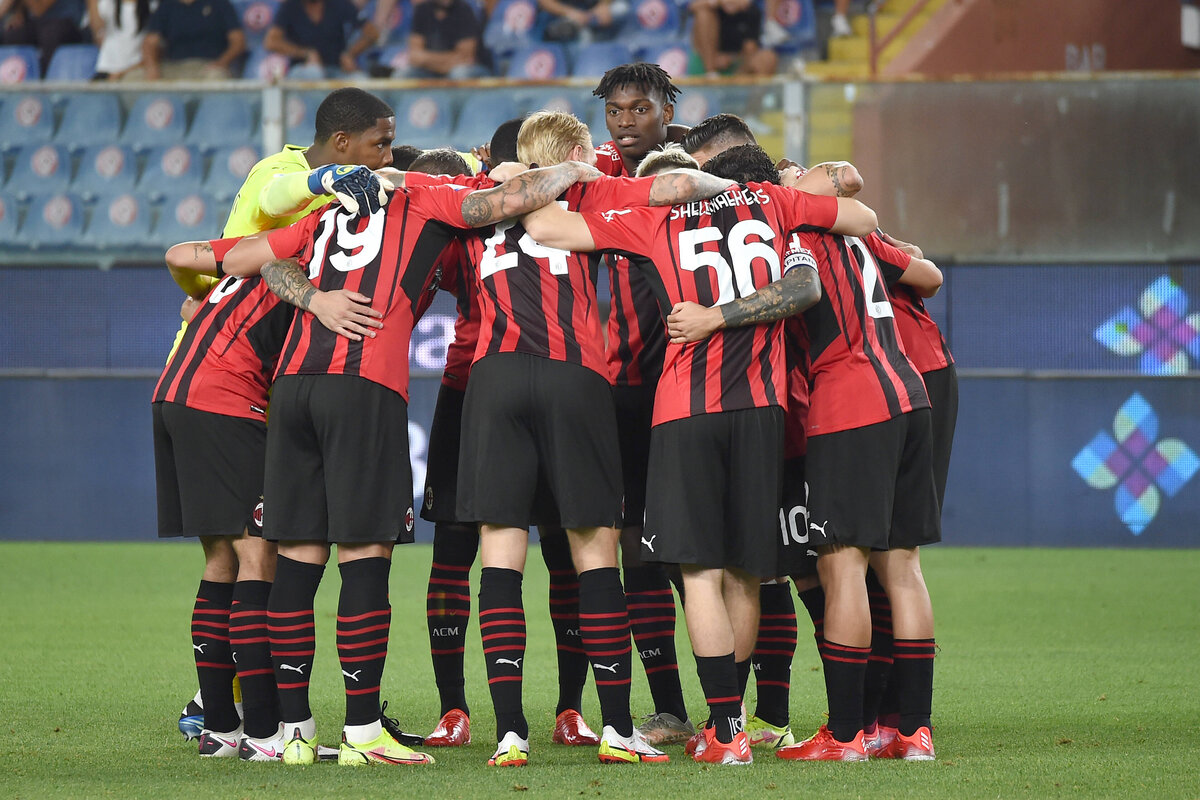 AC Milan started the season in the best way possible as they beat Sampdoria by one goal to nil in a hard-fought game. Brahim Diaz was the big hero with the winner, but several players stood out tonight.

Maignan (7.5 – MOTM): It was a very good debut for the Frenchman as he not only made several good stops, but also showed his quality on the ball. He had several successful long balls, most notably the one before the goal, and this helped unlock the game.

Calabria (7): Very solid display from the captain of the night, assisting the goal and working hard on the right flank. He lost the ball on one occasion that could have been costly, but indeed very solid otherwise.

Kjaer (6.5): The Dane was commanding at the back, as usual, and his performance was good. He perhaps wasn’t as involved in the build-up, due to the nature of the game, but he managed his defensive duties well.

Tomori (7): The former Chelsea man certainly wasn’t afraid to press high this evening and given his pace, he can do that without putting Milan in too much danger. Very good once again and he also had some good long balls.

Hernandez (6): Not the best performance from the Frenchman, but he was almost always involved when Milan went forward and that helped. He made a huge error that almost cost the Rossoneri a goal, fortunately it didn’t.

Tonali (7): Bar a few misplaced passes, the midfielder was flawless this even as he not only used his physicality to win the ball many times, but also dared to stride forward with it. On top of that, he was important in the build-up.

Krunic (7): He certainly performed better than we expected in the deep-lying role and just like with Tonali, his physicality helped. He made several interceptions and blocks much to the satisfaction of the fans, and he was very positive overall.

Saelemaekers (6.5): The intentions are there and the Belgian also works tirelessly on the pitch, there’s no doubt about that. However, he sometimes faded out from the game and wasn’t involved as much as we would like to see.

Brahim Diaz (7): At times, he looks absolutely fantastic as he glides past the defenders. Other times, he fails to make the right decision and that is one thing he can work on. He did, however, get the crucial winner with a half-decent strike (let’s be honest) but he was at the right place.

Leao (7): Yes, you could argue that he should have been more ruthless in front of goal, but today’s performance was positive. He would’ve had a goal if it wasn’t for a stunning save from Audero and he was a constant threat to the defence. His pace and creativity really helped open up Sampdoria.

Giroud (6.5): It might seem like a harsh rating, but let’s keep in mind that 6.5 is actually good. The Frenchman didn’t have a whole lot to work with throughout the game but he did well when called upon. Came close several times to getting on the end of crosses sent into the box.

Bennacer (7): The first sequence he was involved in showed why he’s such an important player for Milan. While Tonali stayed back, he glued the ball to his feet and made his way forward, which is exactly what we want from him. Good display.

Rebic (6.5): There were good intentions but ultimately his impact wasn’t massive. Good energy in defence though and that is always appreciated.

Florenzi (N/A): Got to make his debut but he didn’t play enough to get his first Rossoneri rating.