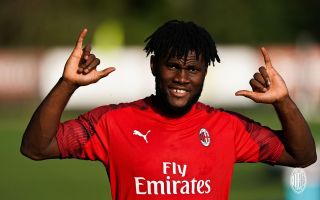 Chelsea are interested in the possibility of signing Franck Kessie from AC Milan amid uncertainty over his contract, according to a report.

The renewal of Kessie is dominating the headlines particularly after Gianluigi Donnarumma and Hakan Calhanoglu left on free transfers, piling the pressure on the management to not get this one wrong. The Ivorian’s deal expires in 2022, meaning he is seen as a market opportunity for many teams.

Despite this, the player’s agent reassured everyone earlier today while talking to La Gazzetta dello Sport, stating: “Only a coup d’etat can take the President away from Milan.”

PianetaMilan write though that Kessie is in the orbit of Chelsea. The London club have identified the Ivorian as the ideal replacement for N’Golo Kante should the midfielder be sold, as the Frenchman has a contract expiring in 2023 and therefore it is not excluded that Chelsea may sell him next summer.

Kessie’s priority is to stay at Milan however, so the Chelsea hypothesis, for the time being, is in the background.