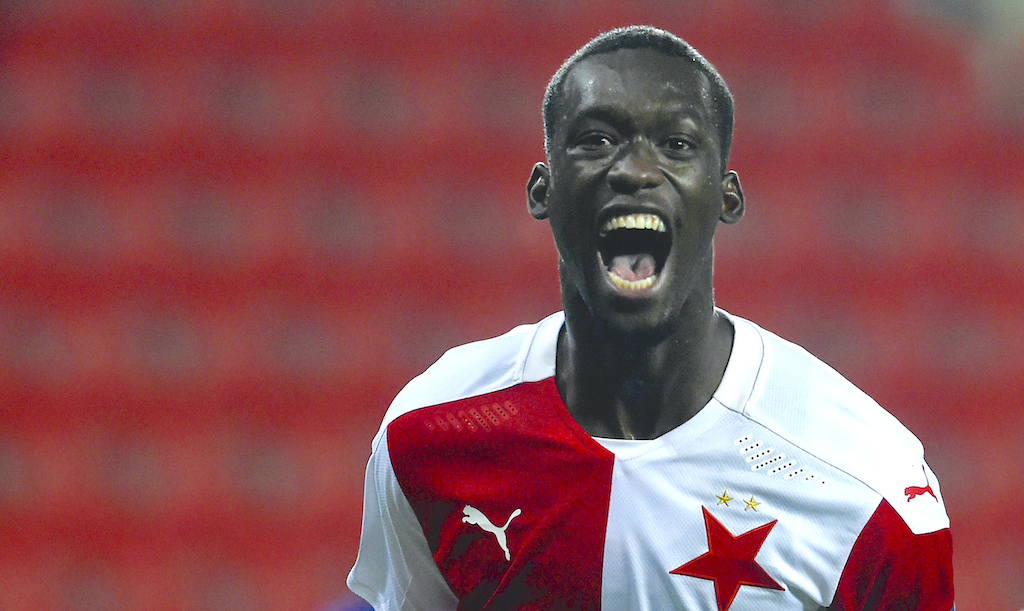 PM: Milan, Juventus and Arsenal all interested in Senegalese striker valued at €50m

AC Milan, Juventus and Arsenal are all in the running to land Slavia Praha striker Abdallah Sima, according to a report.

According to PianetaMilan, the intent of Milan is to sign a deputy to Zlatan Ibrahimovic in the January transfer window with the management exploring several solutions that would make an immediate impact.

Paolo Maldini and Frederic Massara however must also look to the future and to Ibrahimovic’s potential heir, given that he is 39 and his body is beginning to show signs of perhaps not being invincible.

Abdallah Sima is one of the options. The Senegalese target man Slavia Prague has scored 13 goals in 18 games between the league and the Europa League for Slavia Praha, getting himself noticed by scouts from various clubs.

He is able to adapt as a winger on both flanks and is described in the report as a “flexible, modern centre-forward” who has not gone under the radar of the Rossoneri’s scouting department.

The President of Slavia Prague, Jaroslav Tvrdík, would like €50m to let him go in January. Milan and Juventus are interested but for next summer, assuming that his price does not exceed €20-25m.

Attention must also be paid to Arsenal though as Mikel Arteta is in desperate need of goalscoring options.