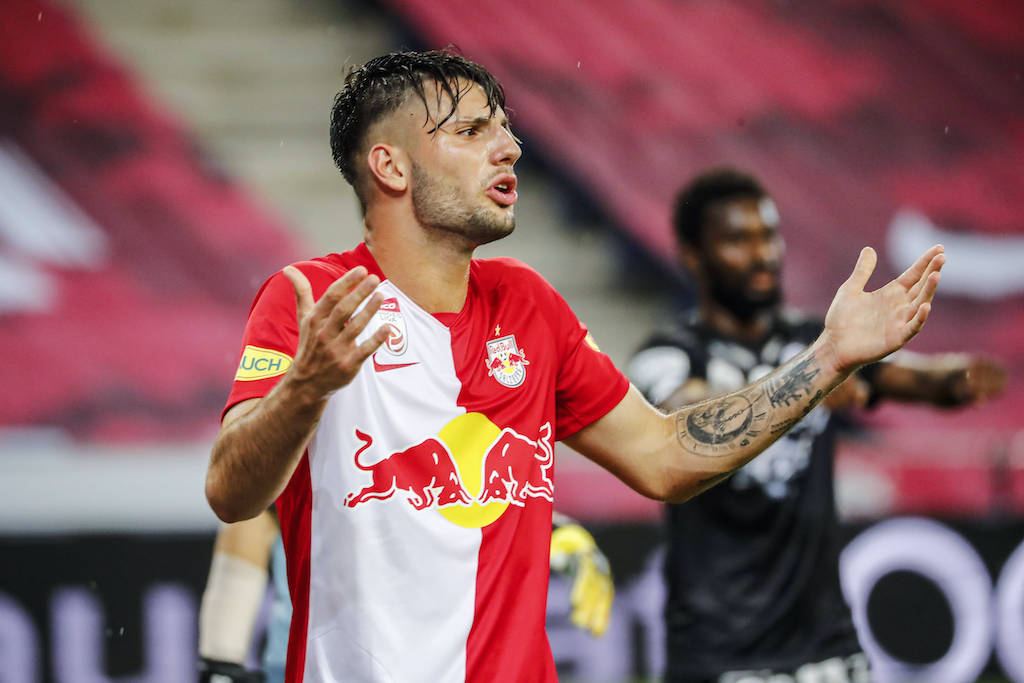 PM: Milan must move quickly and decisively to sign trequartista as Arsenal and Liverpool hover

AC Milan will have to move quickly to secure the signing of Red Bull Salzburg playmaker Dominik Szoboszlai as the competition is reportedly growing fast.

According to PianetaMilan, the player can leave in the January transfer window – as his agent’s comments earlier today confirmed – providing a team comes forward and pays his €25m release clause which is built into his contract with the Austrian club.

They add that Milan are thinking about a move for Szoboszlai as a possible replacement for Hakan Çalhanoglu, who has not yet found an agreement with the Rossoneri for the renewal of his contract which is set to expire in June 2021.

Milan have apparently already been close to signing the 20-year-old twice, but the feeling is they can really now get their hands on Szoboszlai if they move quickly and decisively on the Hungarian talent.

His exploits though have not gone unnoticed, and PianetaMilan writes that Lazio, Napoli, Arsenal, Liverpool and RB Leipzig are also admirers of the player.