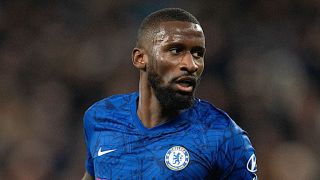 AC Milan could launch a fresh move for Chelsea defender Antonio Rudiger in January as the signing of two centre-backs cannot be excluded.

That is according to PianetaMilan, who report that Paolo Maldini and Ricky Massara are determined to sign a young central defender with high potential, and there are four targets mentioned who fit that bill.

However, the report adds that it is also possible that – under the right economic conditions – Milan could even sign two defenders, especially if Leo Duarte were to leave on loan and also in the knowledge that as things stand Mateo Musacchio will leave on a free transfer.

Milan could therefore invest their budget of €20-25m that they have set aside to get someone a little more experienced in top competitions like the Champions League, and this is where Rüdiger’s name re-emerges.

Rüdiger, so far, has only played 202 minutes in the season between league and cups and does not seem to be part of Frank Lampard’s plans. Milan tried to sign him during the summer on loan with option to buy, and a new bid could very well be sent.