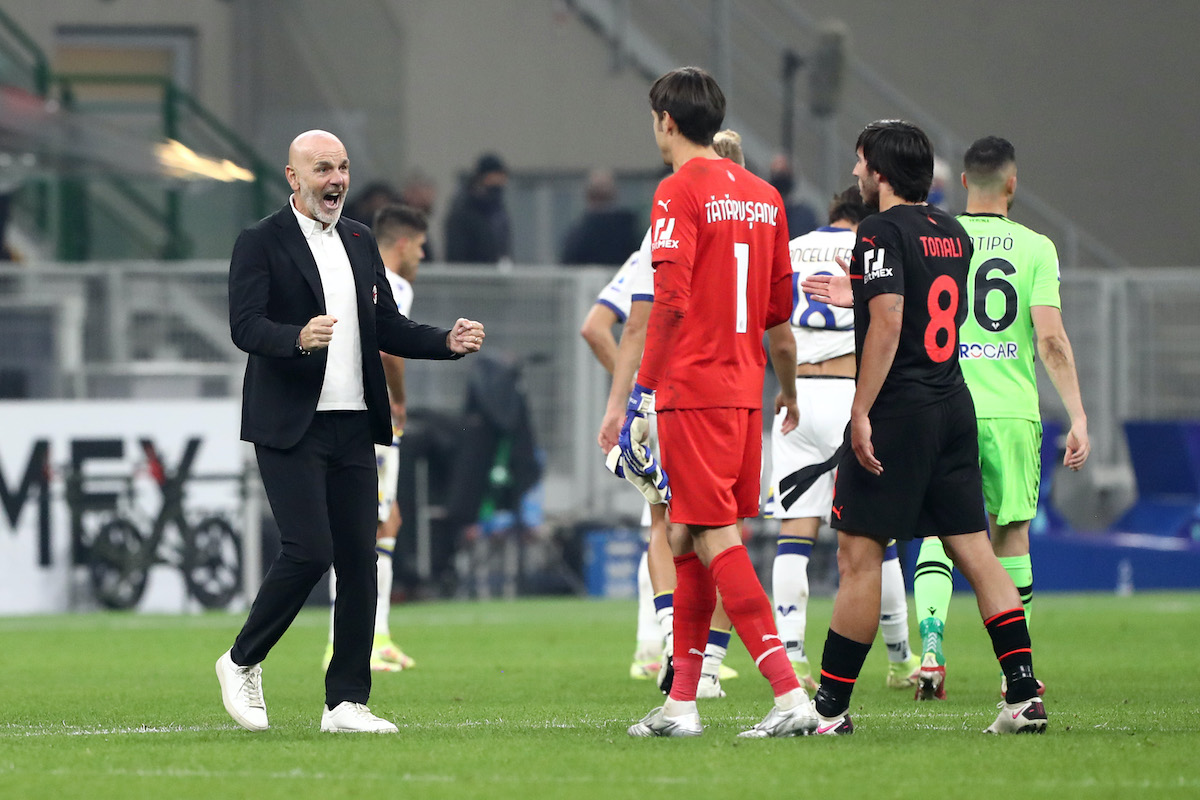 PM: Several of Milan’s key qualities on display during fightback against Verona

Several of AC Milan’s key qualities were on display during last night’s comeback win over Hellas Verona at San Siro, a report has remarked.

PianetaMilan reflects on the game and writes how the first quality on display was maturity. The team did not come out with the desired performance but at half-time they knew they could change the outcome of the match and they showed the determination and application to turn the game on its head.

Flexibility is another key attribute that this squad has, but also the head coach Stefano Pioli. The line-up he sent out there were not doing the job and Pioli has once again shown that he is a master of tactics and that he knows how to manage matches with the right substitutions.

An ability to perform under pressure was seen. A crowd of around 40,000 were on hand and they were frustrated and shocked by the opening 45 minutes, but Pioli remarked how he and the players see the fans as an extra man and they turned their mood around.

The depth of the squad was on display too, as surely nobody expected Samu Castillejo to be the man who came on and made such a big impact in just his second appearance of the season. Finally, there is focus, as Pioli was not drawn on the idea of a Scudetto battle but simply wants to look ahead to Porto on Tuesday night.