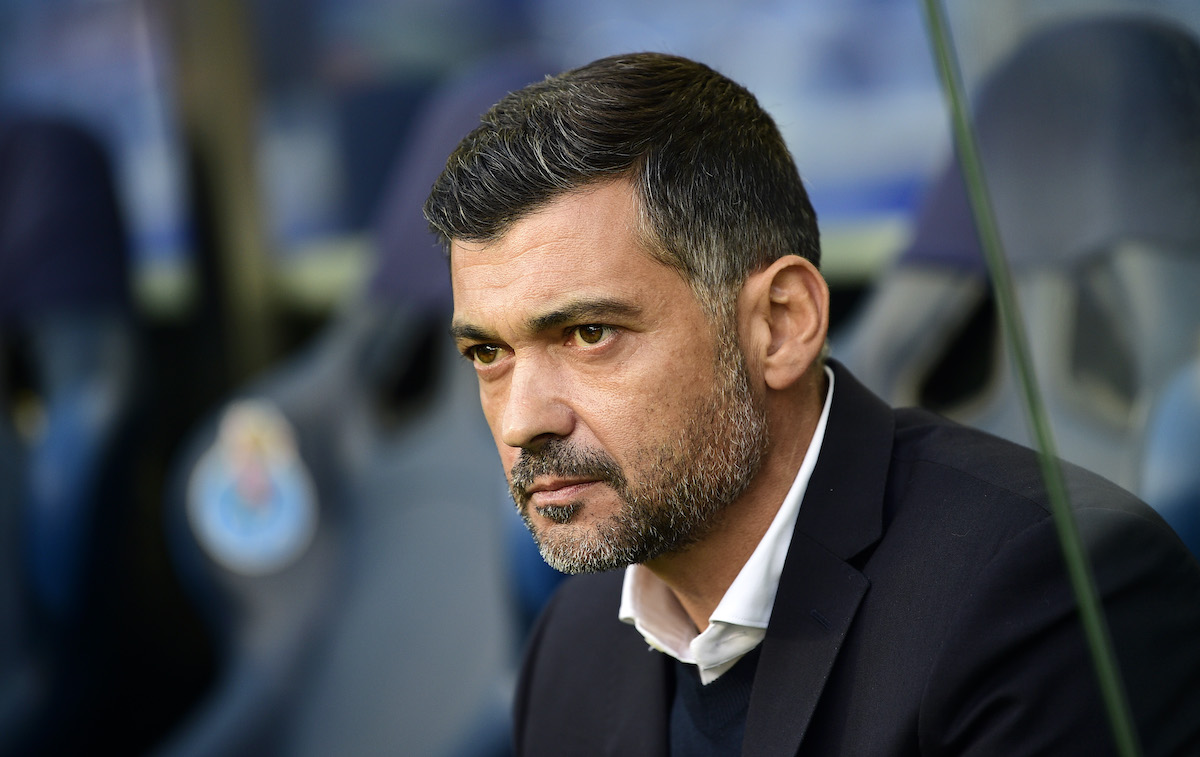 Porto boss Conceicao praises for ‘very strong’ Milan who ‘could have won’ vs. Liverpool and Atletico

Porto boss Sergio Conceicao had some very complimentary words for opponents AC Milan ahead of tomorrow night’s crucial meeting in the Champions League.

Milan need wins on the board very quickly if they are to qualify for the knockout stages of the competition as they lost their first two group games against Liverpool and Atletico Madrid, setting up a crucial next two games against Porto.

The team continue to play well in the league though and sit second with seven wins out of eight to begin the new campaign, while Porto are also second with six wins from eight in the Primiera Division, but have amassed a point in the groups after a 0-0 draw with Porto.

Conceicao spoke to the media during his pre-match press conference ahead of tomorrow’s Champions League game against Porto, and Calciomercato.com relayed of his comments which we have translated before.

“We hope to have a good match, and a good result. It is a very important evening, decisive for the passage of the round in the group stage. We face an opponent. which is one of the most successful clubs in the world, we aim to win,” he said.

“I think the whole team gets excited as the level of play increases. It is an opportunity to field what we have prepared in the week of work. The thing that matters is identity: you can win or no, but identity counts.”

On the 5-1 defeat to Liverpool, he added: “You learn from every game. In the game you can do good and less good things, at this level we obviously face opponents who do not forgive you for the slightest mistake.”

On Milan: “Very strong, they have not lost in the league and he has already played against strong teams such as Juventus, Atalanta, Lazio. They are a very strong team, they could have won against both Liverpool and Atletico Madrid. I don’t think absences could possibly upset their dynamics of play, they have young players of the highest quality. But I’ll go say it again: our identity counts, regardless of the opponent we find in front of us.”

Two veterans of the game will potentially do battle as Zlatan Ibrahimovic and Pepe will lock horns.

“Zlatan? I don’t know if he will play or not, what I know is that we are facing a team that is not made up of just one player. Obviously we know the characteristics of Zlatan, he is powerful, he has physical and technical qualities outside of the media. I still believe he is one of the best players in the world.”