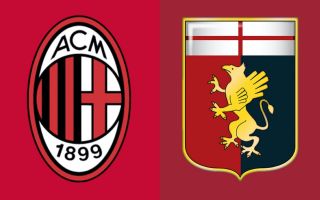 A first in 40 years and free-kick kings: All the key stats ahead of Milan vs. Genoa

AC Milan will be looking to book their place in the quarter-finals of the Coppa Italia when they host Genoa at San Siro tonight.

The feeling is that Milan are primed for a potential run deep into the competition and could lift the cup for the first time since 2003, even if head coach Stefano Pioli stressed the importance of taking things game by game. You can read our match preview here, while below are the best stats ahead of the game via the club’s official website.

➤ There have been 5 previous meetings in the Coppa Italia between Milan and Genoa, all played between 1937 and 1985: 2 Rossoneri wins, 2 draws and 1 win for Genoa. In each of the previous meetings, the teams scored a total of 9 goals to 8.

➤ Milan’s last home match in the Coppa Italia against Genoa dates back to 5 September 1982: the fifth round of the group stages, the Rossoneri won 3-2 with a brace from Joe Jordan and a goal from Aldo Serena. The most recent meeting between the two teams in the competition took place in August 1985: a 2-2 draw, with Mileti’s own goal and Virdis’ goal for AC Milan.

➤ Pioli’s Rossoneri are the team who have scored the most goals from direct free-kicks (4) in Europe’s top five leagues. Moreover, Genoa and Milan are the two teams who have won the most duels in the current Serie A: 219 for the Ligurians and 216 for the Rossoneri.

➤ Three current Rossoneri players scored their first Serie A goal against Genoa: Pierre Kalulu, Rade Krunić and Sandro Tonali. For the French defender, it was also his only goal so far in the Italian league.

➤ Theo Hernández has been involved in nine goals this season across all competitions, more than any other Serie A defender (4 goals, 5 assists).

➤ Genoa coach Andriy Shevchenko is the second-highest goalscorer in Milan’s history in all competitions (175 goals, behind Gunnar Nordahl at 221).

READ MORE: Cup specialist Giroud to get the nod against Genoa – his numbers offer encouragement