Press resistance and operating between the lines: Why Brahim Diaz is now crucial to Milan

Some Milan fans might have been a bit worried when Brahim Diaz was effectively promoted this summer to being the guaranteed starting attacking midfielder, but he has repaid the faith of the management.

The hierarchy placed tremendous faith in the youngster and handed him the coveted No.10 jersey worn by legends like Seedorf and Rui Costa.

Brahim Diaz has had a red hot start to the season with four goals and two assists making Milan forget their pre-season worries on not having anyone to fill the void left by Calhanoglu’s exit.

Whether the opposition plays a high press or parks the bus, one thing that a No.10 needs in modern football is to be press resistant especially when playing in the opposition half.

With a low centre of gravity, quick feet and ability to beat players Diaz is ability to get the better of his markers and find space which helped Milan progress the ball quicker than when they had Calhanoglu.

With good close control and a proper first touch, Diaz would beat his man and then dribble into space and then draw defenders out of their positions creating space for other attackers.

Hakan in particular struggled when he was doubled down and slowed down play.

Space between the lines

Something that players like Brahim Diaz and Papu Gomez do is to float between the defensive lines finding small pockets of space from where they can wreak havoc.

When playing against teams that pretty deep or teams that press high up like Atalanta or Liverpool, the main idea is to restrict space and reduce the area on the pitch. 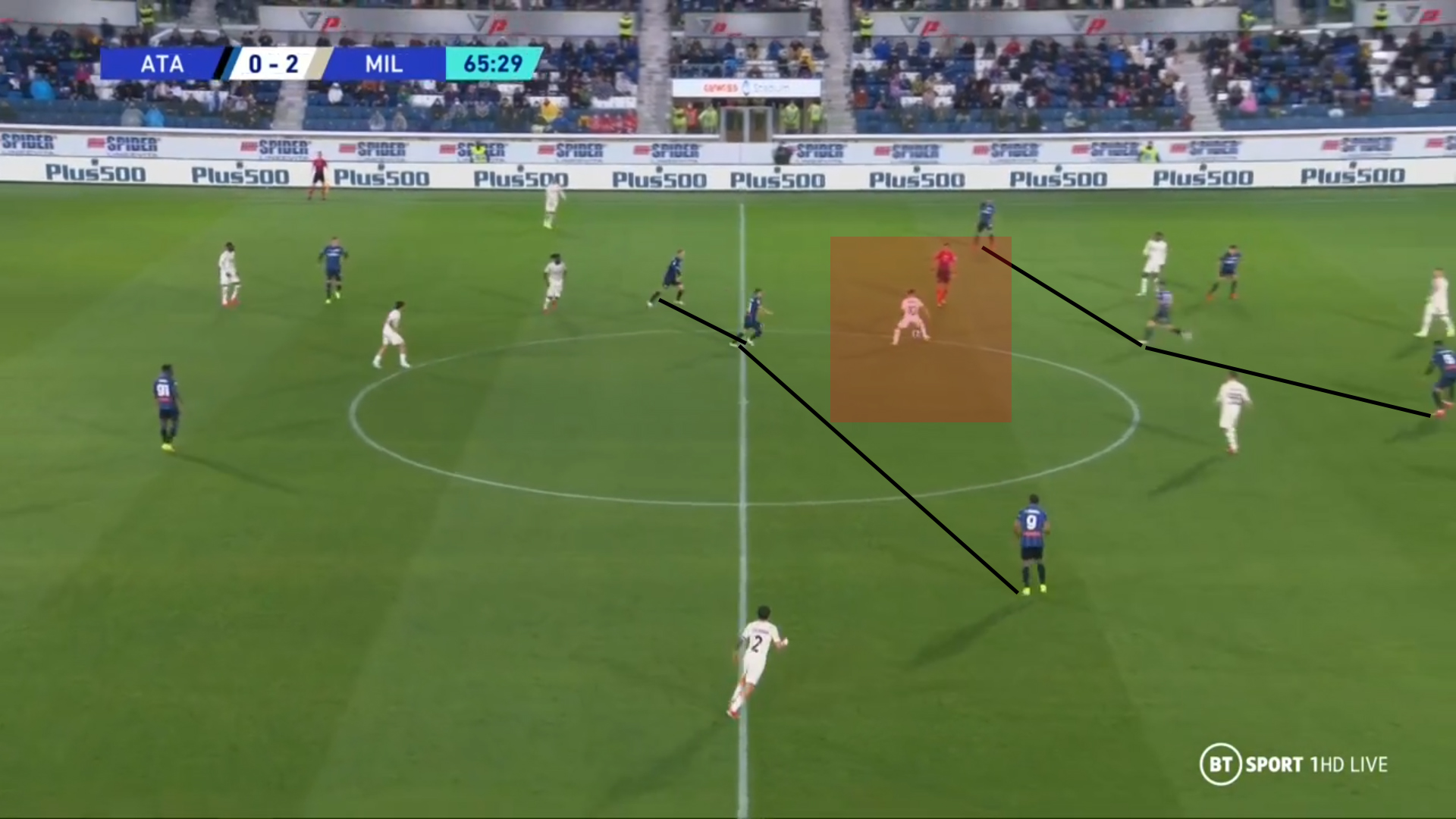 Therefore players like Diaz are instrumental for Milan to have someone that has a creative spark. Of course the 22-year-old is far from the complete package but he definitely is an upgrade over what we saw from him last season.