Opta: Pressing, ball progression and a revitalised squad – the foundations of Milan’s identity

AC Milan’s resurgence has continued into the 2021-22 season as the club are fighting for silverware on two fronts under head coach Stefano Pioli.

Opta’s website The Analyst have done a fantastic deep-dive into how Milan’s rebirth has come about through a clear tactical identity via the 4-2-3-1 formation under Pioli, and they begin by looking into the players that get involved in attacking sequences the most.

As can be seen it is the left flank that is dominant for Milan, with 188 combined involvements for Theo Hernandez and Rafael Leao, while Alexis Saelemaekers is tied with the full-back on 89. 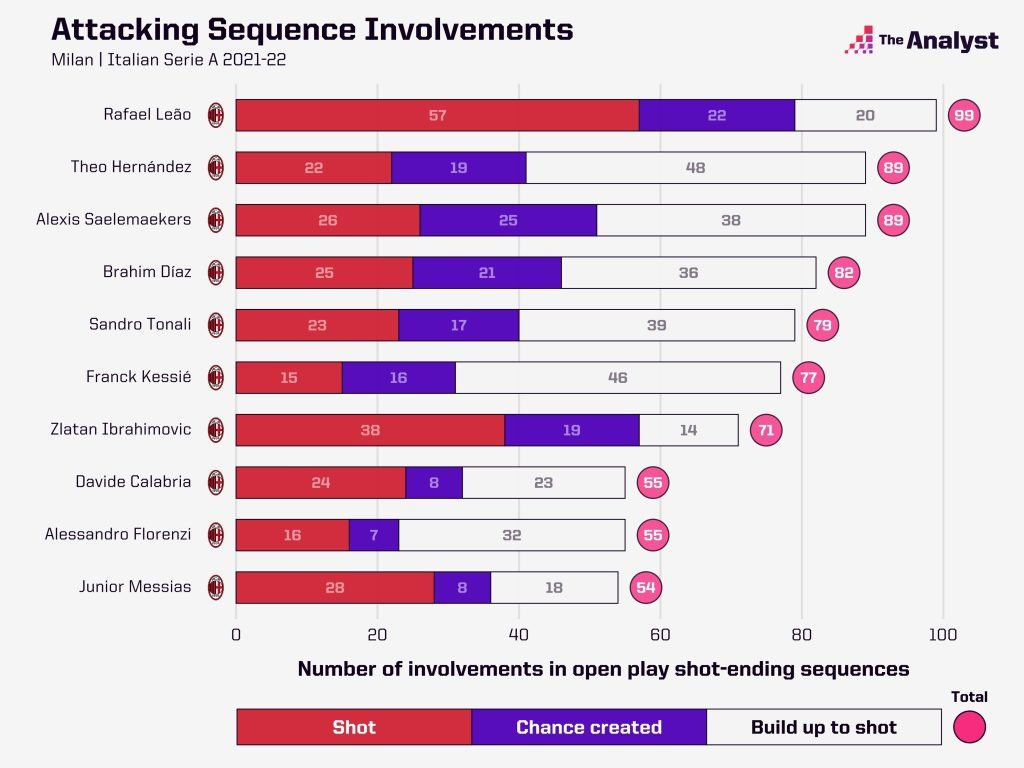 Theo has progressed the ball further than any player in Serie A this season via his ball carries (163m per 90) and also has the second-most (12) progressive ball carries per 90 in the division, behind only Fiorentina’s Lucas Martinez (13.3). Rafael Leao meanwhile averages 146.7m per 90 in ball carries. 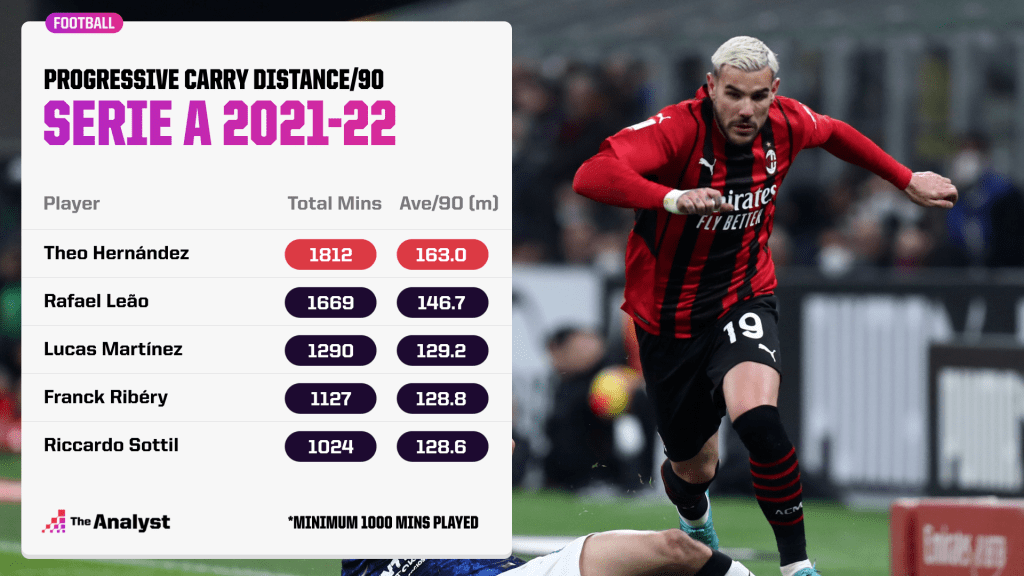 Speaking of Leao, the report remarks how he ‘has displayed frightening qualities on and off the ball’ having attempted (104) and completed (63) the most take-ons of any Serie A player this season. 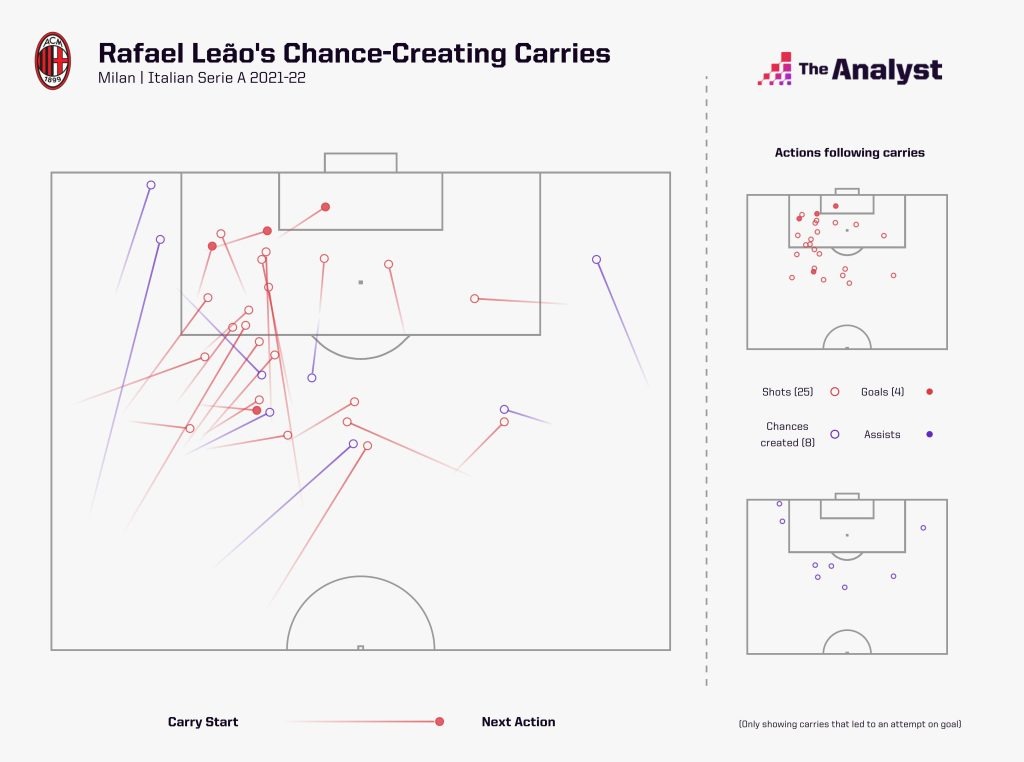 Meanwhile, they add that Gianluigi Donnarumma has been replaced by Mike Maignan and it may be an upgrade. No goalkeeper had more clean sheets in the top five leagues last season (21) than Maignan, and in 2021-22 so far he has 8 clean sheets in Serie A and has the third highest (77%) save percentage in the division.

Another key part of Milan’s play is their attempt to win the ball high up the field through their press, to then quickly try and create a scoring opportunity. Milan have the most shots after high turnovers in Serie A this season as Milan (51), whilst only Verona (255) have provoked more high turnovers in 2021-22 than the Rossoneri (250).

Alexis Saelemaekers is key to this as he wins possession in the opposition third an average of 1.2 times per 90, which is the fourth most of any player in Serie A. 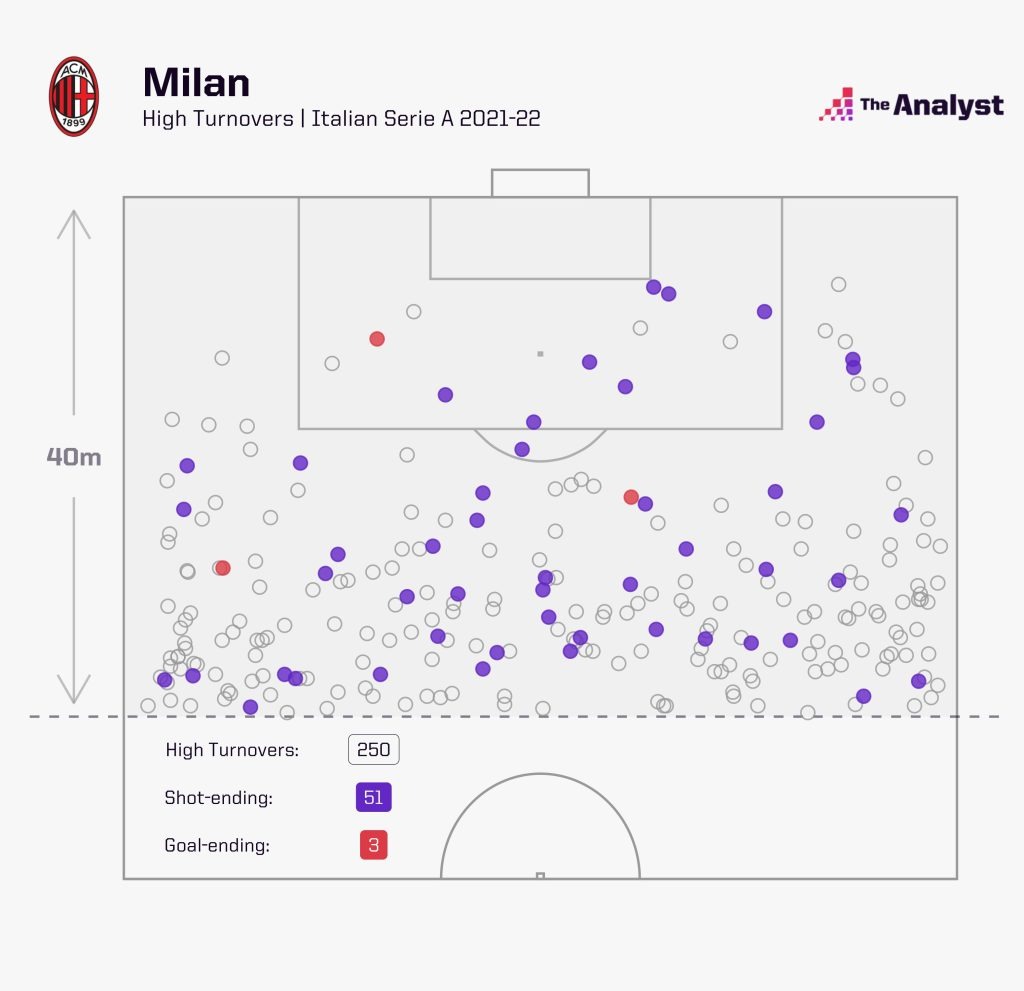 Fikayo Tomori is a key part of the team too now, and Milan have only lost four of the 35 matches that he has started in Serie A, collecting an average of 2.26 points per game and have a win ratio of 69%. When he is not in the side, that drops to 1.90 and 57% respectively.

Moving to Italy after finding gametime limited in London has without a doubt helped Tomori force himself firmly into Gareth Southgate’s plans ahead of the upcoming England squad announcement for the March friendlies.

Finally, an assessment on age. Only three teams in Serie A have a younger average starting XI than Milan (26 years and 29 days). For comparison, Napoli (28y 157d) and Inter (29y 61d) are older sides. 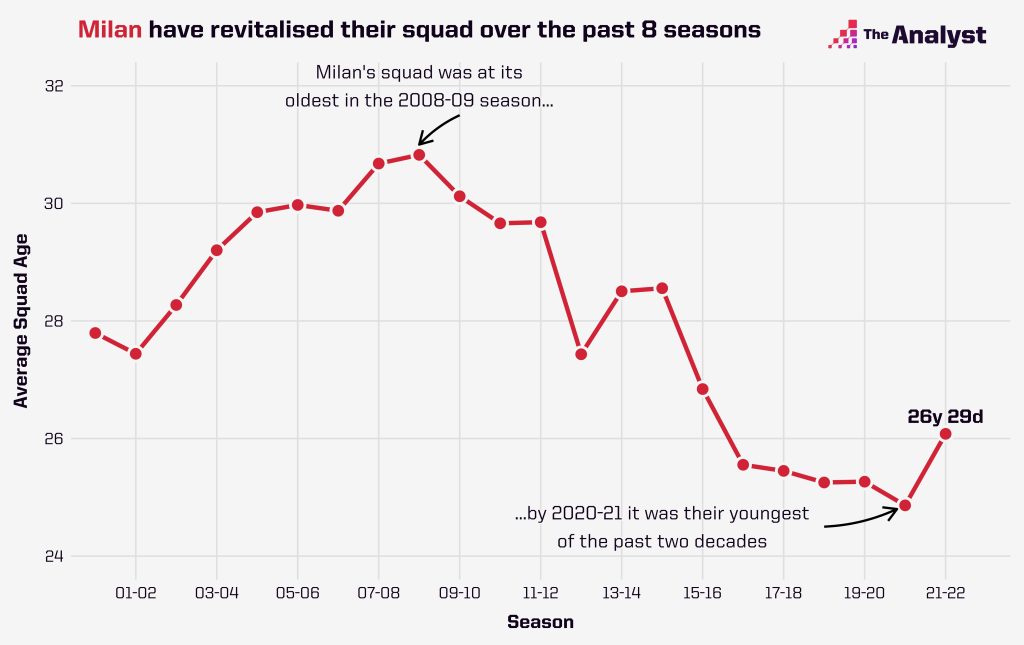 From choppy waters to bold comparisons: The rise and rise of Rafael Leao
SempreMilan’s Player of the Month for April: Resilience in the rearguard persists
Can AC Milan gel the old with the new to create another dynasty?
Tags AC Milan
Related Articles
GdS: Inter star attracting interest from Man City – Milan man a potential replacement
18 May 2022, 15:16
Report: Ten Hag asks Man Utd chiefs to hijack Milan’s move for Lille star
18 May 2022, 14:51
MN: Milan preparing for crucial Sassuolo game – the programme for the week
18 May 2022, 14:44
Serie A Standings