The worries regarding AC Milan’s financial state have been heightened as the latest figures regarding revenues have been released.

Elliott Management Corporation took over the club from Chinese owner Yonghong Li back in 2018 and inherited huge losses and an ever decreasing stream of income.

CEO Ivan Gazidis was brought in to try and streamline the Rossoneri’s costs and to increase the flow of money coming into the club through new sponsorship deals. A growth in turnover is fundamental, although not easy when sporting results are lacking.

Calcioefinanza.it (via MilanLive) have documented how the revenues of the major Italian clubs have evolved from 2011 to 2019. They have all recorded increases, some significant, except Milan.

Ten years ago Milan were at the top of the pile in Italy in terms of turnover, but failed to progress. Non-participation in the Champions League weighs heavy. 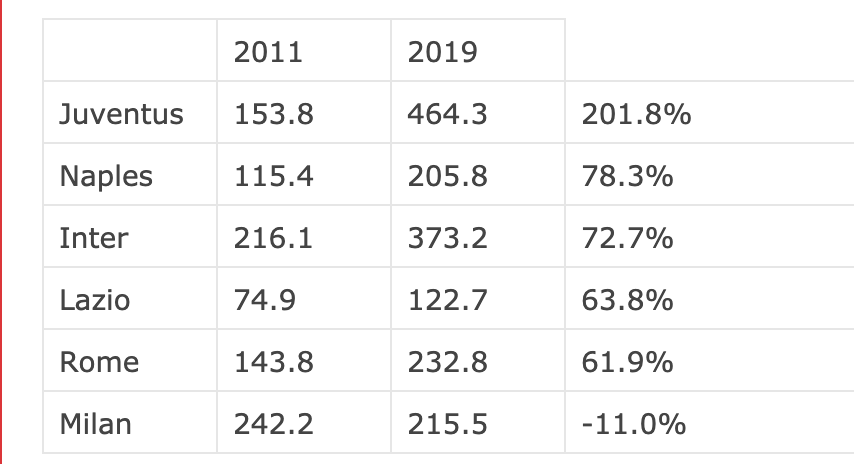