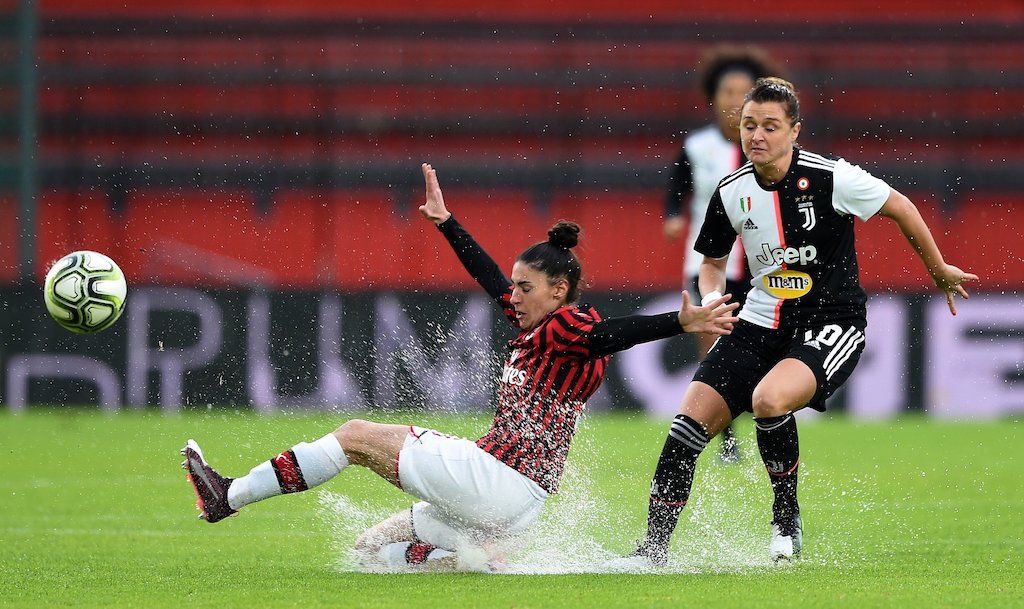 Preview: AC Milan Women vs. Juventus – Keys to the game, predicted XIs and how to watch

Tonight, the AC Milan Women will play their first big match of the season as they take on Juventus at the San Siro.

They’ll face the Bianconere in a crucial match to claim the right to the top of the table. Here’s a brief overview of what you need to know before the match…

Both Milan and Juventus remain undefeated in the season so far.

The two teams also have a chance to top the table after Fiorentina fell to Sassuolo 3-1. Milan, however, are ahead of the Bianconere on the table on goal difference, as they’ve scored nine goals in the campaign so far.

Fiorentina also suffered a major blow in the past two days, as their star forward, Tatiana Bonetti, is said to be leaving Firenze to sign for Atlético Madrid.

Therefore, if the Rossonere win tonight, then they’ll officially be the league’s capolista. Winning all three points tonight will not only be instrumental to them securing a spot in next season’s Champions League but it also means that they could contest for the scudetto as well.

The Rossonere have shown flexibility with the formations they’ve fielded this season. They have alternated between lining-up in a 4-3-1-2 or a 4-1-3-2, and using a 4-4-2 formation as well. 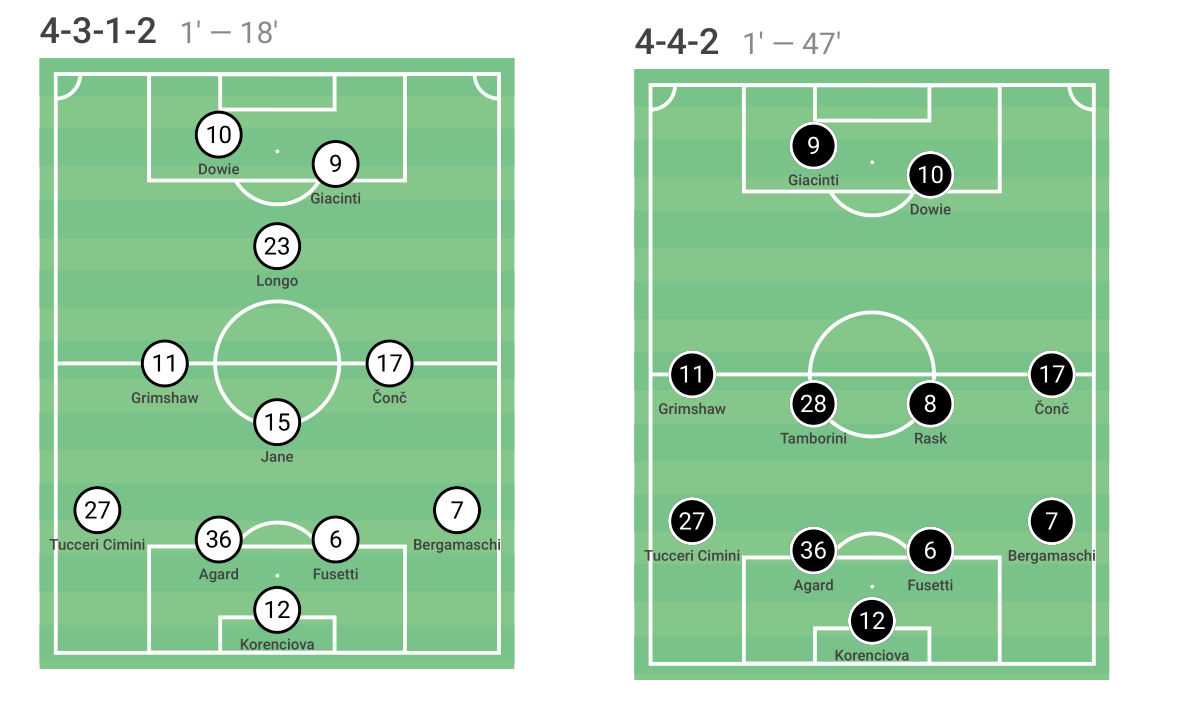 Milan usually switches to the 4-4-2 in the second half of matches. The formation allows the team to defend and attack in numbers with as the structure dictates that the defenders stay back and the attackers remain forward — with the midfielders and wingers supporting both sets of players.

This will allow Milan to maintain their lead in games and to see the matches through to the end. We saw this in the match against San Marino, where the Rossonere scored three goals in the first half of the match while using a 4-1-3-2. They then switched to a 4-4-2 in the second half to see the match through, where they scored two more goals and kept a clean sheet as well.

Juventus, on the other hand, alternates between a 4-1-4-1 and a 4-3-3 formation. The Bianconere will most likely line-up in a 4-1-4-1, as that formation will give them both tactical flexibility and fluidity in attack. This will allow the Bianconere to unleash the full force of their offense, which is spearheaded by Barbara Bonansea and last season’s capocannoniere, Cristiana Girelli.

The formation will also allow Juve to be defensively solid, as they boast a strong back four that is shielded by the midfielders in front of them. The Bianconere have a strong backline that is comprised of Sara Gama and Linda Sembrant, who are two of the best centre-backs in the world. Lisa Boattin and
Tuija Hyyrynen are both strong fullbacks who complete their defensive formation.

Both players are experienced at the highest levels of play and Boattin in particular has been noted for putting on defensive masterclasses, most notably against FC Barcelona in their Women’s Champions League encounter last season.

Juve will also have Laura Giuliani in-between the sticks for them. Giuliani is a formidable goalkeeper whose ability to organize her backline and parry shots are unparalleled. She’s one of the best goalkeepers in the entire world, and Milan will have to find a way to breakthrough this Cyanean Rock-like defense if they are to succeed.

However, it does bode well for Milan that Juventus haven’t been up to par this season, and have had a few of their glaring weaknesses exposed.

For the first three games of the season, the Bianconere have looked quite sluggish in their matches.

They’ve also conceded goals from open play, most notably against Empoli, as they took in two goals from the Tuscan side during the run of play, and the third one from a penalty kick.

This is quite rare for Juventus, as usually, they only concede goals from set-pieces. An example of this would be during the last time Milan and Juve met, as both of the Rossonere’s goals against them came from dead-ball situations.

The Rossonere have looked like the sharper side, while the Bianconere are still struggling to find their form. This might give Milan a slight advantage, as they are sharper in front of goal and have a better chance of converting their chances against Juventus.

Still, one shouldn’t downplay the threat that Juventus poses. They are, after all, the current scudetto holders. The Bianconere will be bolstered by the fact that two of their players will be returning from injury. Captain Sara Gama, along with fellow defender Cecilia Salvai, will be available for them tonight. Gama’s return means that Juve will not only have their best defender back but their team captain as well. Gama will be crucial for them as she tries to inspire Juve to win this all-important match.

Still, the Bianconere have shown that they are vulnerable. Milan will now have to find a way to exploit those weaknesses.

Keys to the game

If Milan are to win this game, then they will have to exploit Juve’s weaknesses. This means not only taking advantage of the fact that Juve are conceding goals from open play, but also exploiting their weaknesses in defending set-pieces as well.

Fortunately for the Rossonere, the team has dead-ball specialists like Linda Tucceri Cimini who are able to cross the ball with laser-like precision.

Milan’s forward line will also have to be clinical and precise to overcome the challenge presented by Juve. Forward Natasha Dowie has been in fine form, as she’s scored three goals in the campaign thus far. Her efforts have also earned her the title of the AIC’s player of the month, and she’ll need to be in fine form in order to overcome Juve’s backline.

The Rossonere also have their own strong backline comprised of vice-captain Laura Fusetti, along with stalwart centre-back Laura Agard. The two of them have already formed a strong partnership with one another, and will work in tandem to prevent Juve from scoring any goals.

Milan will have to get everything just right in both defense and offense if they are to overcome Juventus tonight. Coach Maurizio Ganz is well aware of this and will no doubt, execute a game plan that will make this happen. 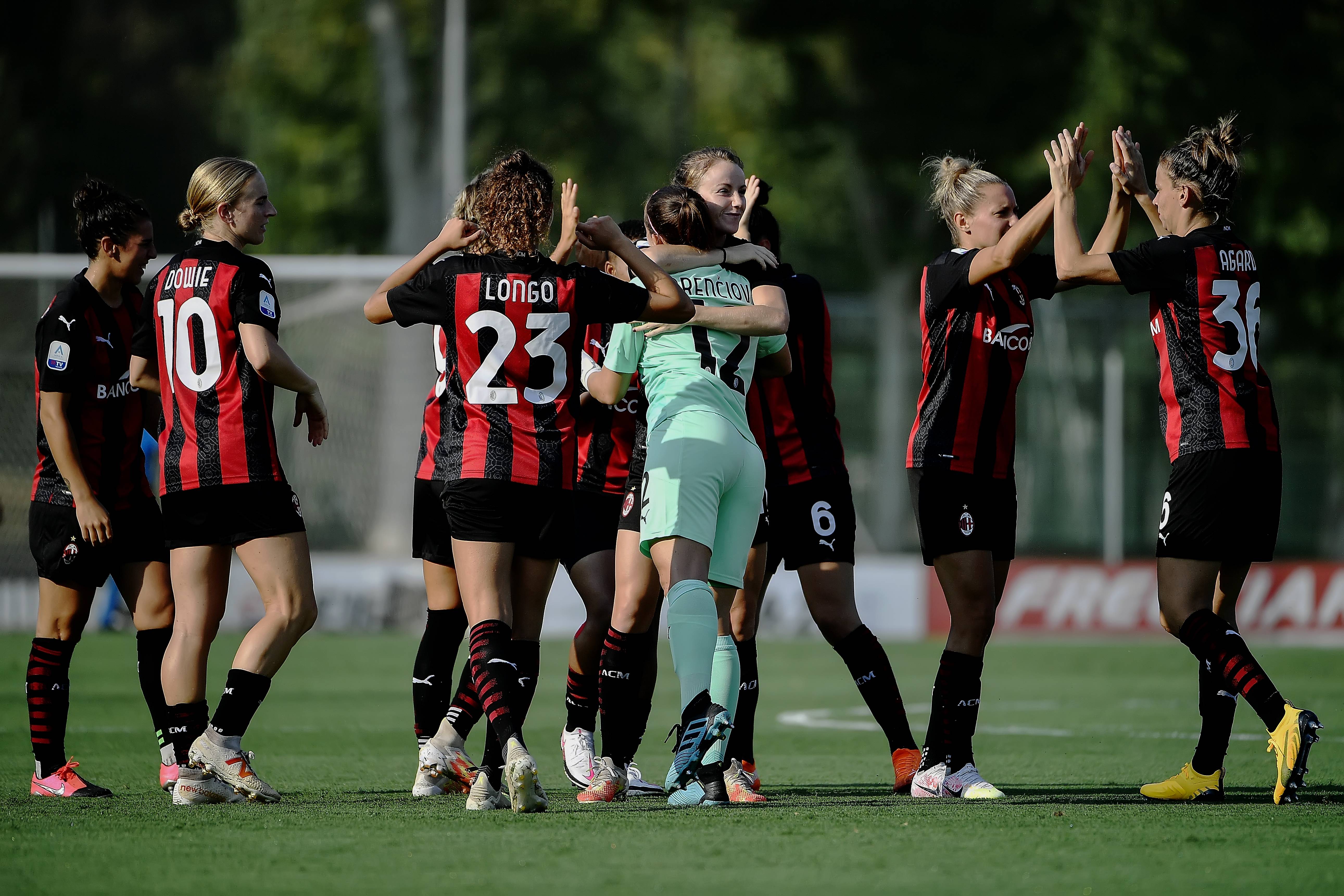 The importance of the game

The match between Milan and Juve will no longer just be about the Rossonere gaining vital points in their bid to qualify for next season’s Champions League. Now, it has become a clash to see who will top the table.

With Fiorentina weakened due to the departure of the previously mentioned Bonetti, now would be a good time for Milan to overtake them in the standings.

And while it’s too early to say that Milan will win the Scudetto, this match could be vital to them claiming silverware this season.

The eyes of the world will also be on this match, as this is the first time that two women’s teams will be playing a match at the San Siro.

Therefore, it is crucial that Milan put up a good performance that not only helps them win but that will make their fans proud as well.

The ladies seem to be up for the challenge and will no doubt, rise to the occasion.

How to watch the match

You’ll be able to watch the match on Sky Italia, TimVision (Italy only), Juventus TV and the official AC Milan app. 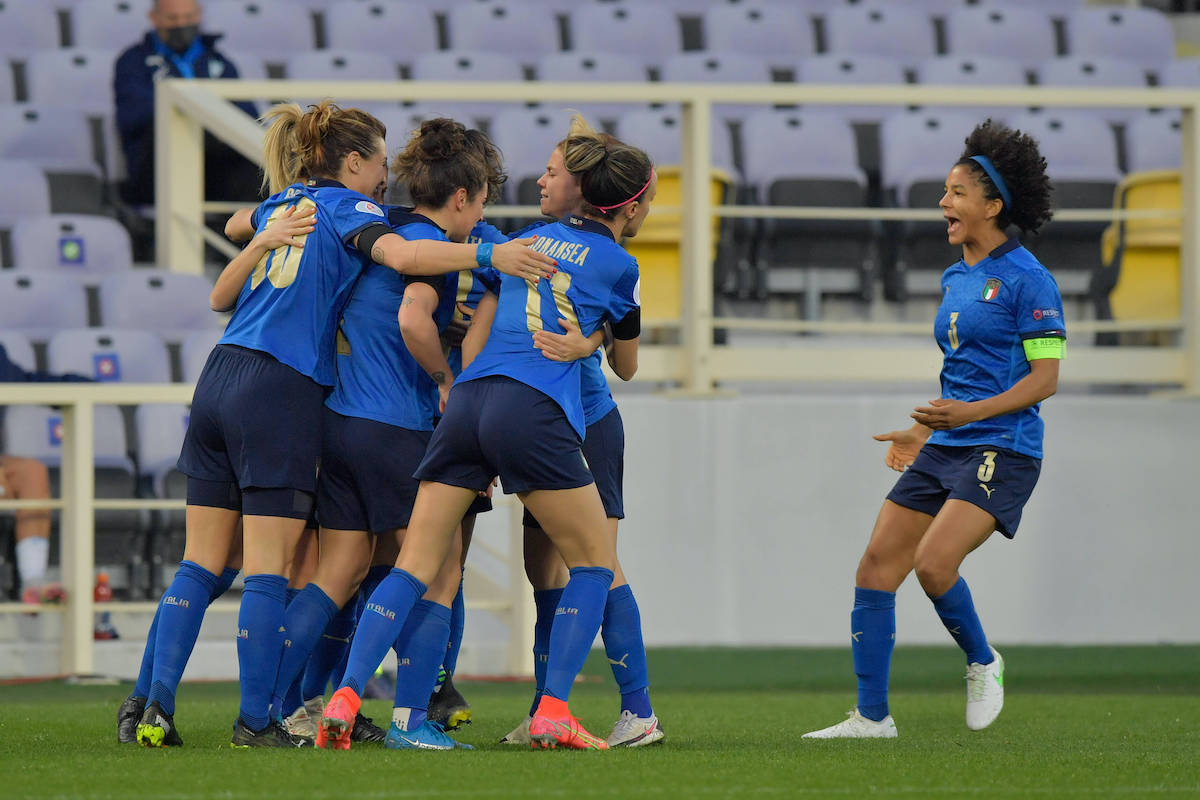 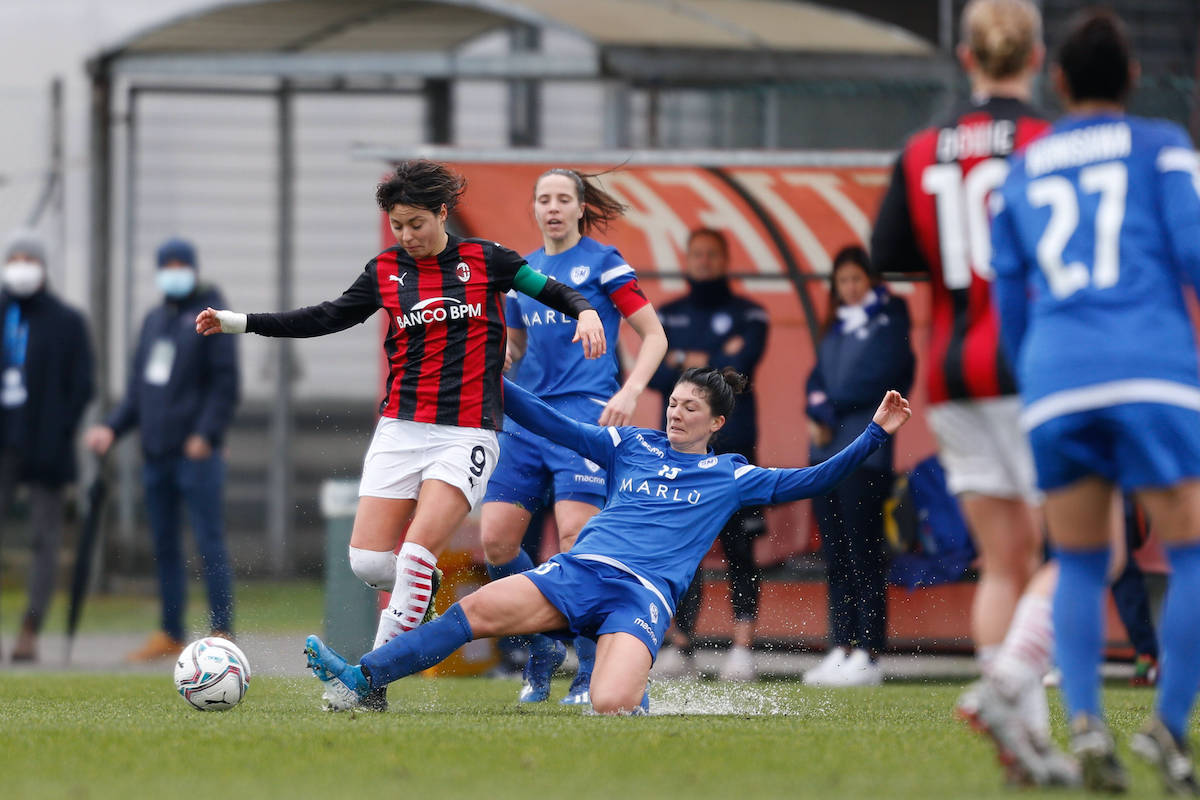 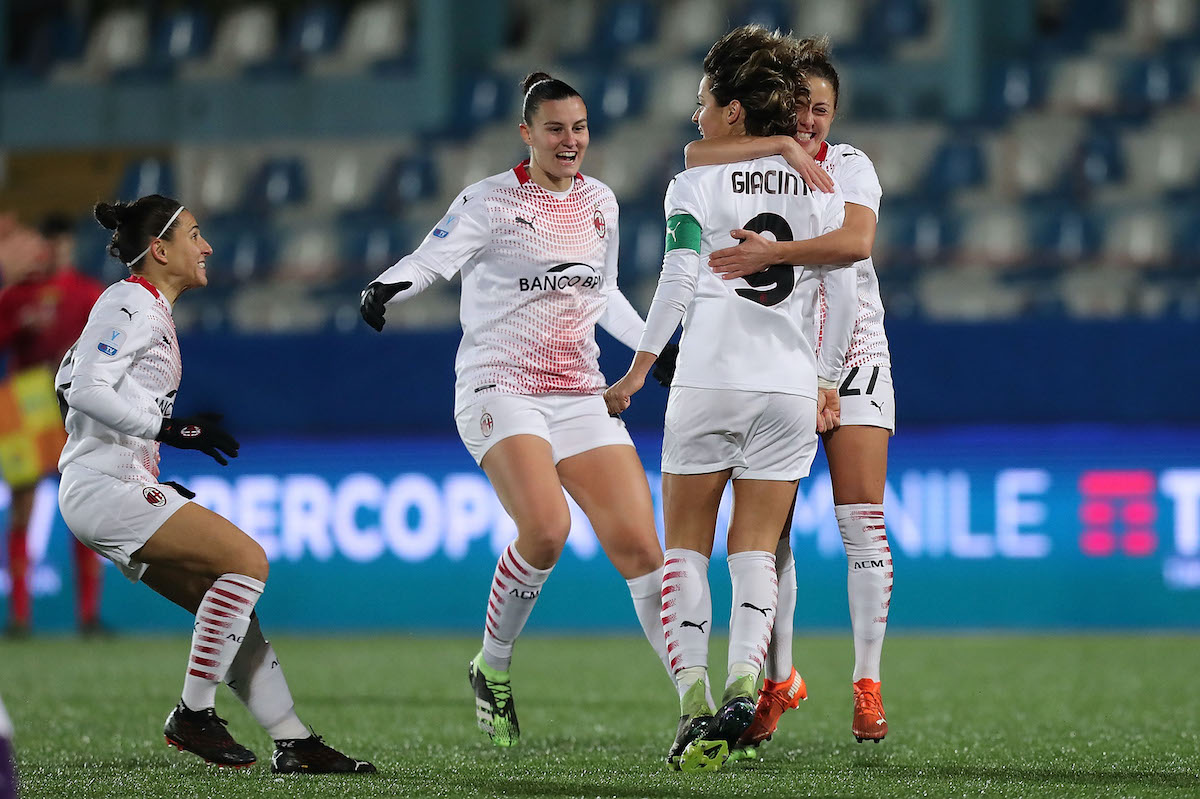