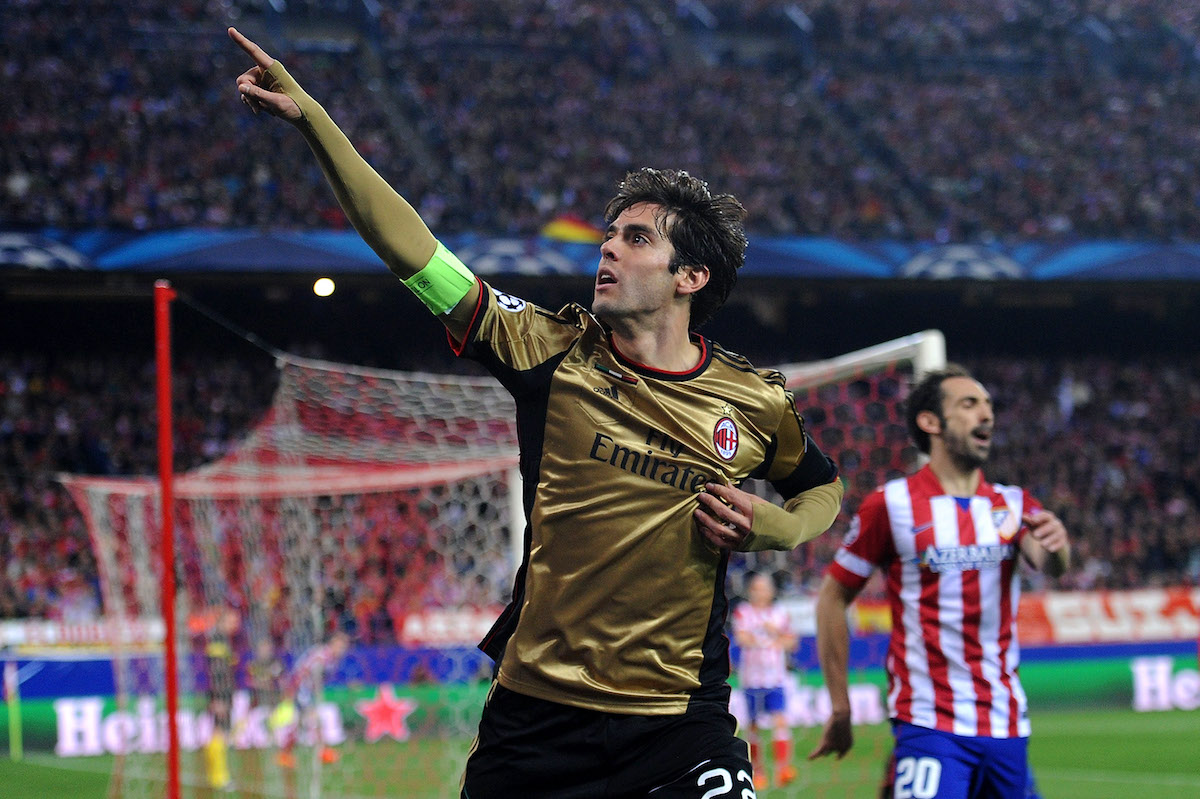 AC Milan travel to the Spanish capital to face Atletico Madrid knowing that they must win to keep alive their slim hopes of reaching the Champions League knockout stages.

Milan tasted defeat in the league for the first time this season when they lost 4-3 to Fiorentina on Saturday night, and they face a tough task to bounce back against the LaLiga champions, who need three points in this game themselves as they have an eye on Porto’s tough trip to Liverpool and the opportunity it presents to move into second ahead of the final round of games.

Stefano Pioli stated in his pre-match press conference that Milan are now more aware of the danger certain levels of opponent present, and encourages his team to give the fans something to cheer in the Champions League.

In terms of injury news, MilanNews report that both goalkeeper Mike Maignan and centre-back Fikayo Tomori will try to make it back in time for Sunday’s home match against Sassuolo.

Ante Rebic reported a problem with his flexors in training on the eve of the match against Fiorentina on Saturday night and should miss the rest of 2021 while Davide Calabria returned with a muscle problem in his calf in international duty but he has a chance of making it back before the Christmas break as he should remain out for another two or three weeks.

Meanwhile, Rafael Leao is not in the best condition and therefore his starting spot is in doubt. The Portuguese winger did an individual training session this morning before joining the group.

MilanNews reports the Milan team that Pioli could field tomorrow night in the Spanish capital and it starts with Ciprian Tatarusanu in goal, protected by a back four of Pierre Kalulu, Simon Kjaer, Alessio Romagnoli and Theo Hernandez.

The midfield double pivot should be Sandro Tonali and Franck Kessie again just as it was on Saturday night, with Alexis Saelemaekers, Brahim Diaz and Leao (or Krunic?) in support of the striker, which seems more likely to be Olivier Giroud at the moment.

Atletico Madrid won the league last season but have not quite kept up the same pace domestically this time as they sit four points off their city rivals Real Madrid who are in top spot, having drawn three and won three of their last six games.

Antoine Griezmann is available again after they were successful in appealing a second game of suspension but Felipe will miss out after he was sent off at Anfield. Right-back Kieran Trippier will not be available due to a shoulder injury and playmaker Joao Felix has a calf problem.

Centre-back Jose Gimenez should come back into the line-up while Luis Suarez should partner Griezmann up front, with Rodrigo De Paul among a midfield five as a player Milan know well.

Atletico certainly have the edge over the Rossoneri as they have an impressive record against the Italians and have won all three matches played in this competition.

The last meeting between the two teams in Madrid took place in the 2013-14 season and ended in a 4-1 victory for Atletico Madrid at their old home the Vicente Calderon, with Atleti having won the first game 1-0 at San Siro through a Diego Costa goal.

That 4-1 second leg defeat was Milan’s last game in the competition prior to the loss at Anfield in round one of the current group stage.

➤ Atlético Madrid have a 100% record against AC Milan in European competition, winning all three of their meetings, which have all been in the UEFA Champions League – 1-0 away and 4-1 at home in 2013-14, and 2-1 away from home earlier this season.

➤ Milan have lost each of their last five away games in the UEFA Champions League against Spanish opposition, with the most recent of those being a 4-1 defeat to Atlético Madrid in March 2014.

➤ The last Italian side to win away from home against Atlético Madrid in any European competition was Parma in the UEFA Cup in April 1999 (3-1). Since then, Atlético are unbeaten in seven games when hosting Italian opponents (W6 D1), scoring 16 goals and only conceding three in return.

➤ Milan have only won one of their last 16 games against Spanish opponents in the UEFA Champions League (D6 L9), beating Barcelona 2-0 at home in the Round of 16 in 2012-13. Indeed, they are winless in their last six such games (D1 L5), suffering defeats in each of the last four.

➤ Atlético Madrid have only conceded 19 goals in 40 home games in the UEFA Champions League under Diego Simeone. Among managers with 20+ home games in charge of a specific team, their goals conceded per game average of 0.48 under Simeone is the lowest in the history of the competition.

➤ Milan remain winless in the UEFA Champions League this season, drawing one and losing three of their four games in the group stage. Only once previously have they had a run of five games without a victory within the same European Cup/UEFA Champions League campaign (D3 L2 in 2009-10).

➤ Antoine Griezmann has scored in each of his last two UEFA Champions League appearances for Atlético Madrid (three goals), and will be looking to find the net in three consecutive games in the competition for the first time in his career.

➤ Since scoring against Atlético Madrid in the reverse fixture, however, Rafael Leão hasn’t attempted a shot in either of his last two appearances in the competition (175 minutes played).

➤ João Félix has been directly involved in four of Atlético Madrid’s last five goals at the Wanda Metropolitano in the UEFA Champions League, scoring three times himself and providing an assist for Antoine Griezmann against Liverpool in October.

For the home side, there is no doubting that having Griezmann back is very much a big boost. He scored the equaliser with a sweetly struck first time effort at the San Siro which ultimately broke Milan’s resilience, and his WhoScored rating of 6.99 this season is among the highest from both sides.

Where there could be a real battle though is in the midfield. If De Paul and Lemar start in a midfield five for Atleti as expected, then Kessie and Tonali will have a hard job keeping two immense creative forces from either scoring themselves or getting the ball forward.

For Milan, it feels as though it is time to see Olivier Giroud get his first goal for the club away from San Siro, having netted all his goals at home so far. Brahim Diaz will feel this one a bit more too given he is on loan from Real Madrid, while the same can be said for Theo Hernandez who also serves a crucial tactical purpose and could carry all the threat down the left side if Leao is out.

This feels like a very tall order for Milan as they have shown their inexperience in the Champions League so far, and they face a team that regularly makes it to the knockout stages, is fully of quality and will also class this as a must-win themselves given Porto’s tough fixture. We hope to be wrong with this prediction.