AC Milan kick-off their preseason campaign properly on Tuesday night as they take on Bayern Munich in Kansas City.

Milan have already technically played one test game; drawing 1-1 with Novara at Milanello on Friday as Theo Hernandez netted a screamer in his first appearance for the club.

However this is considered the first real encounter of an important summer for the Rossoneri as they begin their 2019 International Champions Cup campaign against the Bundesliga champions.

Games against Benfica and Manchester United will follow after, so the tournament will provide three interest litmus tests for Marco Giampaolo and his new 4-3-1-2 system.

Giampaolo will however have nowhere near a full squad at his disposal, and instead it will be an opportunity to see a number of players get important minutes under their belt.

Ivan Strinic and Mattia Caldara are still out with ankle and cruciate ligament injuries respectively, while Andre Silva has left his team-mates in order to secure a move to Monaco.

Giacomo Bonaventura has been included in the squad that has travelled to North America following a long-term injury, however he is not expected to feature extensively in the three friendlies if at all.

Meanwhile, Franck Kessie was not included in the squad due to his involvement with Ivory Coast at the Africa Cup of Nations, while Diego Laxalt is expected to join up on the day of the game Lucas Paqueta is not due back until July 30.

Bayern have a pretty strong squad available for Tuesday’s game at the Children’s Mercy Park (the stadium is seriously called that) and they will be looking to kick start another season of success.

They beat Real Madrid 3-1 at the NRG Stadium in Houston on Sunday to kick-off their ICC thanks to goals from Corentin Tolisso, Serge Gnabry and Robert Lewandowski.

The Bavarian side won a record-extending seventh consecutive Bundesliga title last season as they capitalised on a collapse from rivals Dortmund, but they are undergoing somewhat of an overhaul themselves. 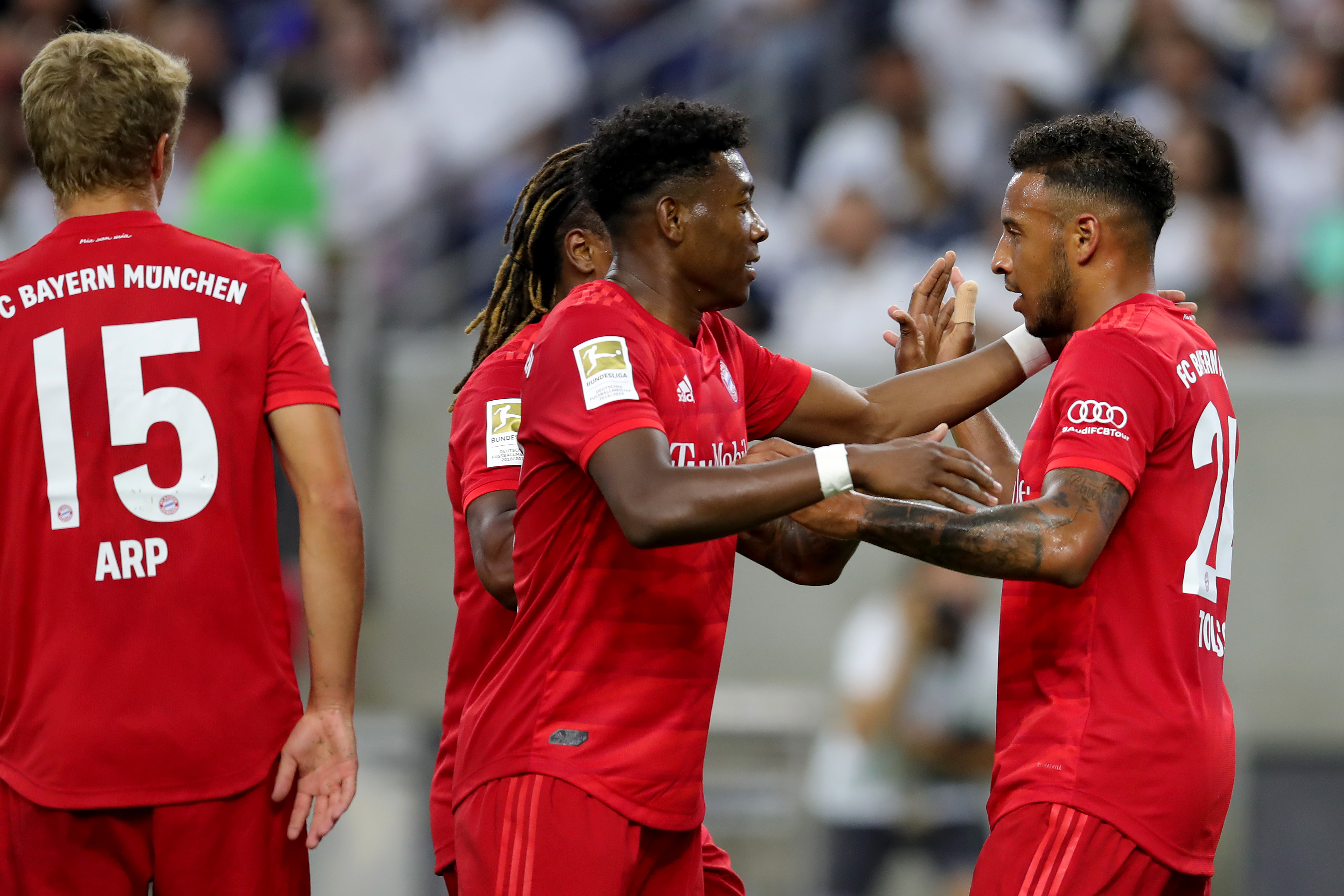 Mats Hummels (Dortmund) and Rafinha (Flamengo) have both left, while familiar faces Franck Ribery and Arjen Robben have also departed on free transfers.

Lucas Hernandez has arrived from Atletico Madrid for €75m – the brother of new Milan signing Theo – however he has not travelled with the Bayern squad as he is recovering from knee surgery.

​​Meanwhile, veteran centre-back ​Jerome Boateng will also not be present as he has returned to Munich for personal reasons, having seemingly been told by Bayern to try and find a new club.

New signings Benjamin Pavard – who joined from Stuttgart – and Jann-Fiete Arp – from Hamburg – could feature.

The two sides last faced off in 2017’s version of the International Champions Cup, which saw Milan hammer their German opponents 4-0 in China.

Vincenzo Montella’s side found themselves three goals up at half-time thanks to Kessie’s opener and Cutrone’s brace, while Calhanoglu added a sweet fourth late on.

They also met a year earlier in the 2016 International Champions Cup, that game ending in a thrilling 3-3 draw.

The last time Milan players Bayern competitively was 12 years ago in quarter-final of the ​Champions League back in 2006-07, where Milan won 2-0 in Germany to secure a 4-2 aggregate victory.

At this stage in preseason it is all about fitness and getting a first look at how the team will attempt to set up under Giampaolo.

Nevertheless, there will be eyes on Mateo Musacchio to see if he can re-establish himself as Romagnoli’s partner, while Suso’s performance as an attacking midfielder will no doubt be heavily scrutinised.

Marco Brescianini at just 19 years of age is an interesting prospect for Milan, so it will be interesting to see how he slots into the midfield system and whether the boss sees a role for him this season beyond the Primavera.

The results – especially so early in the summer – mean very little. The hope should be that Milan run into a fired up, well-drilled Bayern so as to give them a proper test and help them acclimatise.

Bayern have already got a game under their belts and looked very impressive, so they are favourites for this one.