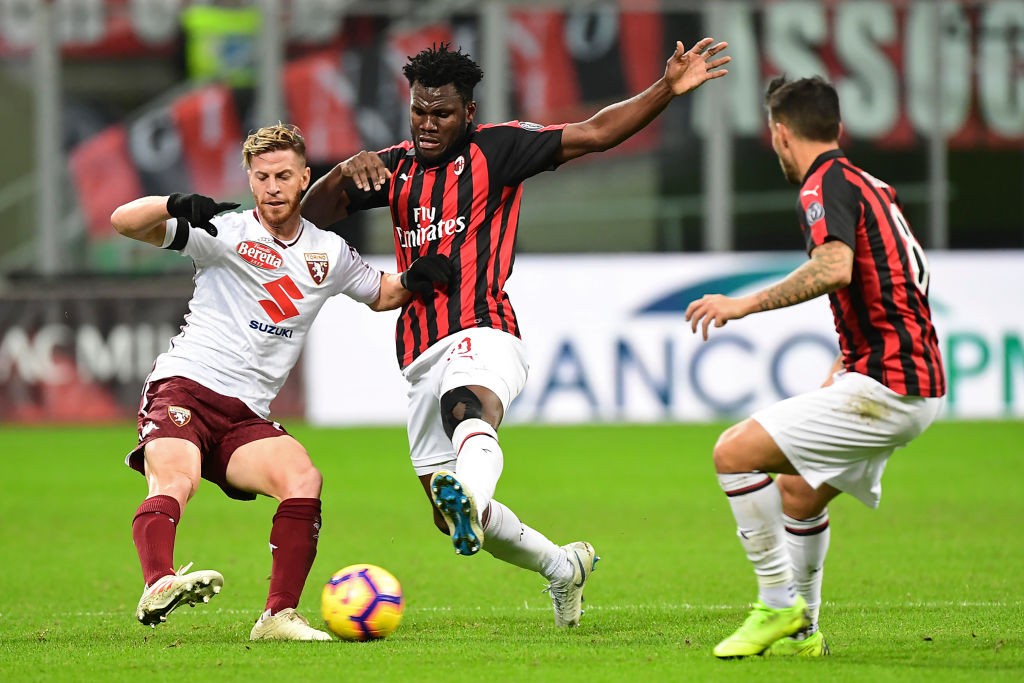 AC Milan will be looking to progress to the semi-finals of the Coppa Italia when they host Torino at San Siro on Tuesday night.

Having overcome SPAL 3-0 at the Meazza at the last 16 stage, the Rossoneri have the opportunity to reach the final four of the cup for the fourth time in the last five seasons.

As mentioned, Milan enter Tuesday’s game on a good run of form, but Pioli has stated that he will make changes in order to give some of his players a well earned rest.

Milan are still without Leo Duarte, while Lucas Biglia and Davide Calabria are also doubts after picking up knocks earlier this month.

Tuttosport reported earlier on Monday that the Milan boss could make a number of alterations to the XI which won in Brescia on Friday night, including starting Ante Rebic and Krzysztof Piatek – heavily linked with an exit – starting up front together.

In addition, the paper claimed that Mateo Musacchio will come in for Simon Kjaer, while Hakan Calhanoglu should be benched in favour of Giacomo Bonaventura. Asmir Begovic may also get his first start since arriving from Bournemouth.

Ismael Bennacer is suspended for the weekend’s game against Hellas Verona due to the accumulation of 10 yellow cards, meaning he may play in this game and get his rest then.

Suso and Ricardo Rodriguez are expected to be left out with rumours both are set to be sold to Sevilla and Fenerbahce respectively.

Torino were left licking their wounds after being demolished by Atalanta over the weekend, and Mazzarri responded by sending the team into a ‘ritiro’ (retreat).

The Granata ended their 7-0 defeat with just nine men on the pitch but suspensions in ​Serie A do not carry over to the Coppa Italia. However, Soualiho Meite will not be available as he was sent off in the last 16 as il Toro beat Genoa 5-3 on penalties.

Cristian Ansaldi and Simone Zaza will miss the game through injury, while Diego Laxalt could feature against his parent side for the team currently 12th in the league.

As 90min.com note, the two sides have met 161 times throughout their illustrious history, with the Rossoneri having had the upper hand with 65 wins to Torino’s 39.

However, earlier in the season it was Turin side who walked away victorious as Andrea Belotti was the hero at the Stadio Olimpico Grande Torino; his second-half brace – including an overhead-kick to win it – cancelling out Krzysztof Piatek’s first-half penalty.

You have to go back almost 20 years to find the last time Torino were winners over Milan in San Siro. In that particular game, the Granata beat a Milan team including Paolo Maldini, Demetrio Albertini and Andriy Shevchenko, but Milan went through on aggregate anyway.

Milan’s main threat at the moment seems to be Ante Rebic, despite the fact he has come off the bench in each of the last two Serie A fixtures before scoring.

The Croatia international has three goals in two games which have earned six points, and under the lights at San Siro presents another opportunity for the on-loan Eintracht Frankfurt forward to add another positive chapter to his Rossoneri story.

For Torino there is one ever-present threat: Andrea Belotti. A player often linked with a move to Milan and a boyhood Milanisti, the striker nicknames ‘il Gallo’ is capable of winning games on his own on a good day, as the Diavolo found out first hand earlier in the season.

Belotti already has 15 goals and two assists in all competitions so far this season, and for Milan it feels like if they can keep Torino’s No.9 quiet, that may be most of the battle won.

Considering the changes that Milan are likely to make and the crucial upcoming fixtures against Hellas Verona and Inter, it would be wrong to assume that Torino could be in for another hiding.

However, the team is full of confidence at the moment and this provides an opportunity to play with slightly less pressure, so we predict a ‘job well done’ kind of victory.