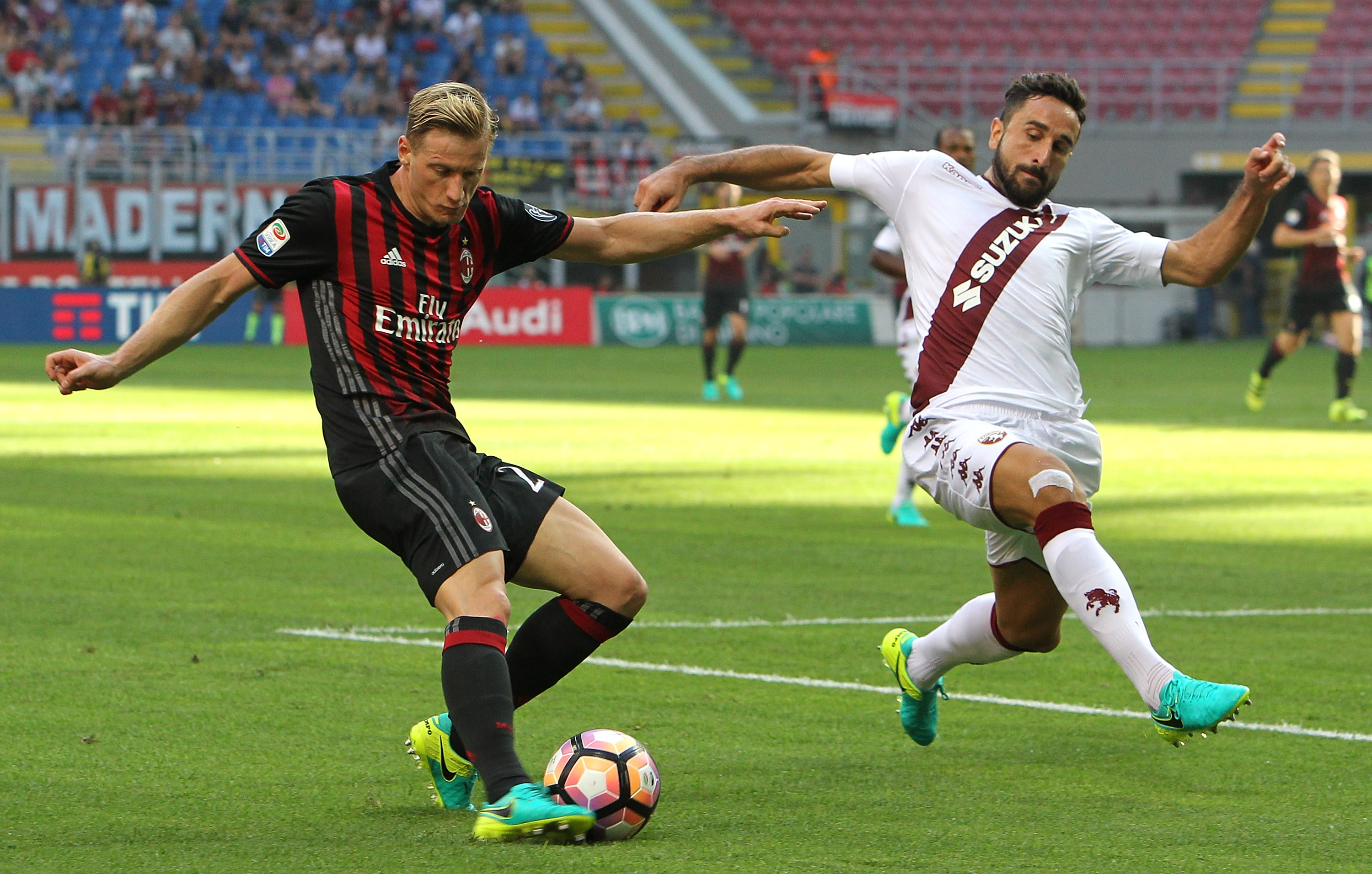 Preview: Coppa Italia Round of 16 – Milan vs. Torino

After a difficult win against Cagliari on Sunday, Milan will try to keep their confidence alive with a qualification for the next round of the Coppa Italia.

After reaching the final last year under coach Sinisa Mihajlovic, Milan is returning to the tournament to face their former coach.

Milan have found a different style under their new coach, Vicenzo Montella. This new team has proven to be strong enough to compete against any team in the league, however, they will have to stay focus if they want to stay in this tournament and maybe reach the final once again this year.

Torino have also been getting better in their last games in Serie A. With quality players like Andrea Belotti, Falque and Ljajic, they have a very dangerous attacking trident that can hurt any team they face.

Considering how electrifying and tense the game was the last time Milan faced Torino, we can expect a very suspenseful game this Thursday.

Alessio Romagnoli is expected to be rested after suffering from flu, Gustavo Gomez is set to take his place in the starting eleven.

M’baye Niang, on the other hand, is suspended and will miss the game. Bonaventura is expected to take that position, moving up from his usual midfield position.

Bacca also could be rested and Lapadula could start in his place, Sosa is expected to replace Locatelli, and either Bertolacci or Poli could take Bonaventura’s spot in the midfield.

With another game against Torino this Monday, it is important for coach Montella to rotate the team to make sure they are not too tired to carry on the chase for a Champions League spot.

Ignazio Abate and Juraj Kucka are training normally, but only Kucka is expected to return to the starting eleven against Torino.

Juraj Kucka will be playing his first game in 2017 after missing the game against Cagliari due to an injury.

Gianluca Lapadula is definitely a player to watch as he is trying to secure a spot and prove that he is as important for the team as Carlos Bacca is.

Bertolacci and Honda (if he starts) will also be interesting to watch, Bertolacci is coming back from a serious injury and is now fighting Manuel Locatelli to be the first choice for the regista role, Honda has not played a lot of this season and has started only one game since the start of the season, this will be an opportunity for him to prove his value to the coach.

On Torino’s side, Andrea Belotti will be a constant threat as the player is having the best season of his career, with 13 goals this season in the league so far, he is definitely a player to keep an eye on.

The two teams met during the first round of Serie A this season back in August. The game started well for the Rossoneri with a 3-0 lead and a hattrick for Carlos Bacca before an unexpected comeback from Torino with goals by Belotti and Daniele Baselli. Unfortunately for Torino, they could not equalise despite obtaining a last minute penalty as Donnarumma saves Belotti’s strike.