AC Milan face Lazio in the first leg of the Coppa Italia semi-final on Tuesday night.

The game will be played in Rome, and the Rossoneri are coming off a 3-0 victory over Empoli, encouraged to continue the excellent form, while Lazio did not play in Serie A this week due to the fact they played in the Europa League against Sevilla, losing 2-0 thus being knocked out of the tournament.

Both teams were underdogs in their respective quarter-final fixtures, with Lazio winning against Inter on penalties and Milan knocking out Napoli with two goals from debutant Krzysztof Piatek en route to a 2-0 win.

Gattuso was unable to rely on Suso for the win against Empoli due to a suspension thus giving a chance to Samu Castillejo to shine, but both will be available for the fixture at the Olimpico on Tuesday night. 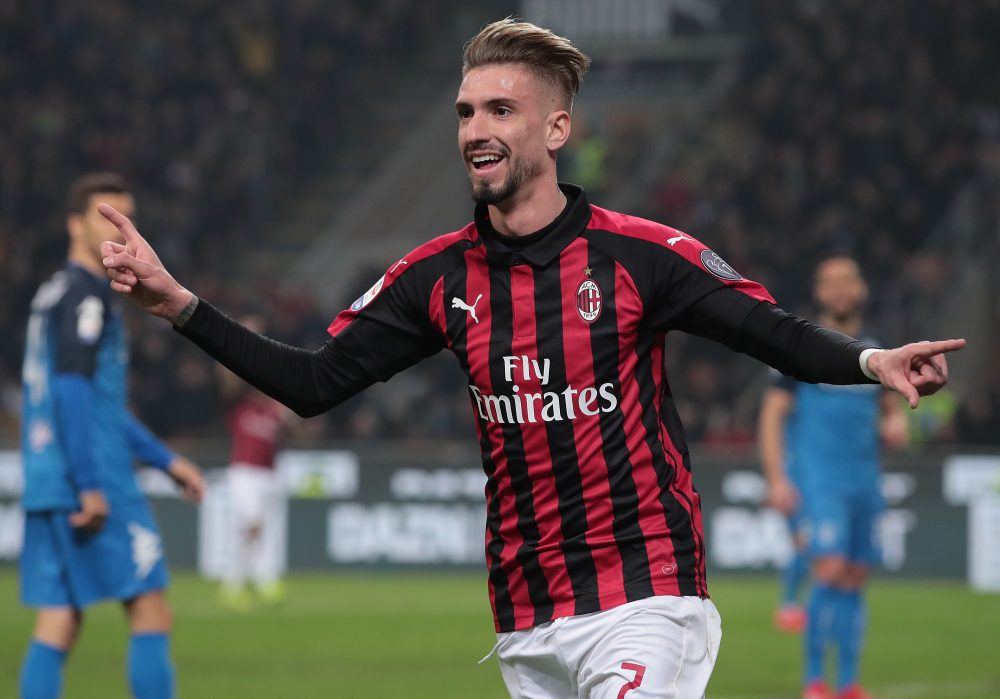 Another change against Empoli was that Davide Calabria was rested in favour of Andrea Conti, who made his return to the starting line-up after almost two years. Both of them did well with Samu managing an assist and a goal, assisted by Conti himself, who played a strong game but did look shaky in defence.

Suso and Calabria should most likely be playing from the start against Lazio with those two being the only changes to the squad.

As in the previous Cup game against Napoli, the main man will be Piatek: the Pole is on fire with seven goals in six games since his debut for the club.

One player who may be in doubt is Hakan Calhanoglu, as the Turkey international is expecting the birth of his child, but Gennaro Gattuso hopes he can call upon him him on Tuesday night.

Lazio are coming off the back of three straight losses in all competitions, including being knocked out of the Europa league and losing to Genoa in their last Serie A meeting.

The Biancocelesti are experiencing some issues with injured players mostly in defence with Luiz Felipe, Bastos and Wallace unavailable for the game with Senad Lulic also in doubt as he has a knee problem.

Despite the problems, Lazio should not be underestimated as they have players like Ciro Immobile, Sergej Milinkovic-Savic and Joaquin Correa who could cause trouble to the Rossoneri defence.

Immobile is probably the main man for Lazio, as the Italian has 15 goals and eight assists in 30 games this season. 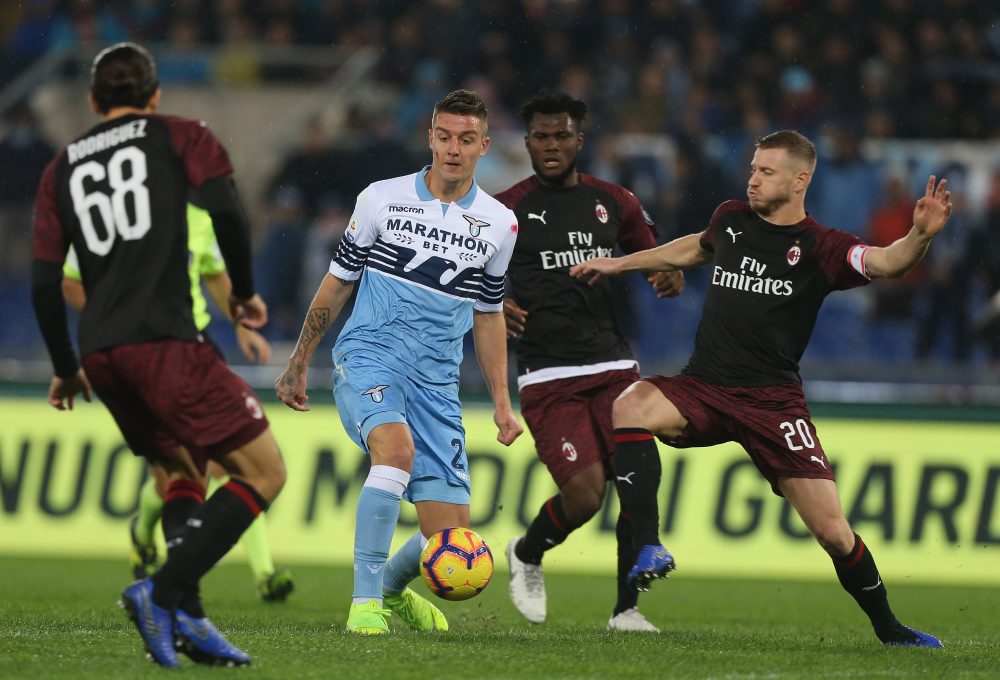 The last time the two teams faced each other, the score ended up 1-1 with Wallace giving up an own goal and Correa scoring the equaliser in the 94th minute.

Gattuso was heavily criticised in that game for not making the correct substitutions, but he did have lots of injury problems to contend with at that moment.

Ignazio Abate and Cristian Zapata were playing as centre backs with Calhanoglu playing in the midfield behind Patrick Cutrone, Fabio Borini and Suso. This time around the squad looks much better with only Giacomo Bonaventura (out until the end of the season) and Mattia Caldara out – with the latter due back at the beginning of March.

Piatek will be, without a doubt, in the spotlight again as the Rossoneri fans will hope he continues his rich vein of form against Lazio. The Polish international has only played six games for Milan, but expectations have grown rapidly, and he will be the main man yet again. 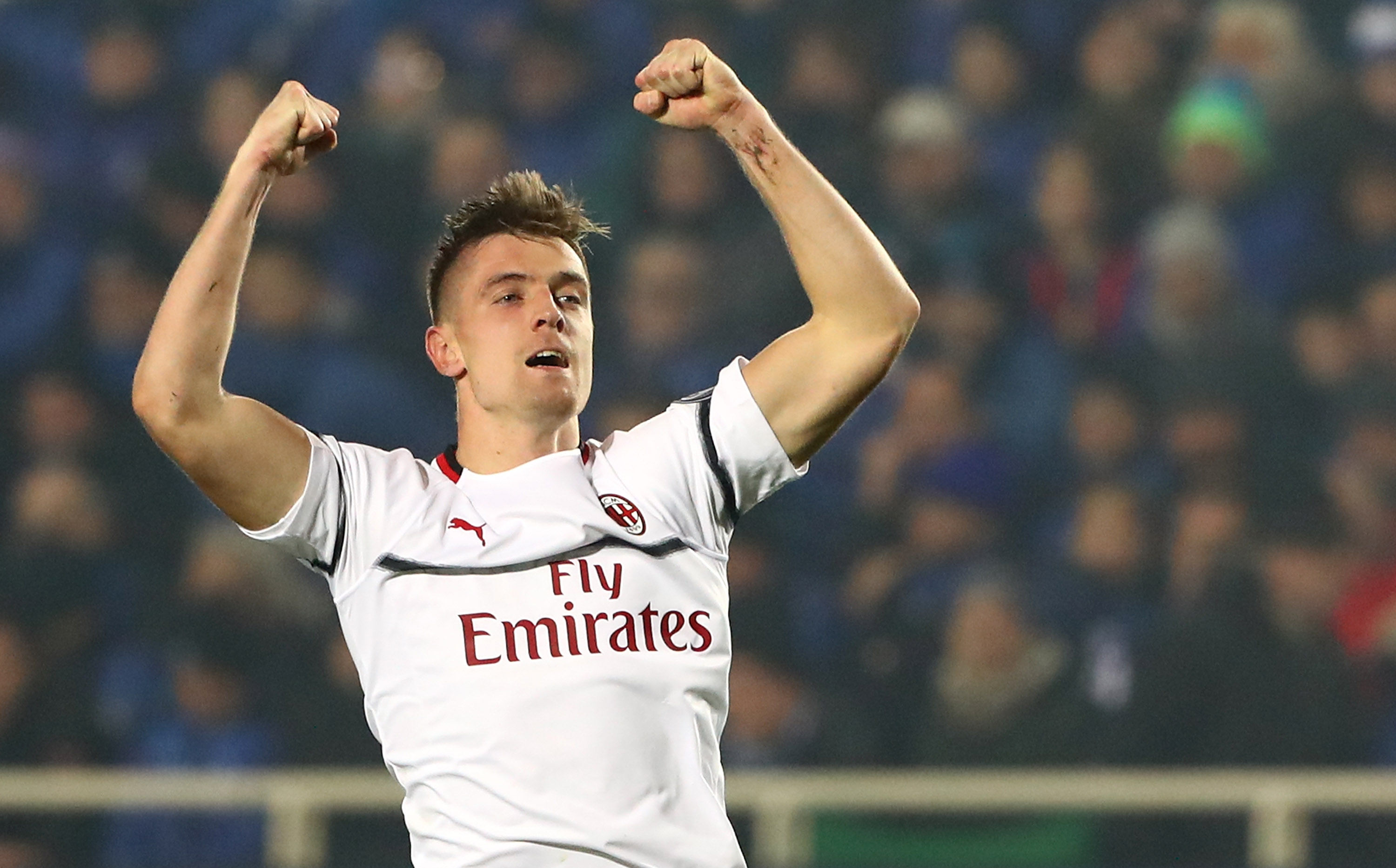 It would be interesting to see Suso’s response to recent comments about his bad form. The Spaniard started the season strong, but his form has fallen, having only one goal on his name since December.

Milan have lost only four games in the Coppa Italia since 2015, three of them being to Juventus (two of which were finals).

Gattuso has built a very compact team with everyone looking settled and happy in the team as they are improving with every game, so why shouldn’t we be optimistic?